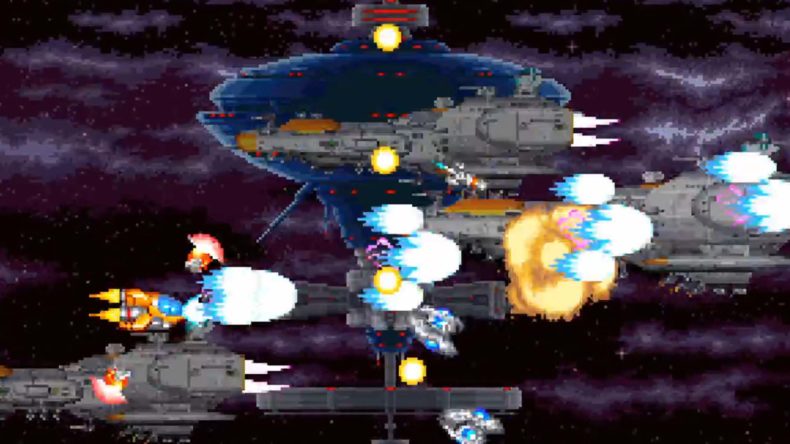 It may not be spoken about as often as more well-known Neo Geo horizontal shooters like Blazing Star or Last Resort, but Visco’s Andro Dunos (1992) was nonetheless a lovely little game. Sharing more DNA with the likes of Hellfire and Thunder Force than the other R-Type-esque blasters on the system, revisiting it today reveals a tough arcade experience well worth your time.

Small indie Picorinne Soft sure liked it – enough that they have taken the IP and produced a lovingly crafted sequel to coincide with its 30th anniversary. To the naked eye, this follow up doesn’t mess with the original formula much at all. In fact, as functional as they are, the pixel art graphics could be lifted straight from the original hardware. Anyone who owned or played an Amiga – a home micro that I suspect I sat in front of daily for a three-year period during my formative years – will have heard the compositions of Allister Brimble. 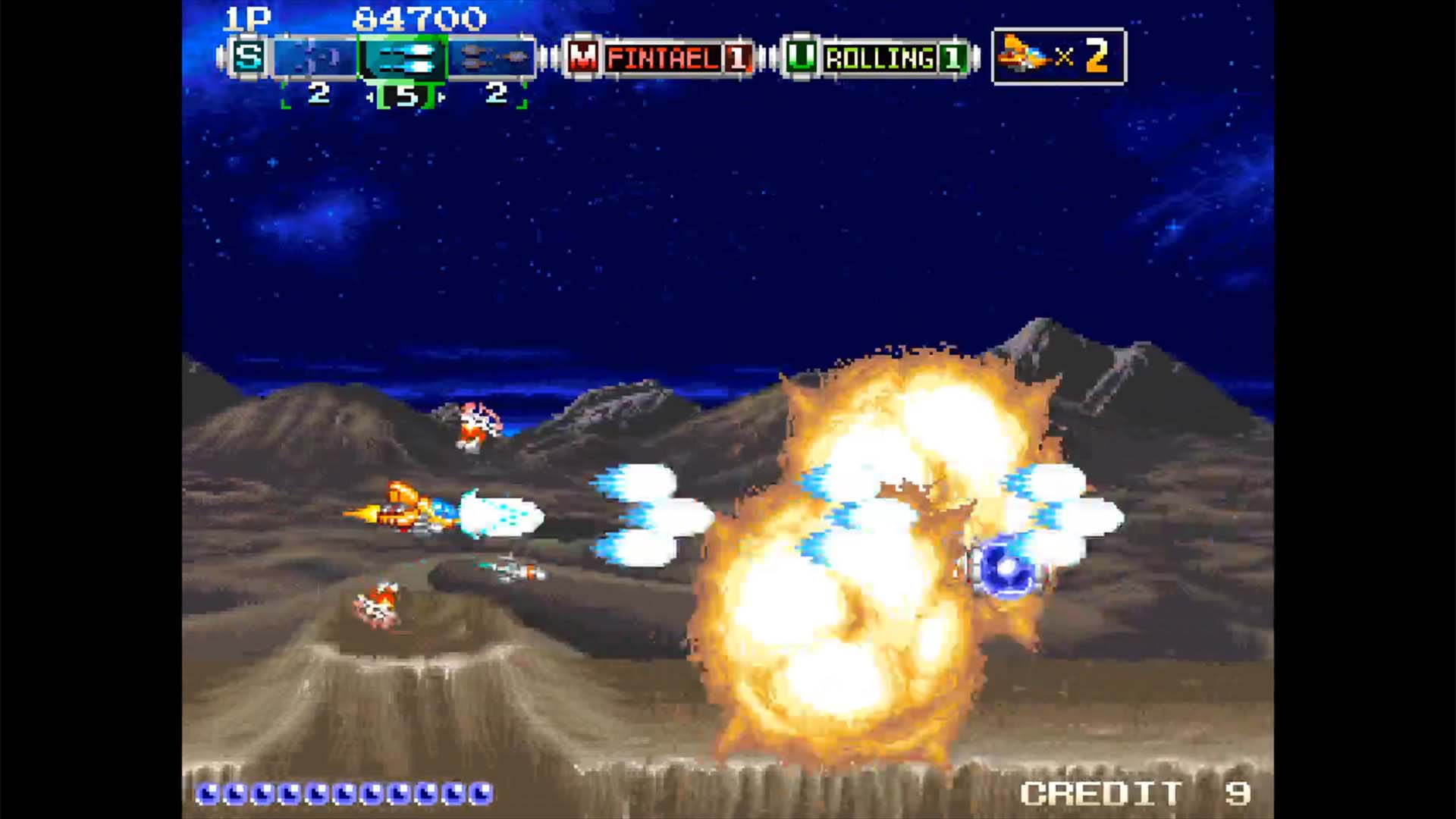 Almost synonymous with Team17 (who knocked out classic hori shooter Project X – one of the only Western entries to the genre worth bothering with), Brimble delivers a cracking old school soundtrack for Andro Dunos 2 that really helps maintain the retro feel. Once you get to grips with the way it plays however, you will find that this is a much more playable and sophisticated beast.

Your teeny orange spacecraft comes pre-equipped with four different weapons which can be scrolled through at any time. You can obtain pickups from downed foes that enable each of these bad boys to be beefed up to the power of seven. There are also collectable shield power ups and improvements to your missile loadout. Each time you take a hit and lose a life, your weapon is also downgraded – but only by one tier, mercifully. Each of your weapons has its own corresponding charge shot which allows you to unleash a hellacious super attack.

You can use these to your hearts content, but each time you enter this hyperdriven state the tradeoff is a cooldown period during which your weapon power drops down to its weedy initial state. You can combat this by rotating your weapons, and it pays off to try and steadily power up all of your different types so that you aren’t compromised by extended periods of peashooter-weak offence. 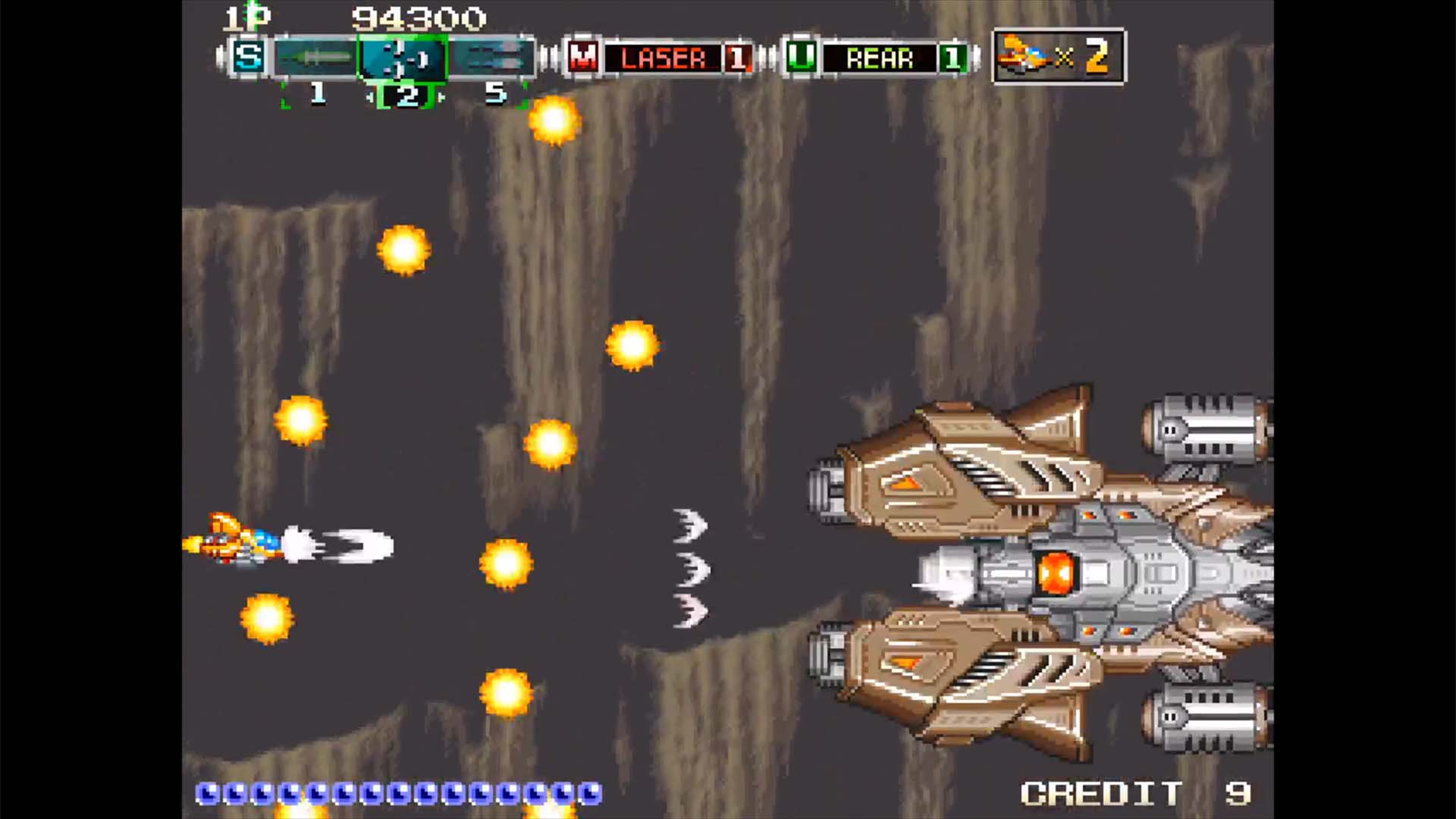 Like its forebear, there is a good variety of eclectically designed stages that sometimes see vertical scrolling as you enter caves and tunnels, navigate all manner of structural hazards, and work your way through to one of the many inventive, often screen-filling bosses. Spicing up the gameplay are the thirty collectible orbs that litter each stage. Snaffling all of these lends your strategy a risk/reward element – a successful haul allows you upgrade your ship between stages – but focusing on orbs alone could leave you prone to eating enemy lead as you lose concentration.

This is a fine effort and well worth your time if you have ever spent time in an 80s or 90s amusement arcade – but does have a few tiny flaws that may or may not hinder your experience. The big one is the fact you are unable to re-map the weapon selection buttons. Fine if you are playing with a pad or the Switch controllers – but a pain in the arse if you are going down the arcade stick route. There also relatively few options for the visual display – the borders are ever present on a letterboxed display, and there are none of the filter options you would expect from a game that draws so heavily on a time when the CRT was king. But these are not deal breakers by any stretch – this is still a great time, and a challenging one that is no pushover to one-credit.

Andro Dunos 2 is still a great time despite minor flaws, and a challenging one that is no pushover to one-credit.