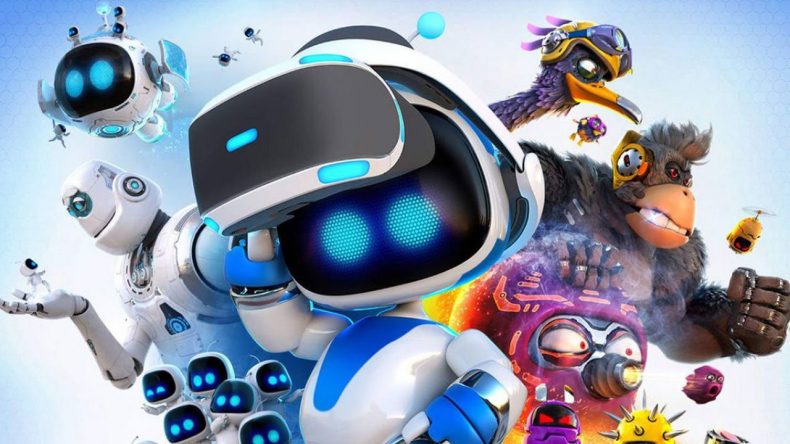 PlayStation VR has had its ups and downs, and it’s still going through an experimental stage even after the few years since it’s been out, but recently it’s starting to feel like it’s getting somewhere, with the FPS marvel of Firewall: Zero Hour providing a genuinely good shooter with plenty of depth to its gameplay. Now, thanks to Astro Bot Rescue Mission, there’s another game worth purchasing a PSVR for, or becoming reacquainted with that spontaneous purchase you made and never quite fell in love with. There’s a lot of charm on show, and it goes way beyond the main robot’s cute appeal. The world’s are colourful and welcoming, the controls are tight and rewarding, and its simplistic approach makes for hours of fun and frolics.

Astro Bot Rescue Mission sees you rescuing eight of your robopals in each stage, along with collecting Chameleon Challenge Tokens that allow you to partake in exciting mini-missions outside of the general progression, with plenty of coins to spend in the shop in your ship. But it’s the way you do all of this that provides such an enjoyable experience. You are a giant robot that controls Astro, sitting out of view – being more of a camera – watching and observing the surroundings to find exactly where your buddies are hiding. Think Mario Sunshine, but instead of sitting behind a TV screen you’re right there, a part of the world, exploring together and controlling Astro with the DualShock. The five worlds are split into stages, taking place in locations such as jungles, beaches, and caverns filled with deep chasms, creative traps, and cheeky little enemies that want to stop you from succeeding. You’ll look around corners to see where to go, and find a new route to explore. The world surrounds you so you’ll often have to look around and above you to take the next steps in your journey. In one of the jungles, giant leaves circle up around you, and you’ll have to jump up to the next one to progress, meaning at one point Astro is walking directly above you. It’s so cool to see him stood right near to you, waving away and generally being a sweetheart.

As far as the controls go, you’ll punch enemies with Square regardless of the type, and jumping can be performed by pressing Cross, followed by another press to make Astro hover. There are different gadgets you’ll get to use, such as a shuriken, a grappling hook, and a water gun, with each one serving a purpose. The water gun will help plants grow and provide extra platforms, and the grappling hook will let you pull down rubble or create a tightrope for you to walk across. They add that little bit more depth to the gameplay and helps to stop things becoming repetitive. It’s never a chore to play Astro Bot because of how lovely it is. Visually – despite the PSVR’s limited resolution – there’s so much going on that you’re constantly fascinated by your surroundings. Astro won’t always be walking in front of you; sometimes he’ll have to jump down into a pit below or climb up a succession of rock faces, and it pushes you to remain immersed in the game. On completing a stage, your robot friends and you’ll do a funky little dance in celebration of your success, and as I mentioned earlier, Astro is such a happy chappy. It’s such a shame VR isn’t supposed to be played by under 12s because this would be perfect for children. Thankfully, I’m a big kid and I get to enjoy it all to myself.

There are moments where you’ll have to get involved, and whilst these aren’t particularly challenging, Astro Bot Rescue Mission never forgets that you’re still a part of the experience. Sometimes, giant bees will fly towards you and you’ll have to headbutt them out of the way, or metal panels will also need you to headbutt them, making you feel like Begbie from Trainspotting. There’re also big blob monsters that spit goo at you and obscure your vision, so you’ll need to either move Astro towards them for a pounding, or use the water gun to restrict their abilities. The boss fights are one of the coolest elements, providing you with relatively simple patterns to beat them, but you’ll also get to use your gadgets to take them down. The first boss is a giant ape, where punching his teeth and firing your grappling hook at his teeth will pull it into the skyscraper roof to knock him for six. Perhaps one of the main grumbles I have is the misdirection you’ll get when firing the grappling hook. I was aiming in one place and it sometimes fired in a different direction. It doesn’t happen a lot, but it did prolong some of the fights and puzzle solving required to help me progress.

Astro Bot Rescue Mission is a huge step forward for PSVR, and offers such an immersive platforming experience that throws you right into the heart of the action. Astro is a great character, the worlds are gorgeous and surprisingly detailed, and the gameplay has just the right amount of variety to keep you hooked. This is a must-have for PlayStation VR owners, and definitely one to recommend for those yet to own one.

Not only is it the best platformer on the PSVR, it's also good enough to rival some of the recent releases on modern consoles. It's a fun, friendly, and charming title that will make you 'ooh' and 'ahh' for the game's duration.

You may also like
astro bot rescue missionJapan Studio