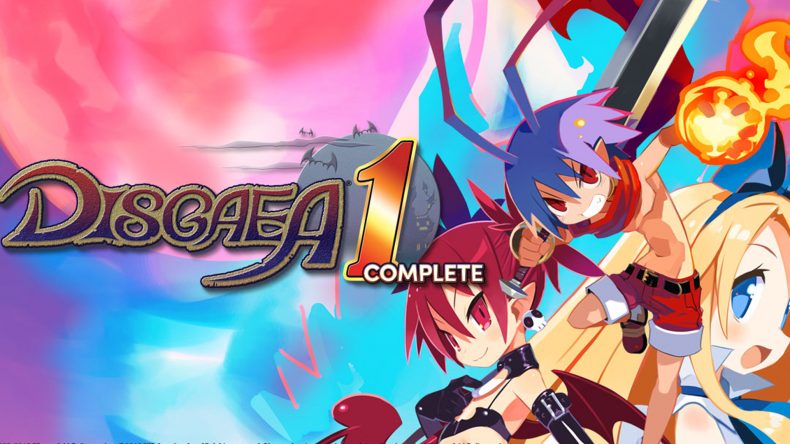 When NIS America started porting games to PC, I knew the ports would eventually see console releases because no Japanese publisher goes to all the effort of an enhanced release just for PC when the majority of sales will still come from consoles. The original Disgaea hit PC in the form of Disgaea PC over two years ago and that serves the base for Disgaea 1 Complete now on PS4 and Nintendo Switch.

While most PS4 and Switch owners likely got into the fantastic Disgaea franchise through Disgaea 5 or Disgaea 5 Complete, the other games are still well worth playing but they haven’t been available outside the PS3 and Vita for the most part. I’m glad NIS has started going into the archives for older games to see new life on new consoles. If you skipped the PC version, Disgaea 1 Complete is the culmination of the best of every version of Disgaea in a single fantastic package for both PS4 and Nintendo Switch. It has been more than 15 years since the original hit PS2 before seeing ports to PSP and then Nintendo DS. In fact, Disgaea 5 Complete was the first Disgaea game on a Nintendo platform since Disgaea DS in 2008.

Disgaea’s story is never amazing. It is funny and serves the purpose but it will never be the real draw of the games. If you’re looking for a tactical game with a superb narrative, look into Valkyria Chronicles. Disgaea games are always worth playing for statistics fans and for the RPG elements rather than story. There’s some great humour here though. Laharl wakes up after two years of deep sleep to find the throne taken away and his father Dead. He needs to reclaim it with the help of batshit insane characters who join his side. Disgaea 1 maybe about becoming the Overlord of the Netherworld but the combat and grinding are the highlights for sure. You can never have too many Prinnies either dood. Making its way from a previous port, Etna mode is also an option here and you can use the original DS unlock code for it to play right from the get go. If you’ve never played a Disgaea game before, imagine Final Fantasy Tactics but with everything turned not just to 11 but to 9999. Combat is grid based but no game lets you pull off over the top unimaginably mad moves like Disgaea. In addition to grinding (grinding is actually a normal aspect here) for levels for characters, you can even level up items. The statistical possibilities are usually nearly endless with the amount of character types and how many you can take into a single encounter.

In addition to prettying up the environments and interfaces across the board, Disgaea 1 Complete now uses HD sprites as opposed to the old school ones in all other versions of the game. Even the PC version that serves as a base for this release still uses the older sprites. There are a few textures here and there that sadly are low resolution and feel out of place. When it comes to visuals, I got almost everything I wanted. It is unlikely that these will be patched since the game released in Japan a little while ago but while this is definitive Disgaea 1 experience, it sadly isn’t perfect when it comes to visuals. Tenpei Sato’s score is still as great as it was years ago. You also have the option to play with English or Japanese voice acting. Barring the few visual issues, the only real drawbacks of this release are the price and some of the mechanics. You’d think a new release of an old game would have all the new quality of life fixes and new gameplay improvements added in but Disgaea 1 Complete is basically the original gameplay prettied up. The price is another concern. While this isn’t an Ultra Street Fighter II: The Final Challengers situation where the content felt way too overpriced, NIS America should’ve gone with a lower asking price than 50 pounds which is what most full priced games cost these days.

Overall, this is a must play for any tactical RPG fan. It isn’t as polished gameplay wise compared to Disgaea 5 Complete but it is still a great game. You can never have too much Disgaea. Hopefully this does well enough so we see ports of the other games to PS4 and Switch in the future. If you’ve never played an entry in the franchise before, this is the best starting point even though 5 is a much better game.

Too expensive
Some visual inconsistencies

Disgaea 1 Complete is the definitive version of the first game in of the best tactical RPG franchises ever.