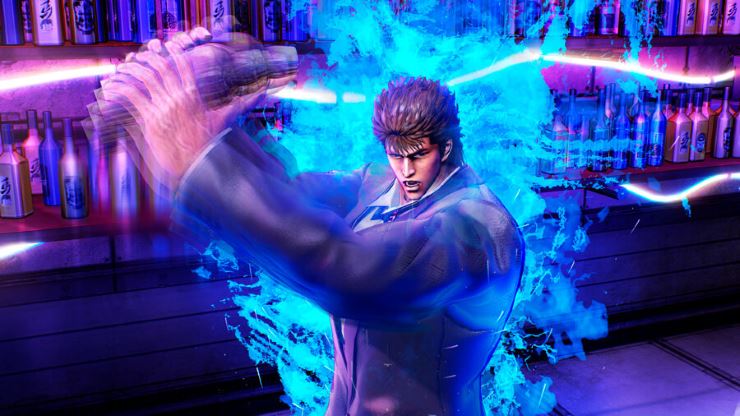 Whilst on my honeymoon a few years back, I experienced an awkward moment during a couple’s massage. As you would expect, it was a tranquil setting, nice and calm, with just me, my wife and our two masseuses in the room. Before the massage began we were asked the ill-fated question of how hard we wanted the massage to be: soft, medium or hard. My wife opted for soft (she has always been sensible) and that meant through some bizarre alpha-male logic that I had to plump for medium. I didn’t want these strangers who lived on the other side of the world to think I was a wuss after all. I couldn’t have them judging me the next time they saw me slurping a poolside Pina Colada. With the parameters set, the masseuses got about their business, and it wasn’t until about halfway through that it happened, something that has had me questioning massages ever since. After it was over, me and my wife got dressed and left, and it wasn’t until we were well away that I asked the all-important question “did she climb on top of you half-way through?” My wife burst out laughing, shaking her head “And then did she pummel you with what felt like the People’s Elbow?” I continued, my wife at this point bent-double in hysterics.

Apparently that’s not how relaxing massages normally go, but thankfully Fist of the North Star: Lost Paradise has shown me it could have been worse. Had my Maldivian beauty therapist decided to channel Hokuto Shinken and hit my pressure point that would have caused my eyes and brain to bulge in my head to the point of explosion and a very bloody death, well, I’m pretty sure that would have put a downer on things for the rest of the honeymoon. So whilst I could have sworn I had the indents of a young girl’s elbow in my back, at least I wasn’t dead. Every cloud has a silver lining I suppose. If you thought that anecdote and following epiphany was daft, it’s because it was, but it’s also because “daft” is the perfect word to describe Fist of the North Star: Lost Paradise, a game made by the same arm of Sega that has given us the Yakuza series. And it’s clear from the outset that it borrows heavily from Kiryu’s very particular brand of over the top violence, only this time instead of playing the Dragon of Dojima gallivanting around Kamurocho, you play as Kenshiro (or Ken for short) exploring Eden and its post-apocalyptic surroundings. If you are familiar with the manga series of the same name that made its way over to the West in the 1990s, you’ll fully appreciate the type of shenanigans going on here. You’ll also recall the cast of characters such as Kenshiro’s love interest Yuria, his old nemesis Shin, as well as his fellow brothers-in-training of the mysterious art of Hokuto Shinken.

This martial art forms the basis of the combat within the game, and it mostly copies the Yakuza format of combat, with you against multiple enemies and using soft and heavy attacks to beat down life bars, there is a key difference. After a certain amount of beating, enemies will be susceptible to Hokuto Shinken, where you can stun enemies and then execute a special technique played out as a short quick time event, which if done correctly either results in massive damage or death for the unfortunate recipient. It relies on Kenshiro hitting enemy’s pressure points which causes their bodies to bulge uncontrollably and destroy themselves from within. The result is a comical malformation making enemies akin to Sloth from The Goonies right before they explode in a flurry of the red stuff. And I won’t lie, there is something very satisfying about these technique takedowns, not least because your timing affects their effectiveness, but also because they normally come as a reward for successfully wearing down opponents, and very much make you feel like you have the upper hand. Kenshiro has a gift, and you as the player are wielding it with devastating effect. And as you unlock more of these finishing moves, it is a joy to see each one for the first time, as you discover a new way to lay the smack down and create internal organ confetti. The problem will come in their repetition. With the majority of the action centred around combat, you are going to be seeing these techniques a lot, and for some these quick time events won’t seem that quick when done for the seventh time in the same battle. Sometimes you’ll just want to be rushing a particular battle over, and so avoid the techniques altogether, but then it feels like you’re dismissing the whole point of Kenshiro’s martial art existence in the first place, which feels counter-intuitive.

Where this has ramped up the combat compared to its Yakuza brethren, what has been let down a bit is the quality of the story. Indeed it plays out in a rather predictable, almost laughable nature, with no real surprise or intrigue, apart from perhaps at the very end where it does dial it up a couple of notches for the finale. The story is set into chapters, much like Yakuza, but where they felt like different parts of a single overarching story, this feels more like a loosely tied together series of events, some of which had no bearing on each other at all. The best way I could describe it would be if someone were trying to tell a story of a 2D Mario game, and piecing together why in this chapter we were in a fire world, and then an ice world the next. Fist of the North Star feels very much like that, one chapter is the Coliseum chapter, another is a prison chapter, and a few are just “defeat bad guy who has attacked Eden” chapters. Now whether this really bothers you will depend on a couple of things. Firstly if you’re a fan of the source material, you’ll be right at home here with character references and appearances galore, so much so that the fact there isn’t any real character arcs, interesting themes or twists won’t bother you. And also I appreciate that having a central character who has essentially the touch of death can make for tricky in-depth story-telling, and so episodic events (much like the original manga) may play more to the whole mythology that’s at work here. Plus the laugh out loud nature of the combat and take-downs may also cause some (including me) to be prepared to overlook some of the story’s shortcomings, and just take the overall experience for what it is.

Completing the trilogy of what made the Yakuza series so loved, aside from the storytelling and combat is the self-aware humour. And unfortunately, again, it falls a little short here too. It’s not that it isn’t funny; in fact there are hilarious moments, such as in the barman mini-game when Kenshiro uses his martial art techniques to mix the perfect cocktails, which always left a smile on my face, and had me coming back time and again to relive it. The issue is that really the comedy is more in the daftness of the combat or the wackiness of the mini-games. Another one for example has you playing baseball with a large girder as a bat, and oncoming motorcycles as the ball. However, there’s very little humour in the main story unfortunately, which is something that was ever-present during Kiryu’s adventures. Pacing is also worth a mention, because at times it can feel very jarring. In an early example, you are chasing some hoodlums through the street when the tutorial suggests that instead of keeping pursuit, you take a break at a casino, just so it can demonstrate those mini-games to you. Then when you leave, you resume the chase, which seems barmy. Also the only mechanic for changing the time of day in Eden is to have Kenshiro rest in his apartment, which on it’s own is fine. However there are some chapters that require multiple time changes, meaning each time a run back across Eden to your bed, and sometimes these jaunts can be separated by only a single conversation with someone before having to head back. It makes toing and froing seem so laboured, and ofttimes this could be resolved simply by the story automatically reverting to a different time and progressing itself. Again it’s not a game-breaking decision, but as a dynamic that is over-used, especially towards the end of the story, it really begins to frustrate, making you want to rush through to end.

So all in all where does that leave us? In a pretty weird place actually. On paper it’s an average title at best, with pacing issues, a lack of humour and an iffy story that hangs it all together. But that omits a key factor: the ace in the hole that the combat is just so fun to play. Sure that makes it a bit of a one trick pony, but if you go into it with your eyes wide open, knowing what you’re walking into, you can overlook some of the technical shortcomings and have a blast with its wacky gameplay and gratifying combat moves. So it’s less War and Peace, and more Big Trouble in Little China, but sometimes that’s just ok, right?

Fist of the North Star: Lost Paradise will undoubtedly appeal to fans of the series. For others, the wacky combat is the main draw, which should be enough to offset some pacing and story issues.

You may also like
fist of the north star: lost paradiseSega

The Kiryu skin for Fist of the North Star: Lost Paradise will be free from launch until October 16