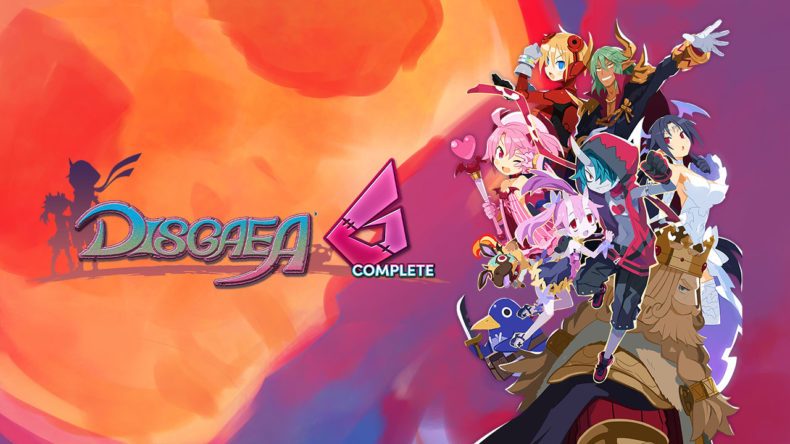 When Disgaea 6 released last year, it left me feeling some pretty mixed emotions. While I appreciated getting a new game in the wacky SRPG series, the performance issues it had on Switch were far worse than I could’ve ever imagined. Good things come to those who wait though, and Disgaea 6 Complete is here on PC and PS4/5 with a silky smooth framerate.

The main star of Disgaea 6 is Zed, who’s a zombie with a bad attitude and a tenacious streak. Zed has one goal in life, and that’s to defeat the God of Destruction. Most Zombies are pretty weak and wouldn’t stand a chance against this divine opponent, but Zed doesn’t care if he has to die a thousand times before he takes this world destroyer down. More is revealed about Zed as you progress through the grid based battles of Disgaea 6 Complete, and he ended up being one of my favourite protagonists of the series. 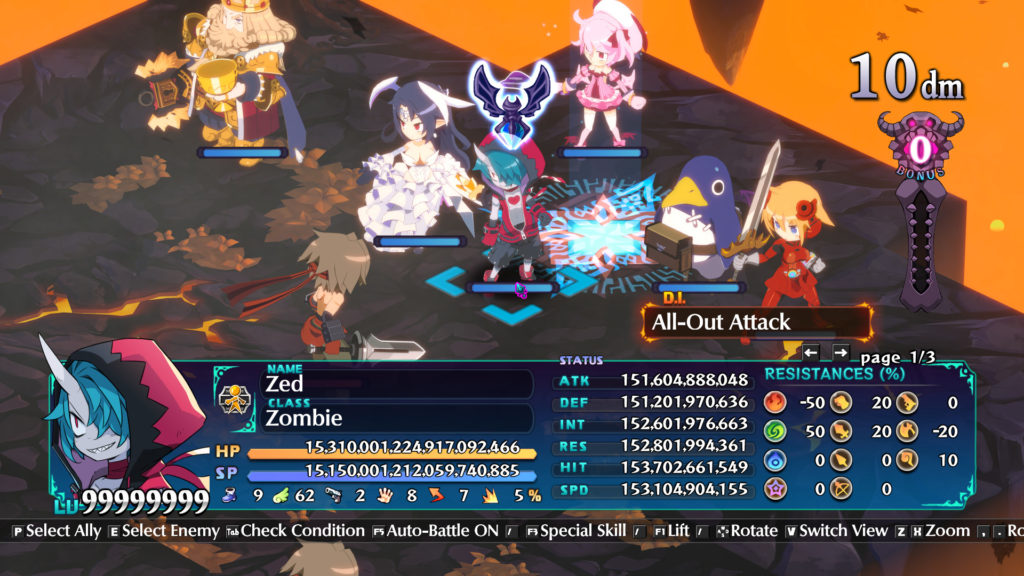 The rest of the cast are no slouches either, with all manner of weirdos joining the party throughout the game. The money obsessed king designed to look like a playing card is still my favourite, but with all previous DLC included there are a ton of options of unique characters to bring along. Most of these are major characters from previous games (like the curry obsessed Usalia from Disgaea 5) but there are some other great options. The Hololive Vtuber bundle in particular is fantastic, and for fans of Japanese internet royalty will be more than a welcome inclusion.

Once you grab a selection of characters from all corners of the Disgaea universe, you’ll want to jump into some strategy gameplay. If you’ve played a Disgaea game before you’ll know what to expect here, so get moving around the grid and firing off different special attacks at the hordes that stand in your way. Each character and class has access to different abilities, from powerful attacks against a single foe standing next to you to room clearing area of effects that can be launched from afar.

All the more unique Disgaea battle elements are here too. You can still lift and throw characters to advance your units forward or fling foes out of the way. There are also plenty of Geo Panel effects to deal with, which add that unique puzzle element to combat scenarios. Panels placed on coloured floors will add an effect to characters standing in that area, so navigating them carefully is important. Standing on a floor that boosts your stats is fine, but others will make you extremely vulnerable. Destroying these little pyramids will get rid of the effect, or you can move them around to make the most of their effects. Beating a stage is never simple in Disgaea 6 Complete, but mastering the systems is so compelling. 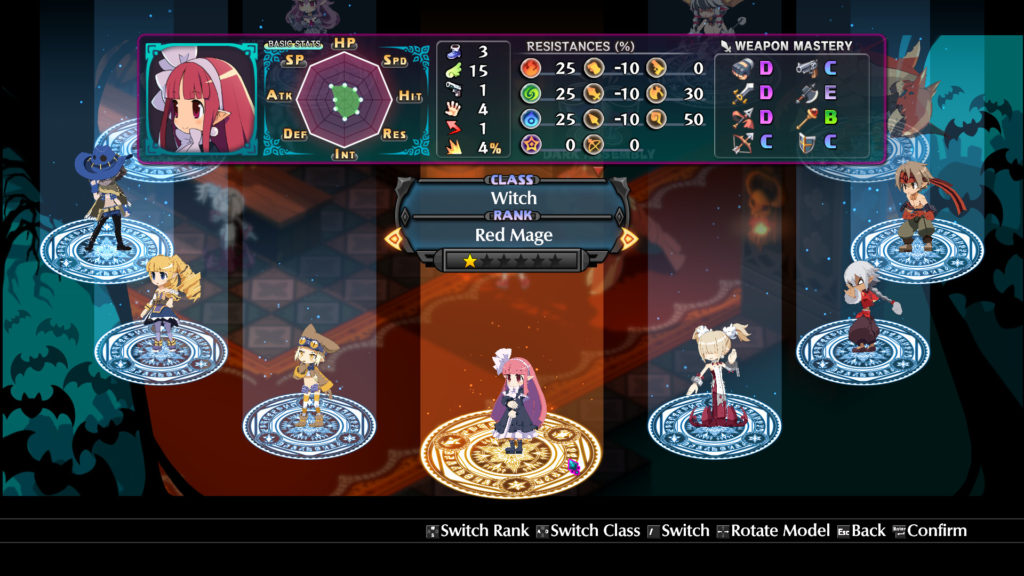 When you aren’t beating up the various monsters of the Netherworld, there’s plenty to do in the hub between missions. Outside of the basic equipment meddling, you can also upgrade characters skills, accept side quests and hop into the randomly generated item world. There’s pretty much unlimited content in Disgaea if you want it, so if you only want to buy one game this year then this is a pretty good option.

This entry in the series has plenty of new mechanics to get stuck into too. The juice bar is yet another way to improve your characters, as is Super Regeneration if you don’t mind having to grind your favourite party member up from level one. Perhaps the best inclusion in Disgaea 6 is the auto battle option (especially if you beat the game last year). At the start of the game when you turn on auto battle your entire team will just rush in and attack, but as you progress you’ll unlock Demonic Intelligence options that allow you to specify how your characters behave in different settings. With a bit of fiddling about I was able to get my party to play the game better than I could, and if you want to save some time on the way to level 99,999,999 it’s a god send.

The new graphical style of Disgaea 6 Complete is simply stunning, and getting to see the visuals in a high resolution and smooth as butter framerate is fantastic. When I first heard that Disgaea 6 would be ditching the series staple 2d sprites I was skeptical, but the colourful 3d models capture the charming characters perfectly. 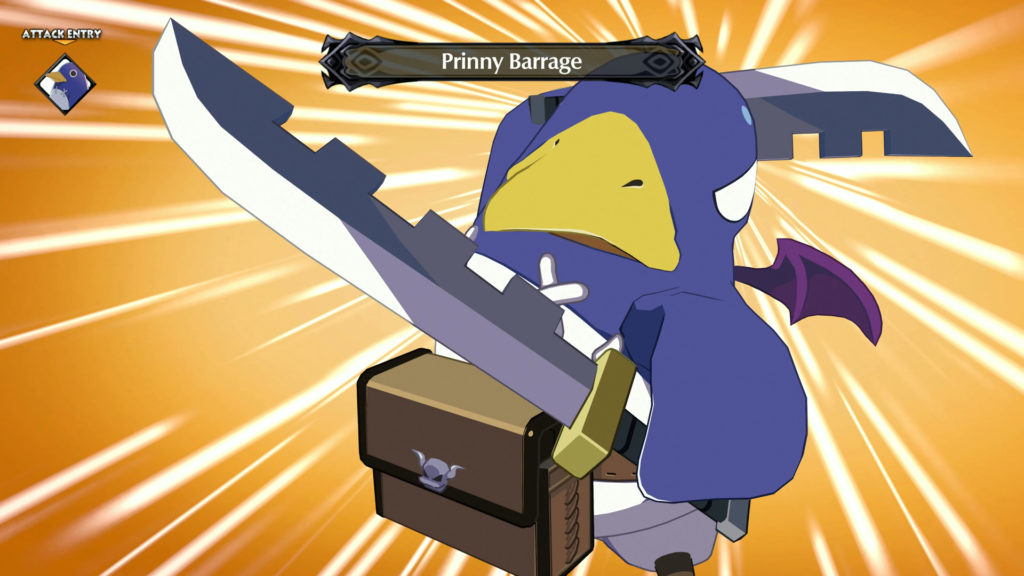 Although I really enjoyed my time with Disgaea 6 Complete, there are some aspects of the game that are a little disappointing. Compared to older entries in the series there’s a distinct lack of classes to unlock for your characters, and sometimes the randomised stages in the item world feel quite simplistic.

Disgaea 6 Complete is easily the best version of this great strategy RPG. Although it has some shortcomings compared to other entries in the series, the lovely visuals and shed load of DLC characters make it a no-brainer for fans of grids and grinding.

Disgaea 6 Complete is a huge improvement on the Switch version of the game, and is worth diving into Dood!