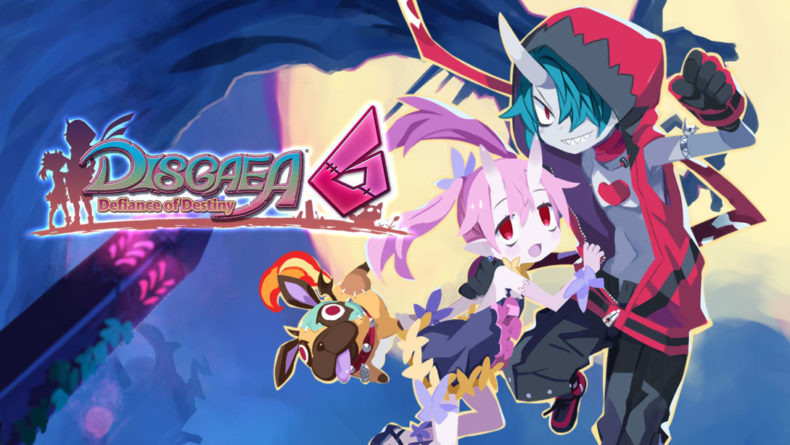 There simply isn’t another series quite like Disgaea. Although it shares some turn based strategy DNA with other games, it’s ridiculous level caps and outlandish dialogue are simply without compare. Since Laharl’s original adventure through the Netherworld on PS2, I’ve spent countless hours battering Prinnys and diving into the Item World. Now, the series returns for the first time in six years. However, Disgaea 6: Defiance of Destiny swaps the traditional sprites for 3d character models.

New protagonist Zed has ideas above his station. A zombie like him isn’t destined for greatness in the Netherworld, but Zed won’t let anything hold him back from destroying The God of Destruction. Our undead hero isn’t exactly equipped for the task of beating this planet destroying foe. However, with the help of a ragtag group of miscreants and his Super Reincarnation Zed will never give up.

The cast of characters you encounter on your God-slaying journey are as charming as they are varied. Alongside Zed and his loyal undead Pug Cerberus, you’ll join up with all manner of unique warriors. There’s a King obsessed with money; a princess from a musical world who regularly bursts into song; and Zed’s adorable younger sister Bieko who he fights for. Each one of the “friends” you meet along the way bring something new to the table. Also, their voice acting is top notch. 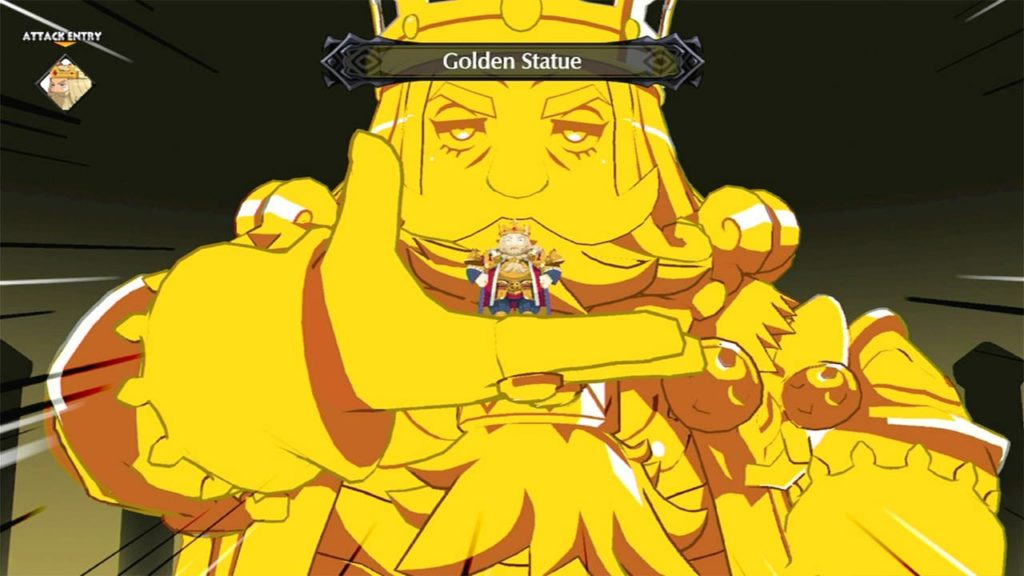 If you haven’t played a Disgaea game before, the core gameplay is fairly straightforward. Each stage features a selection of enemies that you have to kill to proceed. It’s up to you to move your characters towards them and hit ’em with all you’ve got. Each area is made up of the stereotypical strategy game grid. Different characters have different ranges for their attacks and special moves.

This will all sound pretty familiar to anyone who’s played Final Fantasy Tactics or a Fire Emblem game, but the Disgaea series does plenty to differentiate itself. One way it does this is with the “Lift and Throw” system. Any character can pick up another and throw them instead of attacking for a turn. This has plenty of tactical implications, though. Sometimes you’ll just want to throw a few party members to get them into the action faster. You can also throw enemies into the middle of your squad; stack your team into a huge tower; or chuck some Geo Symbols around.

Geo Panels and Geo Symbols are a huge part of any Disgaea game, and Disgaea 6 is no exception. Geo Panels are coloured areas of a level, which have different effects (like stat boosts or damaging units) based on the Symbols placed on them. On some stages you might be able to throw an “Ally Boost” onto a panel and power up your pals. Other times you’ll just need to destroy a symbol with a negative effect on. Destroying a symbol also causes all coloured panels that match the one it’s sat on to change colour. This will deal damage to anything stood on those squares in the process. It all sounds very complex, but you’re eased into playing with these Geo effects pretty gently. 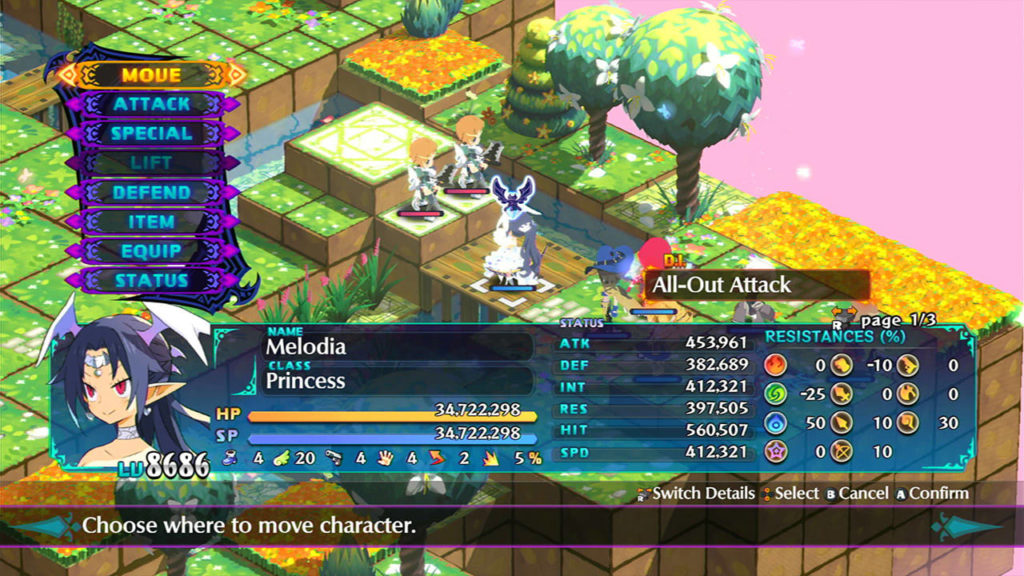 Outside of battles, there are a ton of systems to keep on top of in the Fourth-Dimensional Netherworld hub area. Some of these systems are pretty simple; like buying and equipping gear or powering up skills. Others are a little more out there, like the Dark Assembly.

Whenever you want to make a change to the Netherworld, you’ll need to call upon the Dark Assembly and hope enough Senators vote “Aye” for your bill to pass. You can use the Assembly to create new characters, get better stock for the shop, or even raise battle funds if you can convince (or bribe) enough Senators to vote with you.

Some new mechanics for the series

New for Disgaea 6 is the Juice Bar, which your characters can visit for a boost. If you’ve collected enough cash and experience, the Juice Bar will let you raise a character’s level. It will also improve weapon mastery or class proficiency. All of which obviously make them stronger in a variety of ways. It’s incredibly handy if one of your characters is floundering. 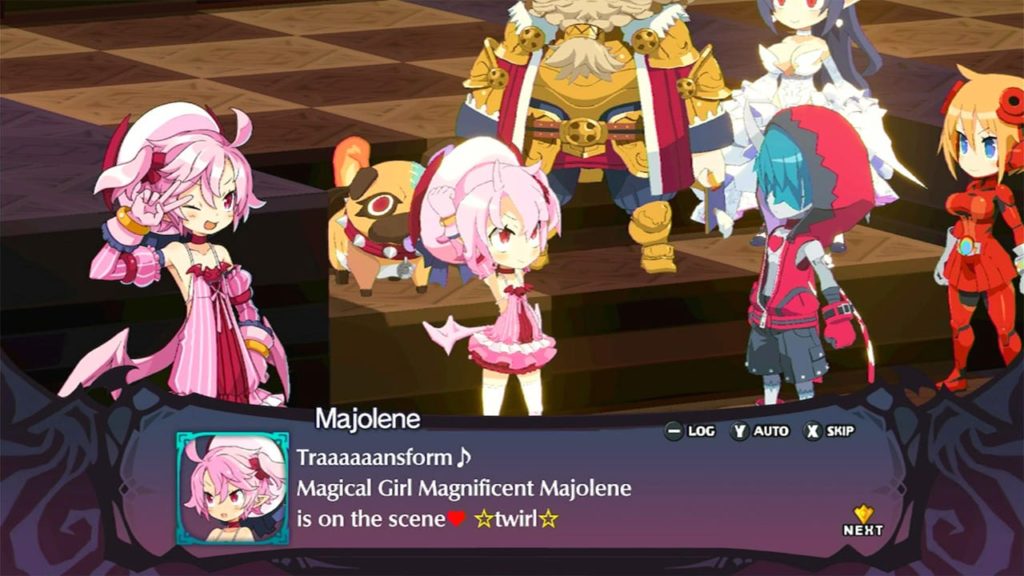 Also new to the series is Super Reincarnation, which anyone who’s into min maxing stats will appreciate. At any time you can choose to Super Reincarnate a character, which raises their base stats but lowers them back to level 1. If you want to make your team as strong as possible you’ll definitely want to dabble in this dark art, but it can take a while to get back to level 20,000 after you do.

Disgaea 6: Defiance of Destiny: Return of the Item World

It isn’t just teammates you have to worry about levelling up, because the Item World makes a welcome return in Disgaea 6. Every item you obtain on your adventure contains one of these randomly generated dungeons. By diving into them and beating up the enemies inside you can power up the item’s stats. The item world is a great way to grind, although the random elements aren’t always as thrilling as the curated levels.

When grinding is necessary, the in-depth auto battle system is incredibly handy. By default your characters will simply move towards enemies and use their best skills when auto battling. If you meddle with their Demonic Intelligence you can set up some much more sophisticated AI. You can make characters heal when needed, collect loot, or even lift and throw if you put the time into their DI. You’ll never have to play the game yourself again. It’s very impressive how much control you have when programming a character like this, but you’ll need to set aside some serious time when you first plan on setting up this handy feature. 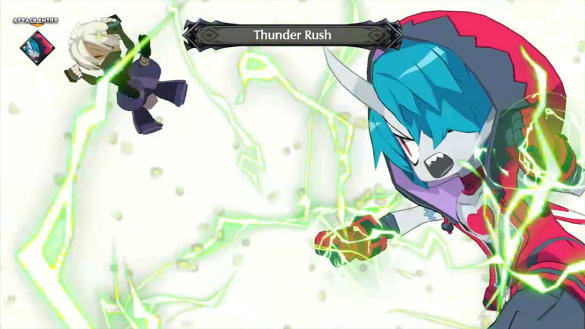 Perhaps the biggest change of all for the series this time around are the new 3d models. I wasn’t sure how much I’d appreciate the move away from the gorgeous 2d art the series is known for, but the bold, bright characters and flashy special attacks look amazing in this new style. There is a huge caveat here though, and that’s the performance. Especially in the hub world, the framerate and slowdown in Disgaea 6 is frankly dire. To offset this NIS have included some performance options. This improves things somewhat in exchange for making the entire game look like a blur. This would be a decent fix if you could apply it only to the hub, but you need to manually switch back to graphics mode if you want the game to look nice in battles (where performance is barely an issue anyway!).

As much as I enjoyed my time with Disgaea 6, compared to older entries in the series it’s actually quite limited. I can’t remember the last Disgaea game that has less character classes than this (especially early on) and exciting elements like the Item World just feel less varied than normal. Defiance of Destiny ultimately just has less fleshed out features compared to earlier games, quite possibly due to the effort put into the overhaul that was done to the graphics.

Disgaea 6: Defiance of Destiny may not be the best game in the series, but the strategy gameplay is still amazing if you can handle the technical issues.