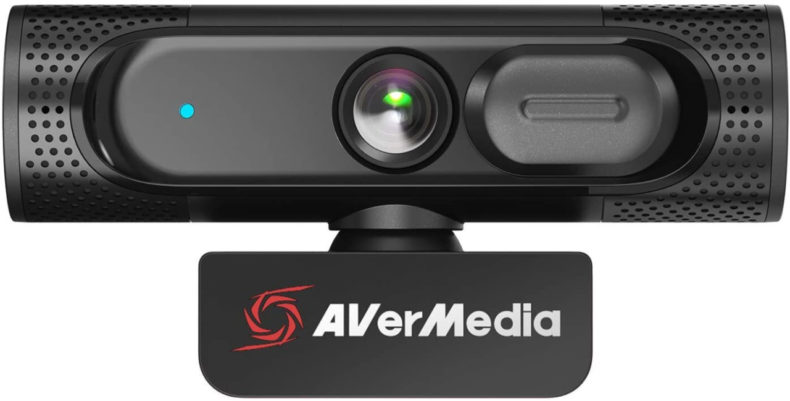 With more and more people getting into streaming and video production, 1080/60 webcams are more popular than ever. Usually, though, they’re also a very expensive investment. A top-end one will easily cost you anything from 120 to 200 quid on a good day. If you don’t want to spend quite that much, you could always take a look at AverMedia’s range, which includes the PW315 webcam. It’s a pretty decent alternative that retails at around £99. It’ll do 1080p/60fps, but with a few caveats.

Firstly, the natural wide angle is not something everyone wants. Yes, it’s great for Zoom workshops and family Skype chats, but if you’re in a business meeting and don’t necessarily want your entire office or lounge in shot you’ll need to modify the input. It’s worth pointing out that this is not a “fish-eye” effect, it simply captured more area. 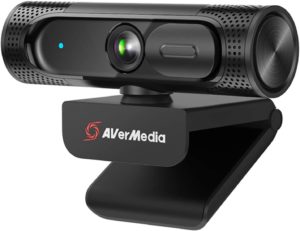 Picture quality is fairly decent though. There’s little trouble with film grain as long as you have the light right, and it actually performs better in low or high light than many other webcams. I’ve been using it for direct capture and videocasts, and found it to be more than good enough despite it coming in at a lower price than big boys like the Razer Kiyo Pro.

If you’re a streamer looking for a camera that’s easy to set up and won’t need a ton of adjustment right out of the box, you could do much worse than the PW315. I barely had to mess with the colour settings, and if you’re using it with a Chroma Key your room of choice is even less important.

It’s a pretty looking device, too. Not square and blocky like many webcams, the sleek black design looks great perched atop a monitor or affixed to a tripod. It swivels through 360 degrees, and you can tilt and pitch it however you need to. It even has a lens cover, so you don’t accidentally record or broadcast things you don’t want to.

The AverMedia PW315 webcam finds itself in a slightly weird place as far as recommendation goes, though. For the price it does a good job, but it’s not low enough a cost that you wouldn’t shop around. And if you’re not hung up on 60fps, there are other models that will give you a better overall picture quality.