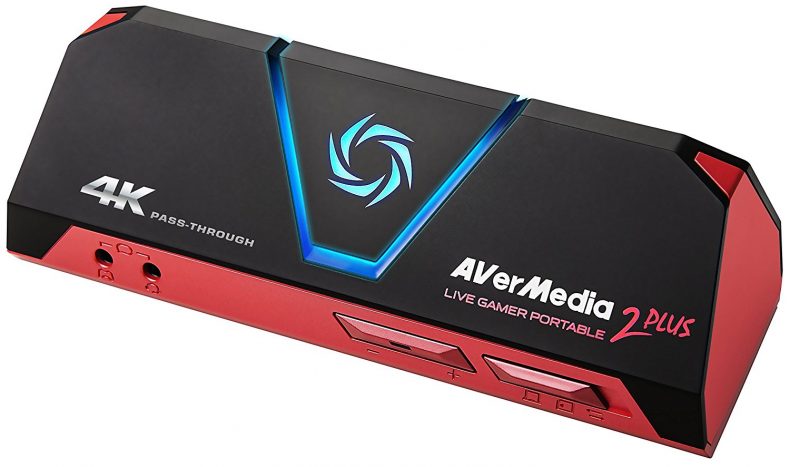 Capturing video is something so many people do nowadays. Once only available to those with very expensive hardware – and even better PCs – these days you can find a reasonably cheap way to get your gameplay on a laptop, and even edit in the software that comes with it. Lots of people use the AVerMedia’s competition, but I’ve found the 2 Plus perfect for my setup and, while that’s great for me, your mileage may vary.

The 2 Plus offers 4K passthrough, you see. It may not seem a huge deal, but when you’ve spent money on a PS4 Pro and/or Xbox One X as well as an expensive 4KTV, the last thing you want is to be always watching in 1080p because you’ve got a capture unit hooked up that can’t handle running your console in 4K. The 2 Plus has never once had issues with a 4K signal, and switching to 1080p has been a thing of the past since using it. This is great for obvious reasons, but it also even means you can be streaming in 1080p but getting a 4K signal on the screen you’re playing on, and that’s a win-win situation.

But it also has an unadvertised feature, and it’s perhaps one of the biggest deals for me. I’ve long said that HDR is more important than 4K. A higher resolution is nice, but the lighting you get from a good TV that can make HDR sing and, sure, while it’s very difficult to capture for under a thousand quid (and most people aren’t going to get the benefit of it anyway on a YouTube video), it’s something that enhances your playing experience.

This AVerMedia has three functions: PC mode, PC-free mode, and Storage Mode. The latter of those basically turns it into a card reader for the MicroSD card that’s inside your device, allowing for complete passthrough, including HDR. What this means, in real terms, is that you are one switch away from being able to capture, but that the box can sit passively between your console and TV, allowing for 4K and HDR, which is fantastic.

PC-free mode is also a boon. A lot of devices use USB power to run the capture device, and that makes sense since it’s connected to the PC it’ll be recording to, but with the PC-free mode, you can have everything powered off except your console setup and the device itself. Later you can use Storage Mode to transfer the files over, and you’re really only limited by the size of your MicroSD card which, admittedly, is an added expense, but makes the device entirely portable and easy to set up. If there’s a small complaint it’s that, in this mode, the lights will blink rapidly when space is low, but often space isn’t that low; it’s just warning you. Oh, and the quality is reduced compared to when in PC mode, but again, we’re talking the difference between excellent quality and placebo quality; no real loss you could see when, like most people, you’re using YouTube for your video distribution.

In PC mode, I had some issues, mind you. It may be my aging PC, but I found the included software to be, well, just “okay”, but then I’d also say the same for Elgato’s bundled software. It does the job you need it to, but you’ll likely want to edit elsewhere. You can add multi-cam setups and all manner of flash overlays, but most people will likely resort to OBS or xSplit for streaming and live production.

You can plug in a headset via included cables meaning you can capture party chat and your own audio, and while it’d be nice for a USB input for a Yeti or similar to give high quality voiceover work, it’s asking a bit much for a niche feature few would use. That kind of setup is going to be done with a PC, and likely with PC-mode in use.

But the AVerMedia has made itself essential in my setup. The fact I can flick a switch and mash a big record button to instantly be capturing, even when my PC is off, is fantastic. Its portability (it’s tiny, like a mini Toblerone) means you can throw it in a pocket, let alone a bag, at a push, and it does the job while always allowing you to have the best visual experience on your big screen.

Priced at a similar range to its competition, but offering 4K passthrough and, when not in use, HDR passthrough, the 2 Plus has ensured that AVerMedia are a company now firmly on my radar. Were it not for my aging PC I’d be considering them for 4K capture as well, which is high praise indeed.

Sample provided by AVerMedia. All videos used in this article were captured using PC-free mode and edited later in Premiere Pro.
Liked it? Take a second to support GodisaGeek.com on Patreon!

Software is average
Requires you to buy a MicroSD

This is a device that just does the job well, while always allowing you to have the best visual experience on your big screen.