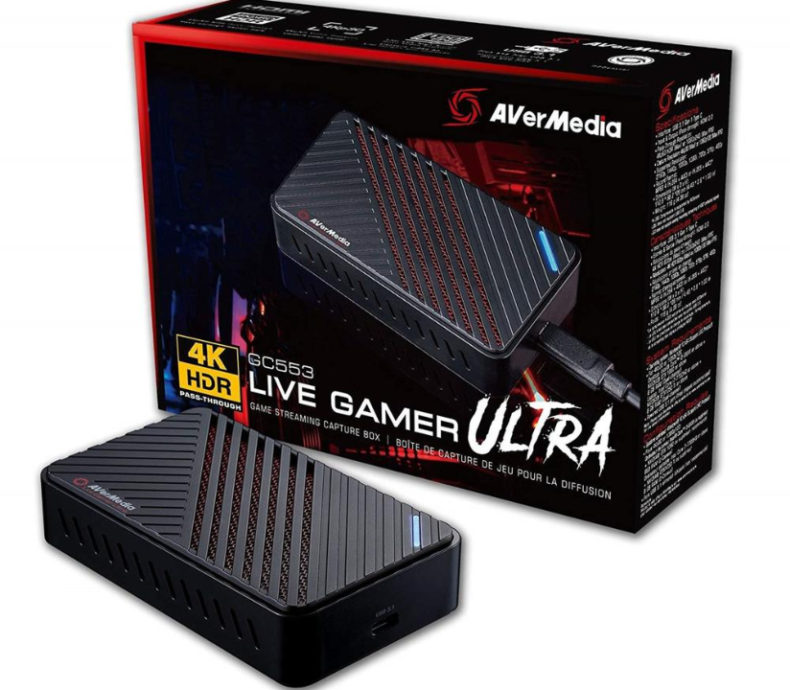 Those of a certain age will remember the days when capturing game footage was not only a rare requirement, but a seriously complicated process, requiring bundles of extra wiring, external boxes the size of Blu-ray players and a lot of patience. You’d often have to do it through a fairly powerful (for the time) PC, and the quality wouldn’t be all that great when it did work. As social media and streaming have exploded, so has the need to capture and share our gaming experiences with the world, and the hardware and software required to do it has gotten faster, more powerful and, notably, smaller and easier to use.

Take the AverMedia Live Gamer Ultra GC553, for example (and, man, these things really need shorter, catchier names). This is a device about the size and wait of a deck of cards that plugs into a PC via USB 3.0, and acts as a 4K pass through for your consoles. To be clear, this is a permanent pass-through, too, so even when the PC is powered down, you’ll still get the console signal through to your monitor.

It’s also incredibly easy to set up, too, and even works seamlessly with the HDMI splitter I use to channel my PS4 Pro, Xbox One X and Nintendo Switch to my 4K PC monitor through one port. At the time of writing, I can’t test the functionality with next-gen consoles as we’re still a few weeks shy, but there’s not much reason to believe it won’t work. Crucially, even though the pass through signal is 4K/60fps, you won’t be capturing that. Not quite. It will capture 1080/60, or 1080/120, if you have a need, but if you want to see your captures at 60 frames per second the resolution won’t be above 2160 (though most will settle for 1440/60, I imagine). It also supports HDR pass through and capture should you need it.

Out of the box the GC553 is an unassuming piece of hardware, small, sleek and black, with a single LED strip in one corner to indicate that it’s on and recording. It’s so small and compact that you’ll have no trouble finding a place for it among your set-up, and it’s so easy to use that you’ll soon forget it’s there at all.

The RECentral 4 software that comes with it is also super simple. There’s a straightforward UI from which you can hit record, or broadcast if you’re choosing to stream, and away you go. You’ll find a suite of options to adjust the capture quality, which can drastically impact the filesize of whatever you capture, as well as a selection of storable presets for various streaming services such as Twitch and YouTube. Using this feature makes it incredibly simple to hop between services – and the Multi-Capture Mode is perfect for setting up UI Overlays and different scenes for streaming, similar to, though not as feature-rich as, something like StreamLabs OBS.

I’ve been using the GC553 primarily to record PS4 and Switch footage and have had no problems whatsoever with latency, picture quality or the device itself, and the interface couldn’t be easier, even for those without a great deal of experience. I will say that playing your games through the RECentral 4 portal is not as clean and crisp as if you’re just playing through the pass-through, but that’s to be expected. 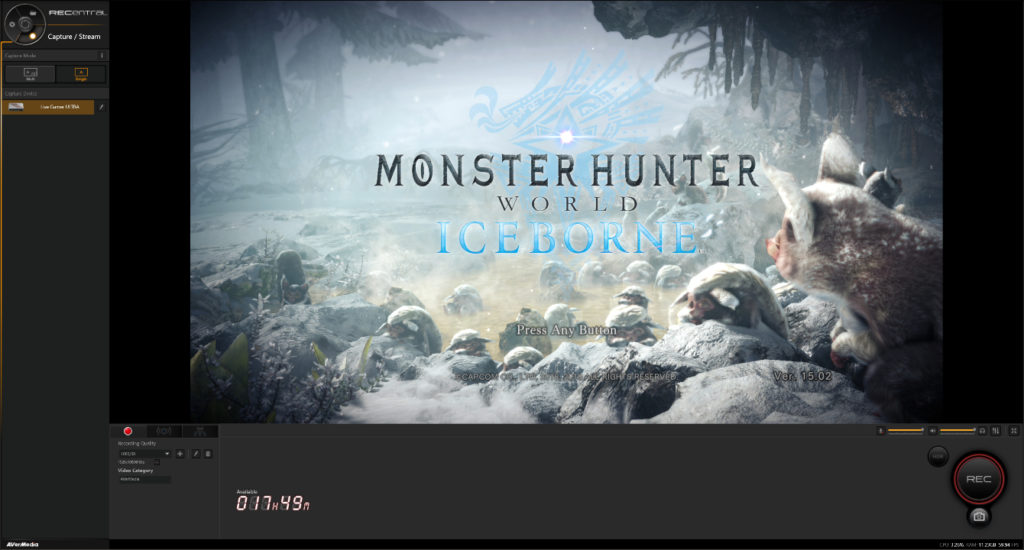 As for editing the footage afterwards, I’ve been using Premiere Pro, although the Live Gamer Ultra does ship with a trial copy of CyberLink PowerDirector 15. You’ll also find that lower-end PCs and laptops will struggle to handle the GC553. The minimum requirements for the GPU aren’t overly steep by modern standards, but you’ll need to be running at least a GeForce GTX 1060 to get anything out of the purchase – so check this before you drop £150 – £200 on the AverMedia Live Gamer Ultra GC553.

In simple terms, this is one of the best and easiest to use 4K capture cards on the market. It’s not cheap, but it’s highly functional, comes with a lot of capture options and some great software that will make capturing and streaming a doddle, even for those fairly new to the medium.