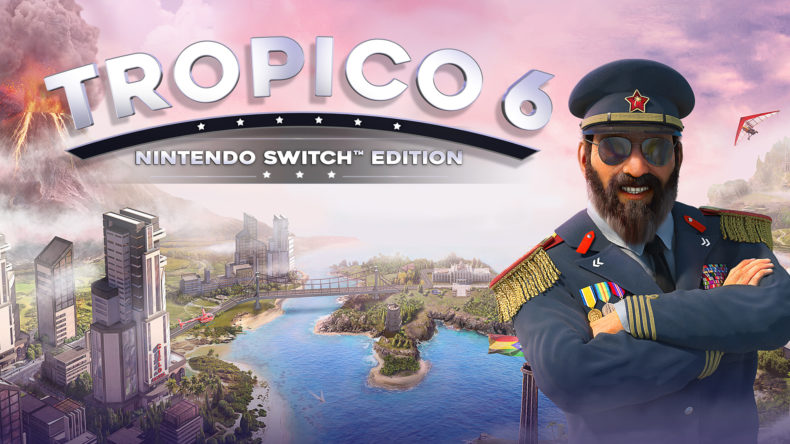 Switch reviews cover the Nintendo Switch version of a game. Tropico 6 was released on PC on March 29, 2019, and scored 8/10. It has since been released on PS4 and Xbox One.

There is a lot to Tropico 6. You will have to manage a large number of competing priorities as well as focus on your overarching goal to overthrow your oppressors and become an independent state. Then once you are master of your own destiny, you will have to hold on to power through any means necessary. Will you create a paradise utopia of free healthcare and humane worker’s rights, or will you push your people to the brink doing just enough to keep them on side?

The systems at work in Tropico are surprisingly deep, and having limited experience with the series, I did have some issues understanding at times why certain processes weren’t working as quickly or efficiently as I would have liked. Fortunately, for newer players, there is an extensive set of tutorials to take new and returning players through. These tutorials do a decent job of taking players through a lot of the core mechanics, however, there were still areas during my time with the main missions where things just didn’t seem to be working in the way that I had expected. 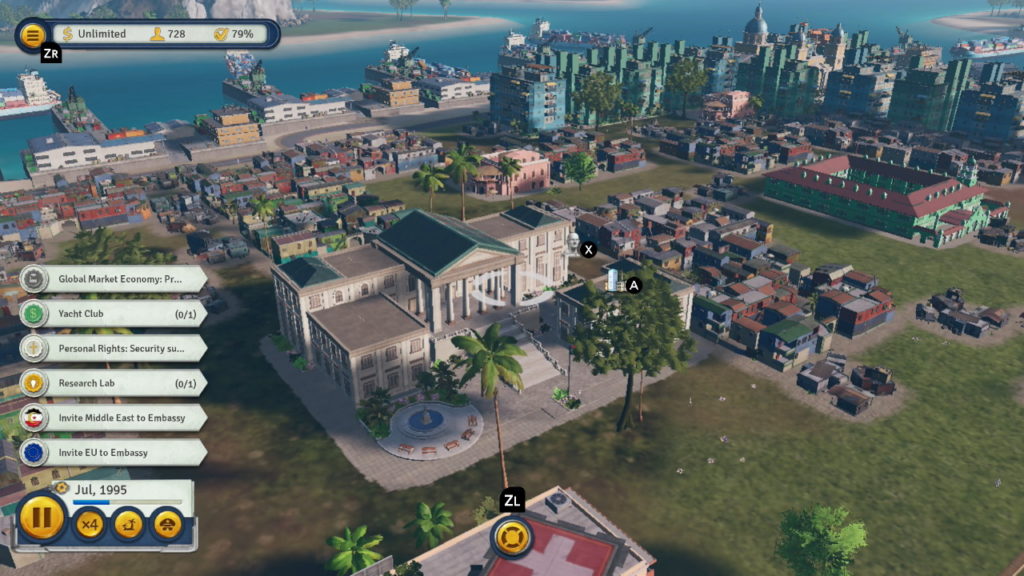 City builders are a notoriously difficult genre to port to consoles, however for the most part the controls work very well on Switch. The camera is controlled by the two sticks, which does feel a bit fiddly at times, particularly when placing buildings, but gradually over time, I got used to it. Most of the systems are contained within a radial menu that can be accessed via the ZL button. This too works well, although due to the sheer amount of systems and possibilities available to tinker with in Tropico, it can feel like you are getting a little lost in menus within menus. There is also some very limited touch screen implementation utilised, but in all honesty, it didn’t seem to be working all that consistently, and after a while, I forgot it was even a thing.

I have spent a lot of time watching and waiting for things to happen in Tropico 6. Watching the citizens diligently moving from their homes to endlessly build and toil for me. Then waiting and watching while I try to figure out why things aren’t moving as quickly as I thought they would. Part of the joy in simulation games like this is the ability to zoom in and watch individuals at work. It is a shame then that when zoomed in the world looks so ugly. In handheld, the textures are low resolution, and in docked mode, it looks worse as the larger screen means that you can see the jagged textures on buildings. Animations of individuals also seem a bit haphazard with citizens clipping through the floor at certain points in the world. Zoomed out though, and the archipelago that makes up Tropico 6 is quite pretty with some nice early morning and sunset light work casting pretty hues across your city. 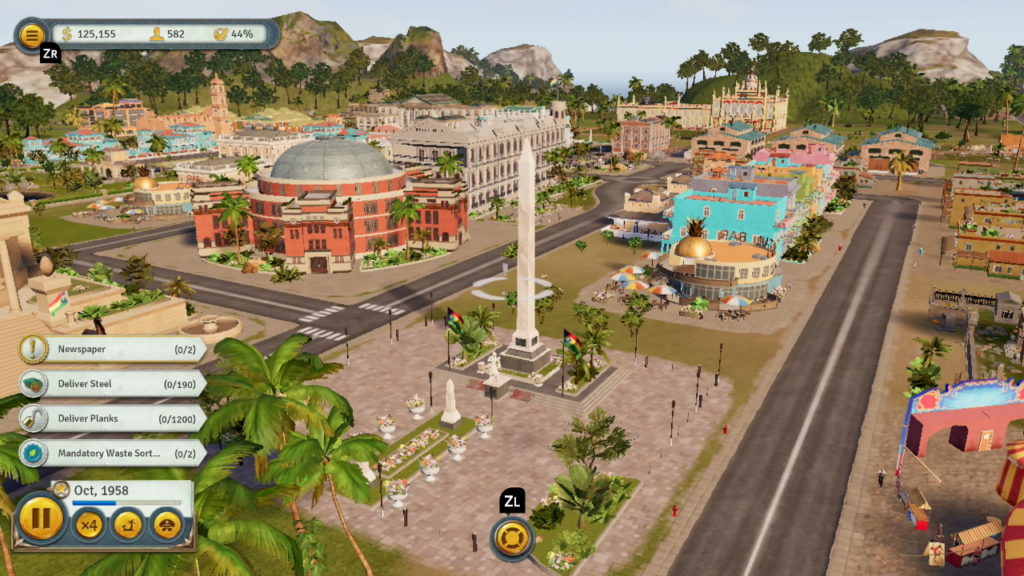 Visuals aside, there are some other issues with this Switch port. For the most part, the game runs smoothly, however when moving between the different islands that make up the archipelago there can be noticeable frame rate slow down. This is slightly worse in handheld than in docked mode. Handheld is always my preferred method of playing on the Switch and the fact that performance does take a hit in this mode is worth noting. It doesn’t make the game unplayable, but it is less than optimal.

There’s a tonne of content to get through in Tropico 6. As well as the main campaign missions to work through, you can also play in Sandbox mode. Sandbox offers you a dizzying amount of customisation to fiddle around with and takes away a lot of the pressures that the story campaign missions add. However, I preferred the story missions as the cast of characters that press home the satirical humour the series is known for are very well written and voice-acted. I particularly enjoyed Penultimo, my loyal side-kick who crops up from time to time to stroke my ego.

Tropico 6 on Switch isn’t a bad port by any means. It is perfectly playable on the system, it just isn’t that exciting to do so. It takes a while to load up your game, and when it does you are likely to experience some performance drops depending on the way you prefer to play. For players that missed the other versions this Switch version is adequate, there’s loads of content to get through and some deep systems to get your head around. The various campaign scenarios are brimming with humour and details to keep you entertained, and the high level of customisation in Sandbox mode will keep you busy. However, if you have already played Tropico 6 on other systems, there is little in this Switch version to tempt you to play again as the key draw of playing on the go means you take a noticeable hit in framerate.

Tropico 6 on Switch has a lot of content and a highly customisable sandbox mode, however it suffers some slight performance drops particularly in handheld mode that makes the port difficult to recommend fully.