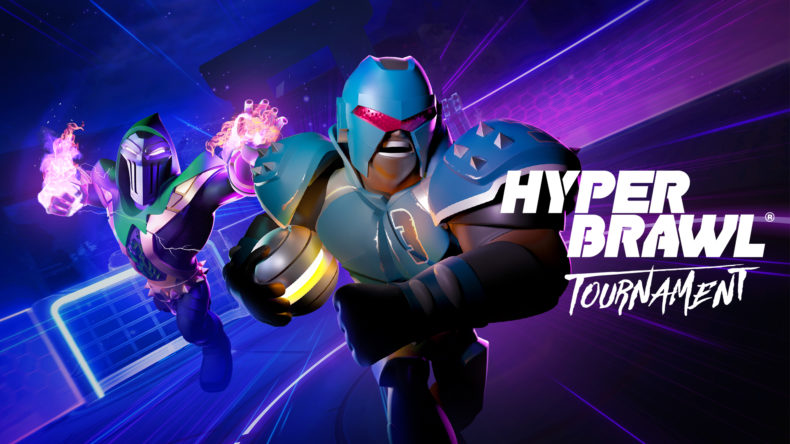 Perhaps hoping to cash in on the enduring popularity of Rocket League, developers Milky Tea Studios have made their violent, frantic fighting game, Hyperbrawl Tournament, as garishly attractive and simple to pick up as possible, and have largely succeeded in creating something that feels immediately fun, even if it does begin to feel tedious very quickly.

The premise is simple: two teams of two battle it out in an enclosed arena and attempt to score a point by getting the ball into their opponent’s goal. The catch is that the other team can use any number of brutal strategies to stop them. If you ever played Bullfrog’s classic Speedball, then it’s like that but on a smaller scale. 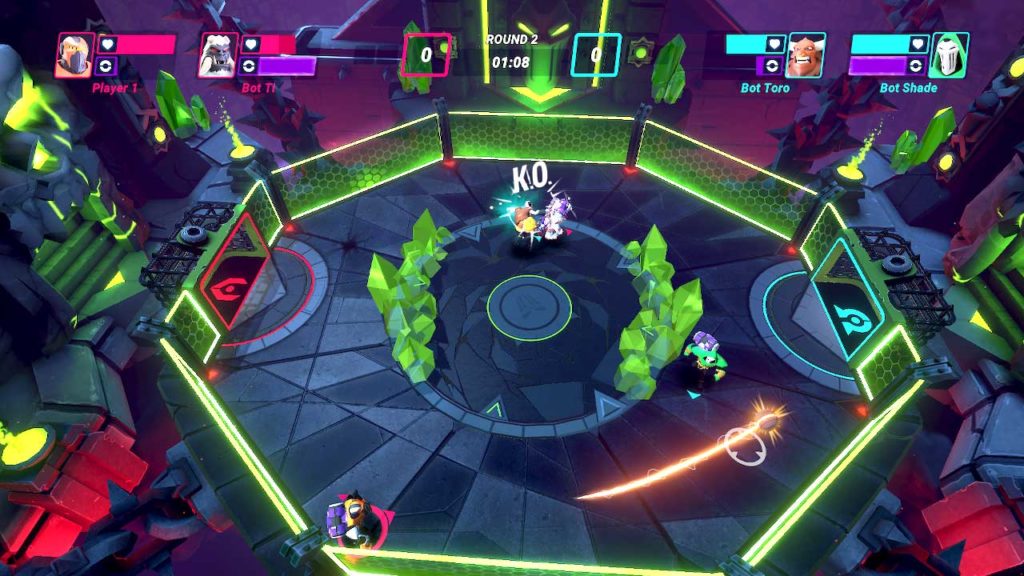 Each team has a name and colour, and unique players belonging to one of three classes. Swift, Tank, and Core players specialise in speed, toughness, or a combination of both, and each team has a special ability to help turn the tide. That might be, for example, a massive sword to swing into opponents to make them drop the ball, which you then grab and either pass or shoot. It took me a while to get the hang of how fast the enemy team can move, and how to properly switch characters. It’s quite easy to lose track of where the ball is and who you’re in control of.

Once you have the ball the idea is to score as quickly as you can. Once the ball has left you, you can curve it around other players while it’s in the air, which is cool but takes practice. It’s essential though, in order to outthink your opponent, as there isn’t a great deal of tactical depth to Hyperbrawl Tournament. In fact, there’s not a great deal of depth to it, full stop. It’s an enjoyable enough experience to play with friends, but played solo or even against strangers, it loses its sheen pretty quickly. 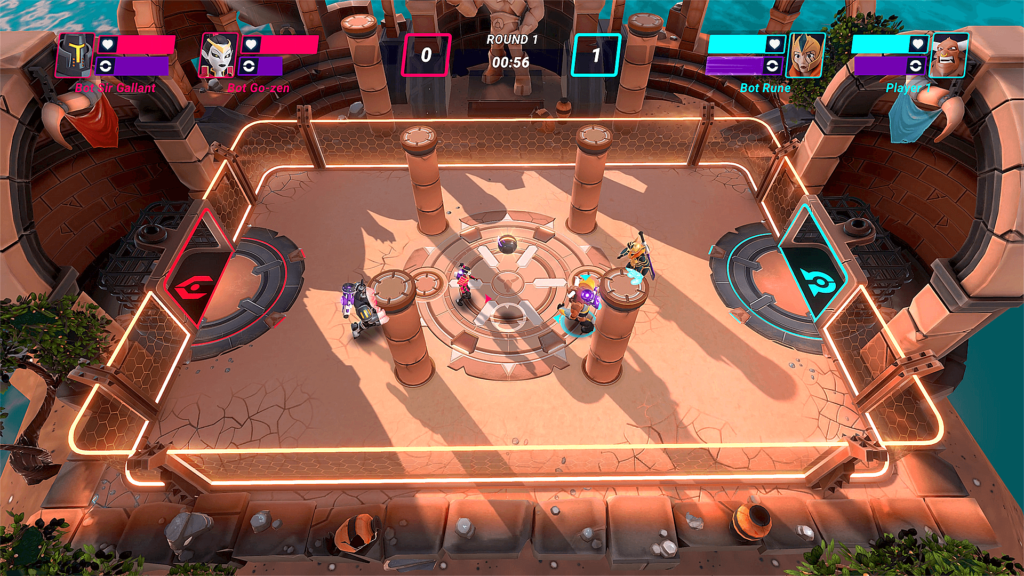 There are several alternate modes to jump into, though none feels particularly stand-out and you don’t really need to think or act differently during any of them. It’s usually a question of throwing the ball hard enough to knock an opponent down, and then scoring, or flailing in with arms and legs swinging to steal the ball, and then scoring. The fun is in the slapstick nature of the action, and the little boost you get from flattening your enemies and then scoring over the top of their recumbent forms.

Rewards are handled with loot boxes – which you can also buy – but it’s very basic stuff. Nothing that’s worth spending money on or grinding for. Ultimately it’s just stuff to customise your players, but not in a meaningful or even interesting way.

Ultimately, Hyperbrawl Tournament is an enjoyable enough sports game, but a little bloodless and uninspired. Extra content may help keep it afloat, and crossplay is certainly a bonus, but it’s too basic and repetitive an experience to get excited about.

Hyperbrawl Tournament is an enjoyable enough sports game, but in its current state, it's a little bloodless and uninspired.