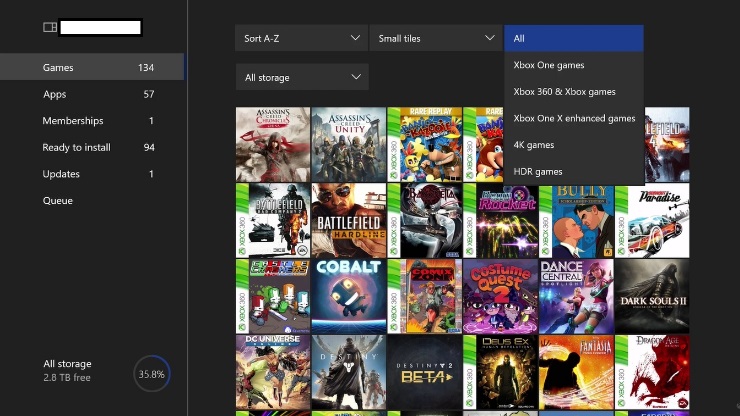 The newest Xbox One Alpha Preview dashboard has a nifty feature.

You can now filter games by Xbox One X Enhanced, 4K, HDR, or even Back Compat titles in the newly introduced filters. These are live only for Xbox One Alpha Preview users and will be rolling out to the public later when the update has gone through enough testing. They should probably split up Xbox and Xbox 360 games into different filters because loads of people will have multiple games across both systems sooner than later.

This last big update introduced a new dashboard and game hub. It hasn’t been received too well by people using it going by responses on Twitter and Reddit.