Atelier Shallie Plus: Alchemists of the Dusk Sea Review 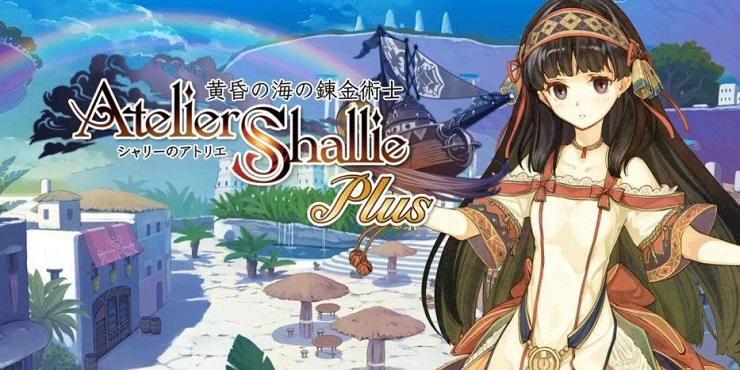 Atelier Shallie is the third and final game in the Dusk trilogy that released on PS3. Atelier games (there’s a lot of them) have been taking place in trilogies in recent times and the last one I reviewed, Sophie, was the start of a new one. Atelier Shallie Plus is the PlayStation Vita port of the PS3 game with new content and all DLC included. I enjoyed my time with Atelier Shallie Plus quite a bit, but I feel like franchise fatigue is setting in for me so I’ll be taking a break for a bit.

Both protagonists are nicknamed Shallie. You have the option of playing as Shallistera or Shallotte Elminus. While this is the third entry in the Dusk trilogy and it would be better if you played the previous games to get the most out of Shallie Plus, you can play this directly if you don’t mind missing out a bit. Shallistera is a princess who is on a trip looking for water. That sounds like that weird Entourage episode, but Shallistera’s tale is very interesting as she tries to save her home village from drought. Shallotte on the other hand works as a young alchemist. Both of them meet each other and develop their own characters as the story progresses. One thing the Atelier series does right is the focus on things outside of combat. If you’re ever in the mood for a relaxing Japanese game with amazing music and art, look no further than this franchise. Shallie has a Life Tasks menu that basically lists the things she wants to or needs to do. These range from random things like cleaning up trash to battling and defeating monsters. Life Tasks also include story ones that are required for progressing to the next chapter. You’re encouraged to gather and explore for various materials for synthesis as an alchemist and these are used in battles or for other tasks. Combat is turn based and as expected, Gust delivered a cracking battle theme. While the performance overall is a bit iffy on the Vita, I do enjoy watching the combat animations and special moves a fair bit.

Gust is the master of character model art. I can’t think of another Japanese developer who manages to make character models look this close to concept and promo art. Shallie Plus is full of gorgeous characters and bland environments. The interfaces are nice and work well, but its obvious very little effort was put into improving how everything else in the game world looks. The sad part is performance isn’t great at all even with it not being a looker for the most part. Voice acting options are available from the get go in Shallie Plus unlike Escha and Logy. No additional download required here and both options are great. I stuck with English for my playthrough. While I usually have tons of praise for soundtracks in Atelier games, the opening song disappointed me this time. The main themes and town music are all nice, but the opening feels a little generic compared to previous entries. Atelier games make me consider importing soundtracks (and they succeed sometimes) almost as much as Falcom games.

Shallie and Shallie are both interesting enough to warrant two playthroughs. The way their tales come together is great and the addition of Ayesha and Logy makes things even better. I’m glad Koei Tecmo and Gust are still releasing Atelier games on handheld because even with the performance problems, I enjoy relaxing and playing them on the Vita. The synthesis, exploration, characters, and narrative come together brilliantly making this a journey worth going on.

Atelier Shallie Plus is a great way to end the Dusk trilogy in the Atelier franchise and suffers from the usual Atelier on Vita problems while still charming me over.

You may also like
atelier shallie plus: alchemists of the dusk seaReviews

Atelier Shallie Plus: Alchemists of the Dusk Sea set to release in Europe in January