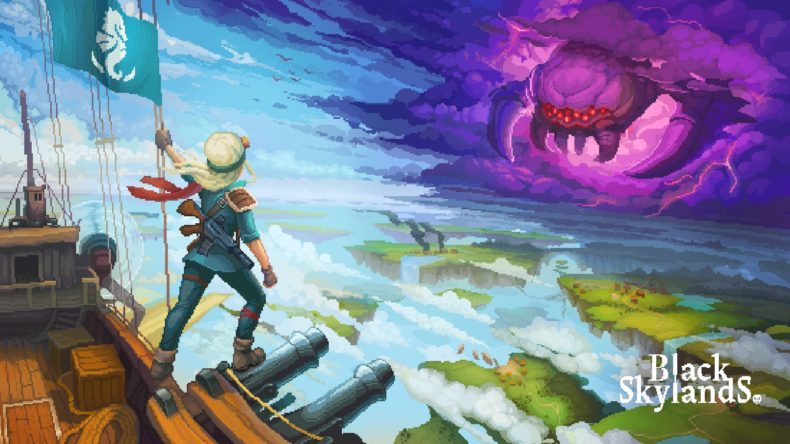 It has been some time since a game has had quite an impact on me. Black Skylands is such a wonderful open world adventure. It manages to blend elements from a wide range of games into a cohesive and enjoyable experience among the skies. Old school Grand Theft Auto, Stardew Valley, Hotline Miami, Owlboy. If you enjoy top-down shooters and crave building settlements whilst shooting things, this one’s for you. Not only is it tons of fun to play, there’s so much to do. It looks gorgeous, and the sense of freedom once things get going is unlike anything I’ve played in a long time.

The premise of Black Skylands sees you take control of a girl called Eva. Her home is attacked by the Swarm: a species of monsters that are set loose following a discovery made by your father. With this new threat, Eva and the rest of the Earners must secure the Fatherland and fight back against this terrifying enemy. Once the initial story is set up, the freedom you have in Asypa is endless. Earth is now split up into thousands of islands in the sky. To travel across the vast open world, Eva must rely on her airship. 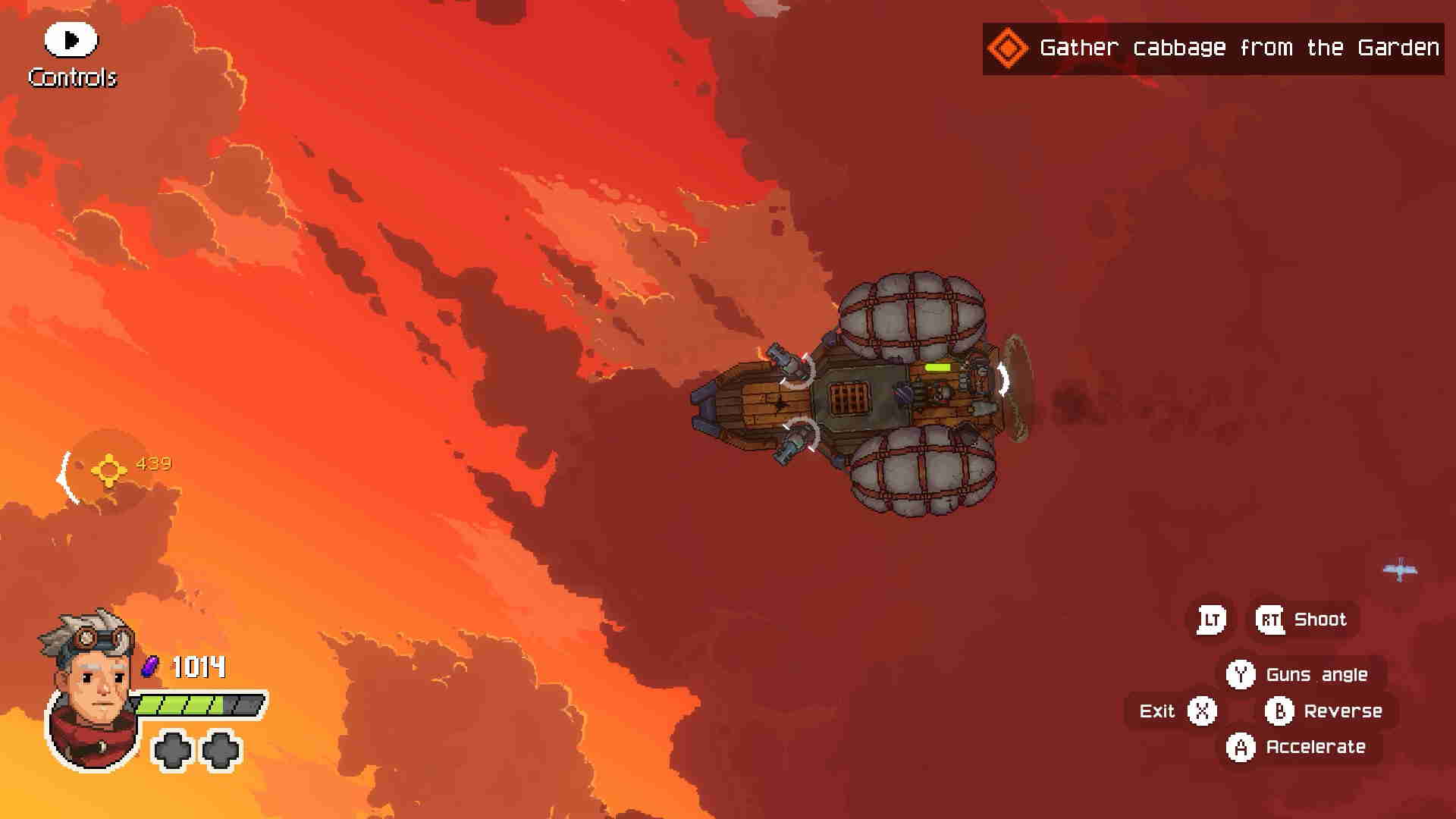 Not only do you get to change the type of airship you have and upgrade them, they can also get into air battles that require plenty of skill to reign victorious. From one-man enemies to giant monsters and airships, controlling your vessel and destroying your enemy can result in a long and thrilling battle. Each airship needs fuel and ammunition which can be stockpiled from floating fuel depots. Each ship has a cargo hold where you can dump all your findings in when galivanting.

Not only do you have to fight in the sky, almost every other island has enemies of some kind. In the early stages you’re fighting pirates. As the game progresses, the Swarm start to target you, and the action starts to get intense. You can craft new weapons and upgrade them with constant buffs and abilities in your workshop. Each island is made up of different areas. Some might have moving platforms or a high concentration of enemies. Almost all of them will have crafting supplies such as wood, stone, and various ores. 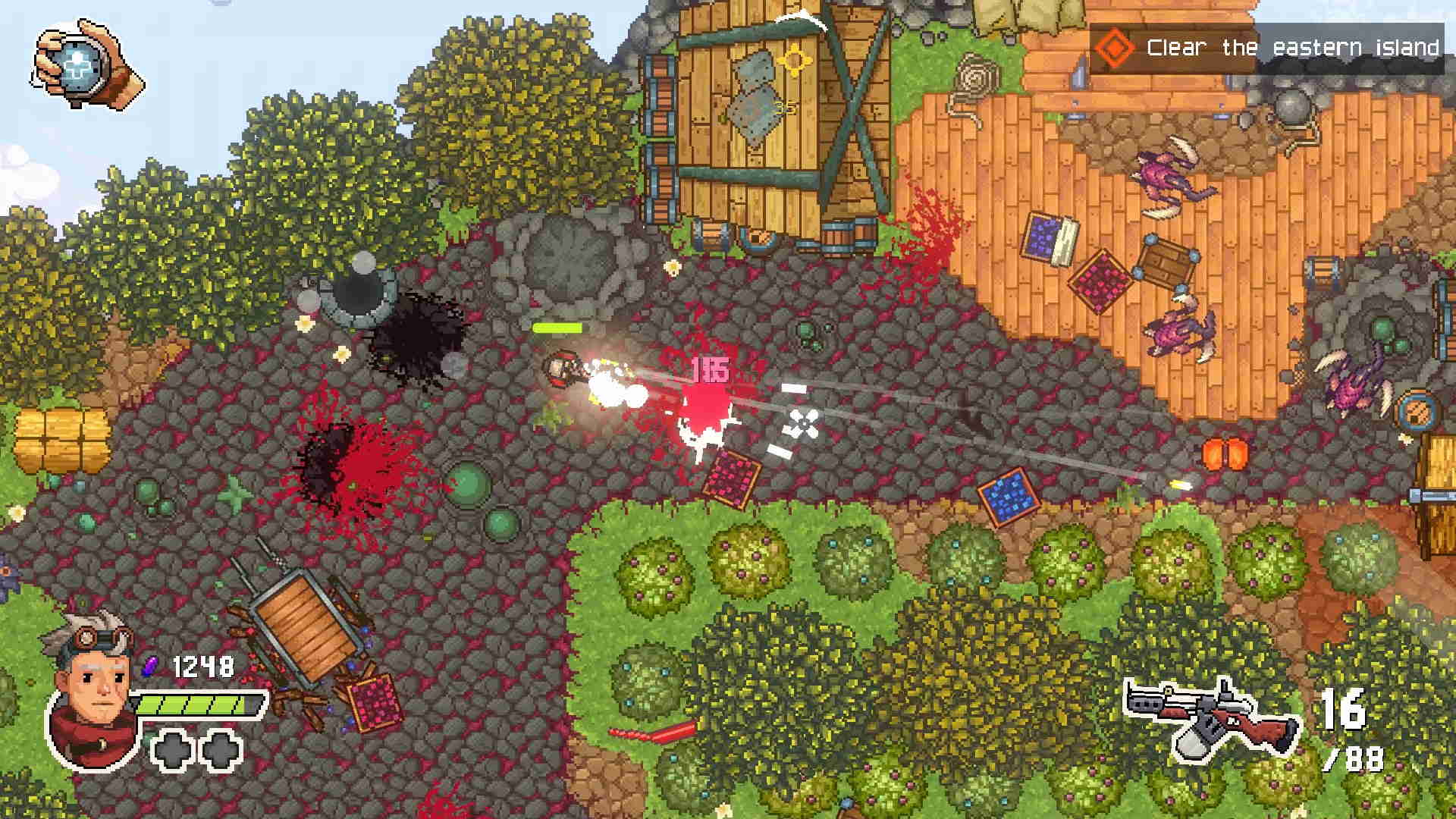 The fundamentals of ground combat revolve around the type of weapon you use, and rolling out of the way of an incoming bullet. By getting used to evading at the right time, it can be tricky for the enemy to shoot you. Boss fights can prove difficult, but as long as you keep upgrading your arsenal, you’ll be fine. One of my only issues with certain guns is their accuracy. You use the right stick to aim, but some enemies can move out the way, or you miss altogether. It takes a bit of time to get used to the shooting. Not because it is difficult to do, but because of the pace of gun battles.

You also have a grappling hook that is a godsend. It can be used to bring enemies closer to you; fire at nearby platforms to move you to them; smash boxes with gems inside; and more. If you ever fall off a ledge, firing the grappling hook at the right time and in the right direction can save you from death. If Eva does die, she’ll be brought back to the ship or her bed, depending on how many hearts you have left. Health can be picked up from different plants, as well as temporary buffs to your gun power and more. 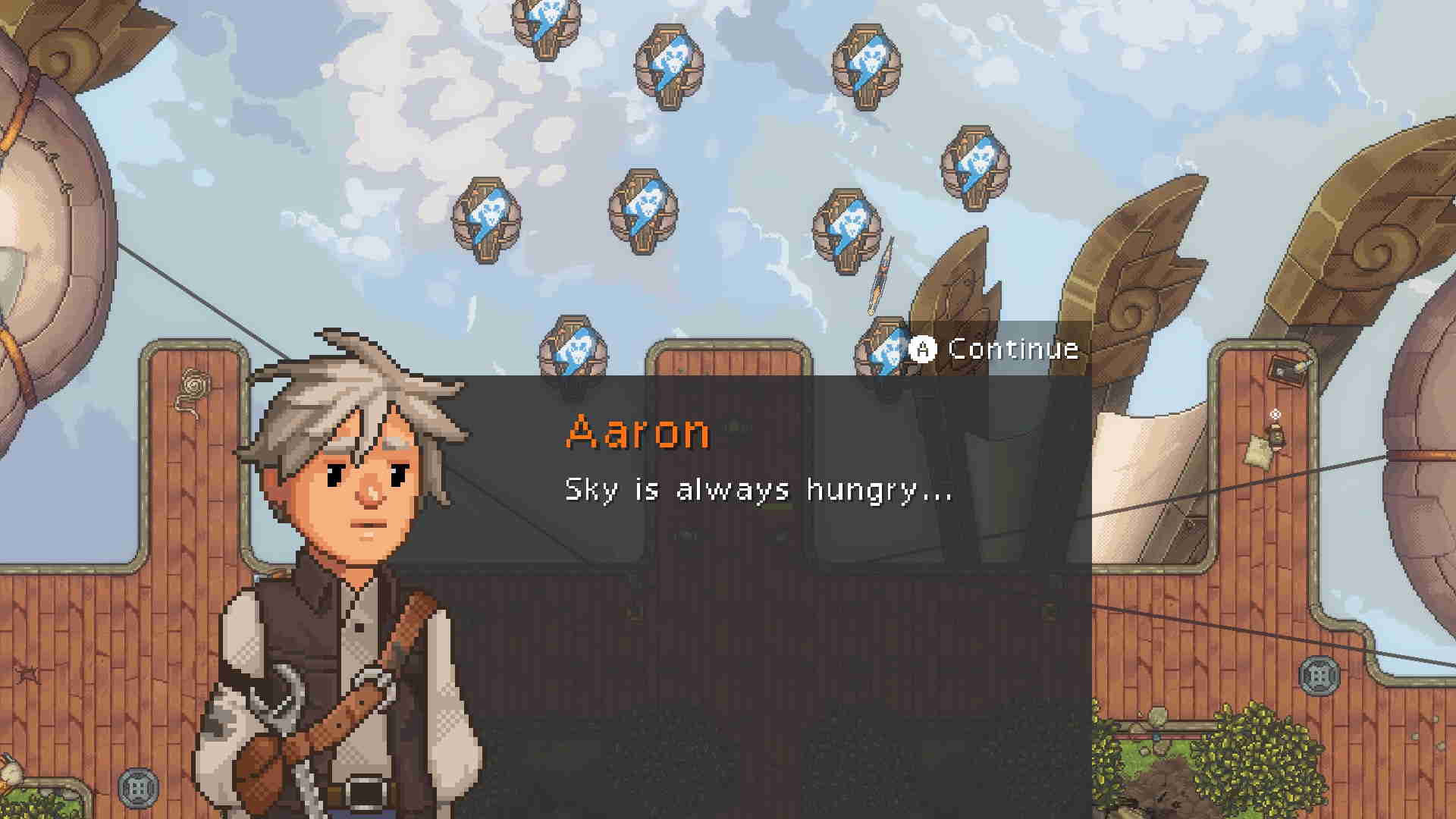 Every adventure you go on can have multiple objectives, both ones you’re given and your own. The Fathership is your home in the clouds. By building different buildings, new options and opportunities become available. You grow can grow vegetables and cotton, breed animals, convert ore into ingots, and so much more. Everything feeds into something else. You’ll do this for missions, but eventually it’ll be up to you to see how your home thrives.

Not only is it about upgrading your own home. By liberating islands, you can also grow your influence in Aspya. As you do this, new resources might become available, as well as research paths and the freedom to harvest items without enemies trying to kill you. Black Skylands is huge. Not only is there something to do all the time, but it provides plenty of enjoyment at the same time.

Pixel art can become familiar across different genres and titles, however, Black Skylands is gorgeous. Everything is so well-detailed. Various environments and biomes exist, and the types of alien enemies are great. I’m nowhere near discovering everything it has to offer, but I intend to do so. This will be something I play for a long time to come.

Black Skylands is only in Early Access at the moment, but I’ve had a lot of fun with it. While combat can get frustrating at times, the rewards across the different islands make it well worth it. The story is engaging, and the open world has been meticulously crafted to provide such a wholesome experience. If you enjoy the trailer, I’m sure you’ll have a great time exploring Aspya and building your own home in the sky.

Take to the steampunk skies in Black Skylands