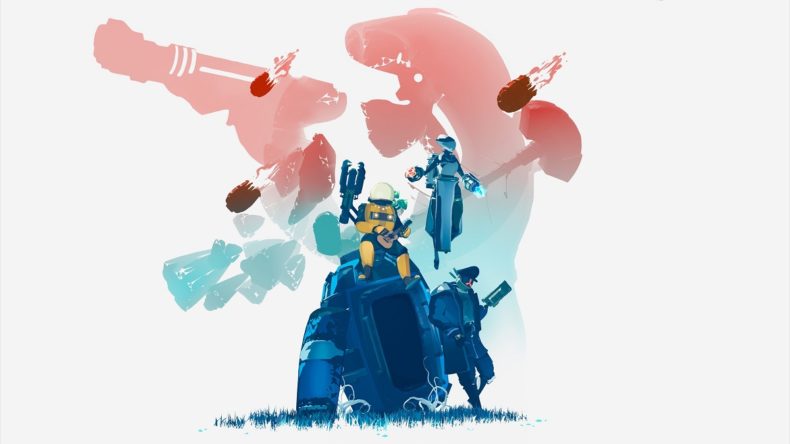 The Risk of Rain 2 console version is pretty much identical to that on PC, but with the Anniversary Update dropping recently, it’s a good a time as any to take a step back and appreciate just how far Hopoo Games’ excellent sci-fi shooter has come. Sometimes, the best games have a simple concept. That’s often all it needs, as long as the gameplay has a satisfying loop. What Risk of Rain 2 does is throw players into a chaotic yet controlled war against alien hordes. Waves upon waves never stop coming, and you fight as if you’re life depends on it.

From the moment your pod drops on a mysterious planet, your finger rarely leaves the trigger. Risk of Rain 2 starts off relatively easy, however, as you progress through the worlds, that difficulty ramps up spectacularly. After finding the teleporter, you must trigger it to escape. Once activated, a boss will appear. Defeat the hulking behemoth, and get out of there. It al sounds pretty straightforward, right? That may be so, but the hundreds of creatures that flood the planet both on your way to the teleporter and at the point of activation causes you copious issues.

Some are airborne, reigning fire down upon you. Others are powerful land-based enemies that get up close and beat the living shit out of you. The variety of foes are vast, and knowing the best way to deal with them is part of the fun. Not only that, but there are so many at times that you must use every skill on hand to defeat them. In the beginning, you start off with one type of survivor: the Commando. A basic, all-round fighter, they fire blasters and have a limited roll to evade enemies. The more you play, the more Survivors you unlock. Each one has a different skill set. 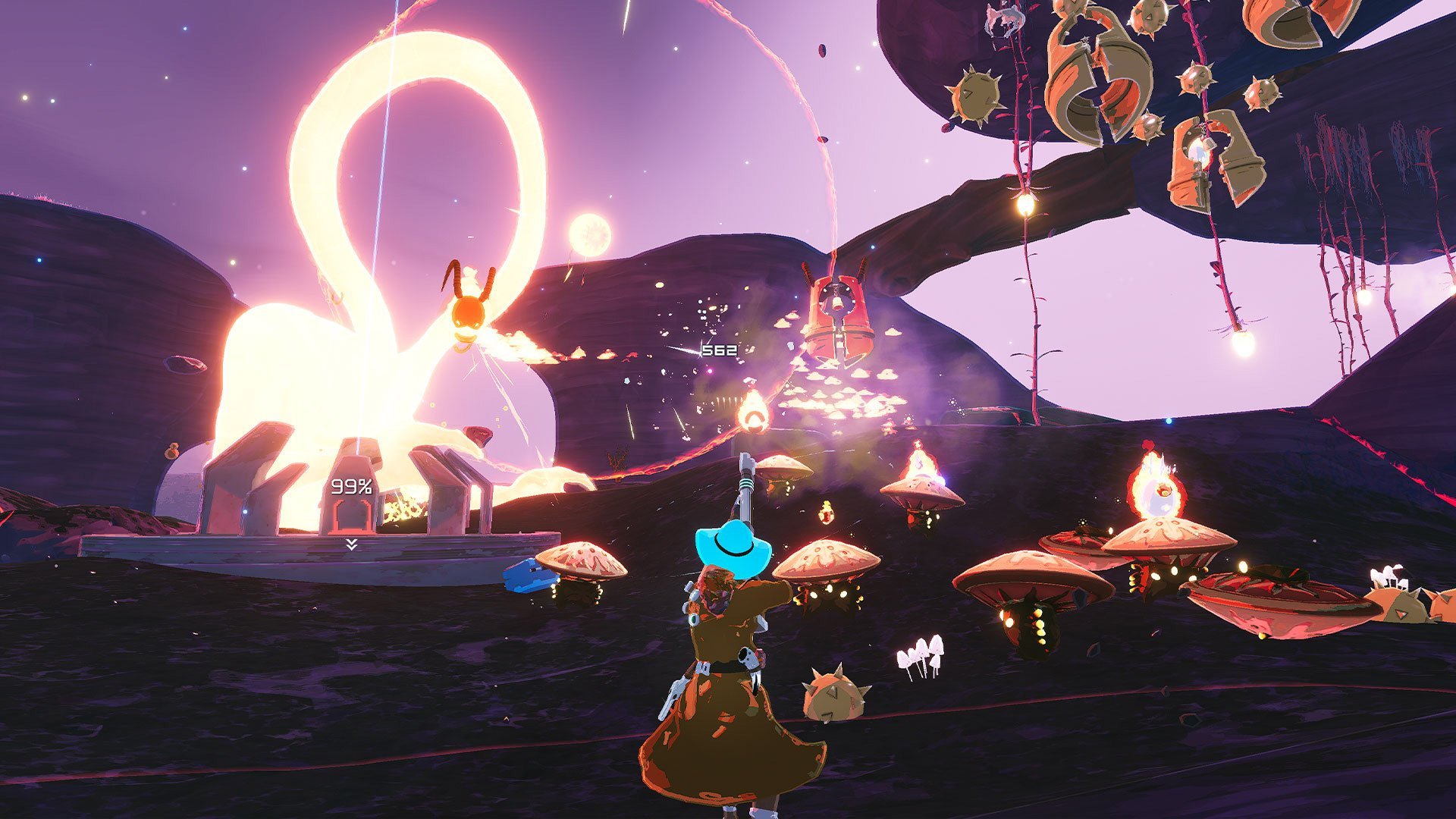 For example, the Huntress uses a bow and arrow that has a lock-on, meaning precision firing isn’t essential; Acrid poisons enemies and can do 200% damage up close with its claws; and Artificer can hover in the air and launch fire bolts at unsuspecting creatures. There are 12 in total, and each one is different. The Anniversary Update has added the Bandit from the original Risk of Rain. A shotgun-wielding Survivor who can do a lot of damage with the Backstab skill, guaranteeing critical strikes when attacking from behind.

What makes Risk of Rain 2 so compelling is how each character works together. Playing solo is good, but when playing with friends, it becomes a completely different game. Having up to four Survivors playing together at any one time makes for some intense action. Knowing how each one works and finding a way to play together can make a huge difference to your survival. With so many different moves, fighting countless enemies whilst trying to survive can be some of the most fun you’ve had in ages.

While the gameplay is ridiculously exciting, there’re tons of buffs to find that heighten your enjoyment. By defeating enemies and finding coins, you unlock chests that offer various buffs. Stuff like adding invulnerability, improving speed and armour, cooldown reductions, and firing lightning are just some of the ones on offer. Every buff you find is shown at the top of your screen, and they’re carried over to every new world. Coins aren’t carried over, so spending them before moving on is the best option. You can also unlock gun and health turrets to accompany you, but these can be more of a burden than anything else. If you find too many, they’ll interrupt your movement, even knocking you out the air or along the ground. 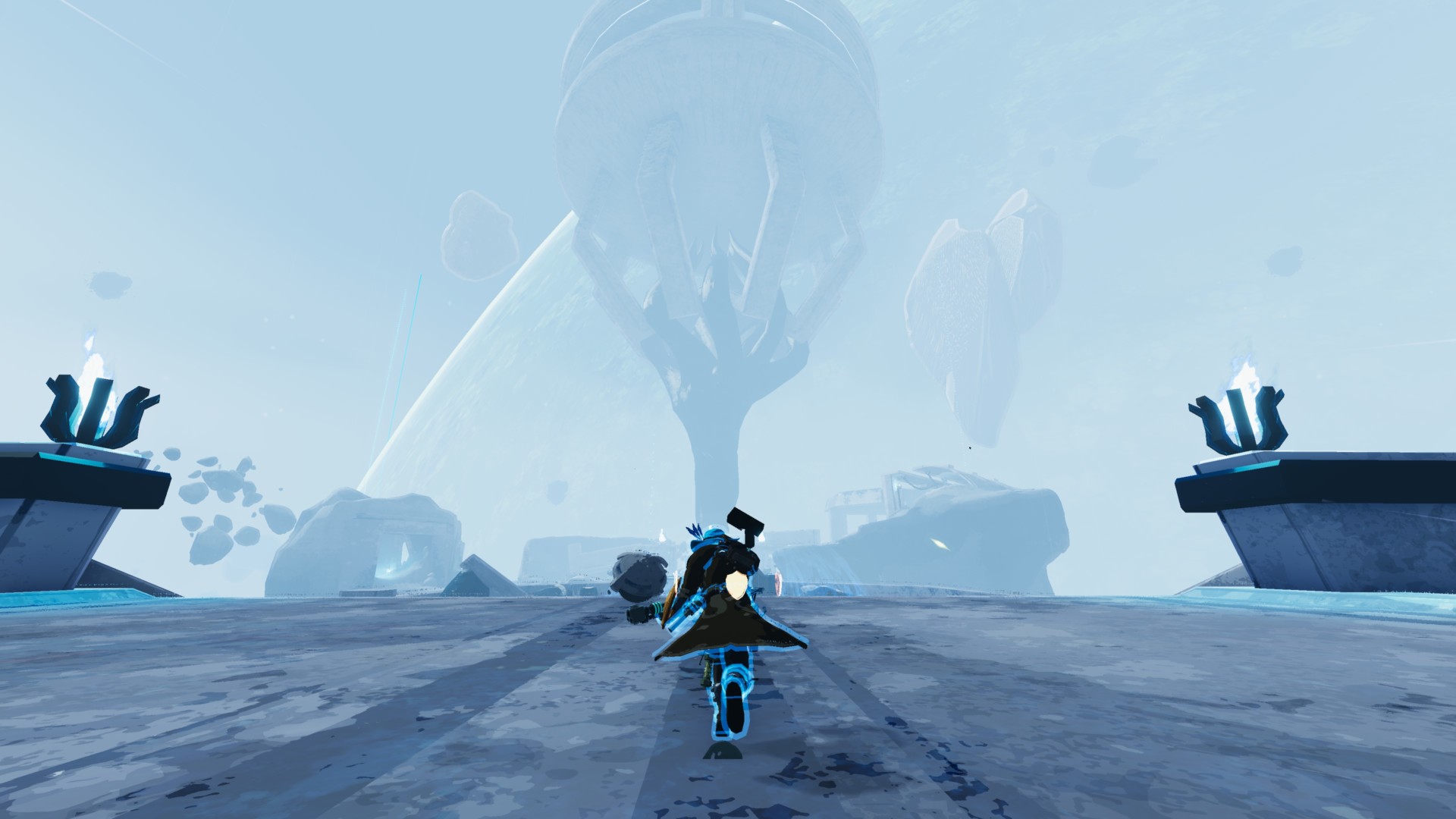 Risk of Rain 2 is a busy game. One lapse in concentration can affect you massively. This isn’t a negative at all, because when you’re ‘in’ it, there’s no feeling quite like it. The intensity is insane. To look at trailers or gameplay on YouTube doesn’t do it justice. With a controller in your hand, the combat and movement is some of the most amazing I’ve seen in a co-operative shooter.

Risk of Rain 2 console: Rock out with your Glock out

Visually, it isn’t anything special to look at, at least when you first dive in. Worlds are varied, and are always different due to them being procedurally generated. Saying that, there’s something endearing about the aesthetic. The game’s soundtrack is excellent, too. Featuring some banging synth tracks and extraordinary 80s guitar riffs, it hits all the right notes, all the damn time.

Risk of Rain 2 is a superb shooter. The gameplay is so diverse. Runs get increasingly harder, but the pacing is exceptional. Whilst you do feel the difficulty ramp up, you feel equipped to deal with it thanks to the wide range of buffs and abilities each Survivor has. Playing with friends is where it feels its best. While teleporters can be difficult to find, exploring planets, killing bad guys, and rocking out to the fantastic soundtrack all add to the wonder that is Risk of Rain 2. For fans who’ve been there from the beginning, the new items will mix up the combat, and new skills give existing Survivors a new way to play. I’m a relative newcomer, but I’ll be playing for a while.

Drones get in the way
Teleporters can be well-hidden

Playing the Risk of Rain 2 console version is by far one of the most fun experiences I've had online, with some of the best combat ever.