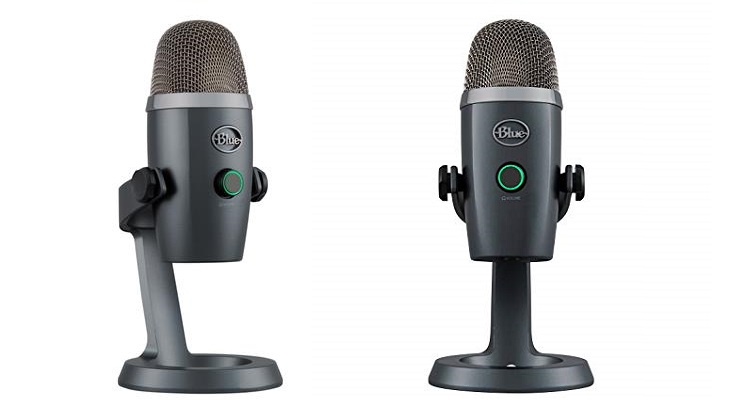 Since I started streaming for the site around seven or eight months ago, I’ve always struggled with sound. Things have improved over time, using my surroundings and tweaking settings, but the problems haven’t gone away completely. I have been using a Blue Snowball microphone during that time and although its sound quality is absolutely fine, since trying out the Blue Yeti Nano, the sound quality has improved substantially.

To clarify, I bought the Blue Snowball because it fit my budget at the time and, as a “budget” microphone (it costs around £45-55 depending on where you shop), it was excellent. It has done the job time and time again. The Blue Yeti Nano will set you back around £90 and that extra spend is immediately noticeable, to the point that I messaged Adam after I first used it, to comment on just how big a difference it made to my recording quality.

The Blue Yeti Nano is billed as a “premium USB mic” and comes with 24-bit sound and a “plug and play” setup, which genuinely works. It comes with its own small desk stand, but can be removed and attached to a microphone stand as I did. For anyone upgrading from a Snowball, there is also an adapter for the Nano so that it can fit on the same mic stands, which was incredibly handy for my recording/streaming setup. The Nano also comes with a separate USB cable to connect it to a PC/Mac, though the connection on the microphone itself is right beside the stand adapter, making it slightly awkward to put the cable in. It’s a small complaint, but one worth making.

The microphone does come with a couple of other small complaints too, such as the mute button still emitting an audible click that can be heard in programmes like Audacity and Skype. It’s not exactly an almighty kaboom, but it would still require editing to smooth out the issue for professional videos and podcasts, etc. The other issue would be the “pattern” button on the back, that switches between cardioid and omnidirectional recording modes; the button itself is fine, but the icons are tiny and aren’t entirely decipherable at first. Again, these are small complaints, but they do add up.

Thankfully, the recording quality, volume and sensitivity is excellent. Even when my voice was barely working, the Yeti Nano picked up everything without issue. When using the cardioid function, it didn’t pick up any background noise either. Personally, I don’t have a use for the omnidirectional mode, but it picked up sound beautifully from any direction, just at the expense of picking up an awful lot of background noise. This just means that it’s super sensitive and will work very well for a multi-person podcast, or whatever other recording you might want to do. You might just have to clean things up in post.

Another nice feature, I imagine mainly for recording solo projects, is the headphone jack in the bottom of the microphone itself. It gives direct feedback for your recording, and the mute button also doubles as a volume dial for the headphone sound.

The Blue Yeti Nano isn’t going to rival anything used in recording studios or anything, but it does provide some excellent sound quality and is perfectly capable of recording from all directions, thus also being capable of recording stereo sound and upwards, for all you budding ASMRtists out there. And yes, I did actually record myself whispering, to test the limits of the sensitivity. No, I will not let your hear that. If you’re in the market for a versatile microphone, be it for streaming, podcasting or whatever, without paying extortionate amounts of money; the Blue Yeti Nano is a pretty darn good option.

If you want a versatile microphone for your Youtubing, streaming or podcasting, the Blue Yeti Nano is excellent value.