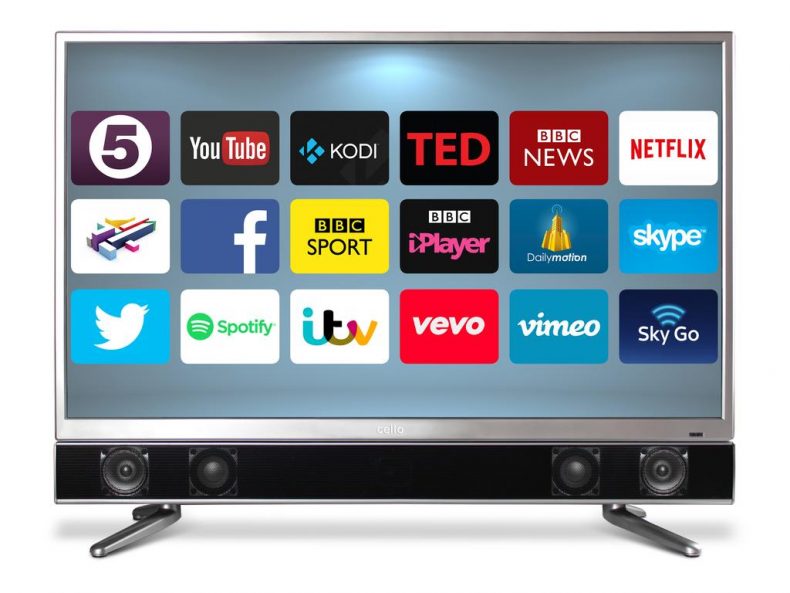 We live in a world where multiple types of technology are fusing together. Be it an Amazon Echo and the lights in your home, or using your iPad to adjust your central heating, there are many ways our world is syncing up to make life as easy as possible. When it comes to phones, you can both adjust your lights and your heating, as well as myriad other things, but when it comes to connecting to your phone to your TV, is there a point when the two don’t seem to have much of a necessity for one and other?

During my time with the Cello Platinum TV, I saw many plus points. But the big selling point for the TV was the integrated Android interface, which unfortunately had a few issues I struggled to work with – an idea held back by the television’s limitations to complete the task efficiently.

When it comes to how it looks, the design is beautiful. I reviewed the 55″ model, which fits nice and snug on your entertainment units. It may be huge, but it’s thin, and the two stand parts you can connect it with can be screwed in on either side. There are three HDMI ports on the pack, an Optical Audio output, as well as a MicroSD port which’ll allow you to store subsequent data when downloading movies, music, and other apps.

As far as the picture and sound goes, it’s glorious. The 4K Ultra Definition is stunning, and you’re guaranteed a great night in. Whilst playing on Horizon Zero Dawn on the PS4 Pro, a game has never looked this good. It offers four times as many pixels, and as soon as I witnessed the visuals I was blown away. The sunlight was crisp and bright, and the movement was so pristine as Aloy travelled across the plains I knew this was an excellent piece of equipment.

As for the sound, the built-in soundbar at the bottom of the screen offers clear sound whether you’re playing video games, watching a movie, or listening to music. I tried out all three, and even with the sound turned right up the quality is superb. The bass on a Drake track is thumping, but never overpowers, and watching Game of Thrones on it allows every sound to be picked up from every swing of a blade, cry of a soldier, and roar of a dragon. Whilst playing God of War, the orchestral score boomed and absorbed right through me, allowing me to have one of the best audio experiences I’ve had to date.

The smart elements of the TV were great when they worked, but I struggled a lot to get it to actually work. As soon as you plug in for the first time, you’ll get the option to connect to your WiFi. As soon as you do you’re given access to a wide range of apps downloadable straight to the TV. Netflix, BBC iPlayer, and My5 were just some of the apps I checked to test their performance on the television, and all three worked well without any lag, and the Netflix option for Ultra HD gave shows like Glow a presentation so clear, and pushed the performance to the limit with no issues at all.

The Smart TV comes with an Air Remote which is designed to act like a mouse to help manoeuvring around the screen much easier, but unfortunately I found it to be a constant problem whenever I tried to navigate around one of the apps. There is a button to turn on the mouse, but it rarely worked for me so some apps were unable to be accessed due to the requirement to click on options out of bounds when using the remote solely as a standard remote control. Sometimes the mouse icon would pop up, but I’d have to use the direction buttons to move it. The speed at which it moved was poor, and waiting for the icon to move took much longer than it needed to. The keyboard that pops up also takes a while to use when the mouse is playing up, making it more frustrating than it needs to be.

Still, the British manufacturers have done a great job in making this an affordable and accessible television, despite the problematic Air Mouse controls. You can check emails, watch On Demand services and even play games on it. The built in Freeview is also a bonus, and the easy access menu is relatively straighforward to get around.

A beautiful picture and lovely sound let down by awkward controlling via the Air Mouse.