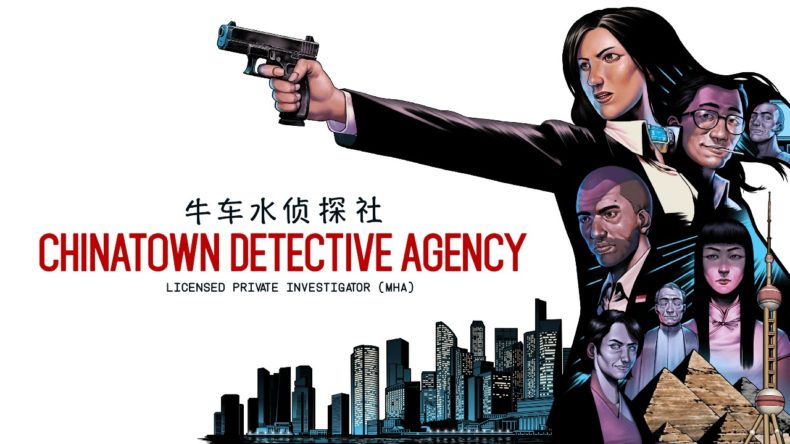 I tend not to be a lateral thinker. It’s a subject of much amusement to my wife, who has the ability to connect A to B with little fanfare. I have too much imagination. If I hear hooves I don’t think “horses”, I think “hippogriffs”. While this is far from the sole reason I’m not a hard-bitten PI in real life, it’s certainly a factor. Also I quit smoking and don’t own a trench coat. But at least with Chinatown Detective Agency, I can make believe a little.

Set in 2037, it focuses on the titular Agency and its sole member and founder, Amira Darma. A former Interpol officer turned private investigator, Darma works out of her pokey office in downtown Singapore City. With the world on the brink of economic crisis and the city threatened by a mysterious terrorist organisation, Darma couldn’t have picked a worse time. Or better time, perhaps.

CDA’s greatest strength is the amount of choice it gives you. Unlike many point and click adventure games, the clues aren’t just lying around for you to find. For example, if you need to look something up on the internet in-game, it will alt-tab you out to your browser. There are no cases that can be solved by simply clicking on everything you can highlight, and you’ll need to think your way around problems.

In the opening hours several people will approach the CDA with cases. Businessman Rupert will ask you to track down a missing person suspected of pulling a heist; Tiger Lily, who runs a “health spa” will ask you to help a client of hers return priceless artefacts to various museums around the world; and Keeran will task you with uncovering corporate and governmental cover-ups. After taking a few cases for each, you’ll be able to choose one to work for full-time.

I went with Tiger Lily, who’s cases often involve googling descriptions of real world relics or even employing Google Lens to identify images. While I didn’t struggle with many cases, some of the optional objectives have incredibly obscure solutions. That said, I learned a few things. The developers have clearly done their homework. 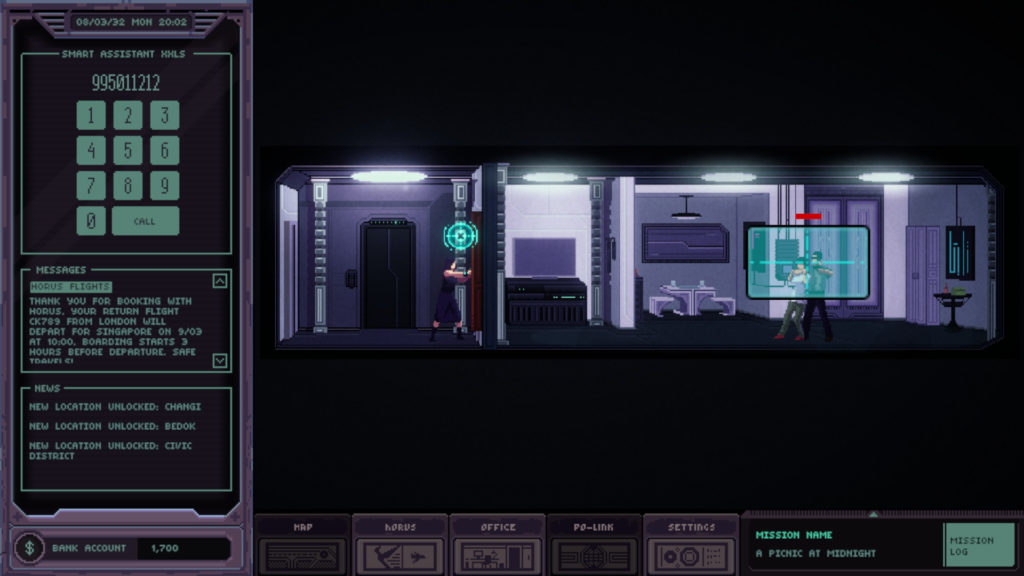 Some cases will get hairy though. It’s not all sifting through paperwork and asking pointed questions. A trained former cop, Darma will draw down when she’s forced to. Chinatown Detective Agency is no shooter; when you pull a gun, you’ll have limited time to take a non-lethal shot with your cursor or you’ll fail the encounter.

Other fail states include taking too long during time-sensitive missions or even turning up to events late. An in-game clock ticks on, and you’ll need to be mindful of the hour and date for booking international flights or getting to parties on time. You’ll often be called to travel around the world, although each city you visit will only have a few places to check out at most. It’s often more a case of knowing which country to go to in the first place.

All this jet-setting costs money of course, so you’ll also need to keep an eye on your finances. Not only that, there are also bills to pay. If you miss the rent for more than two months, it’s game over. This often forces your hand where cases are concerned, especially if you want to branch out and hire additional help. More people requires more office space and increased rent and amenities. 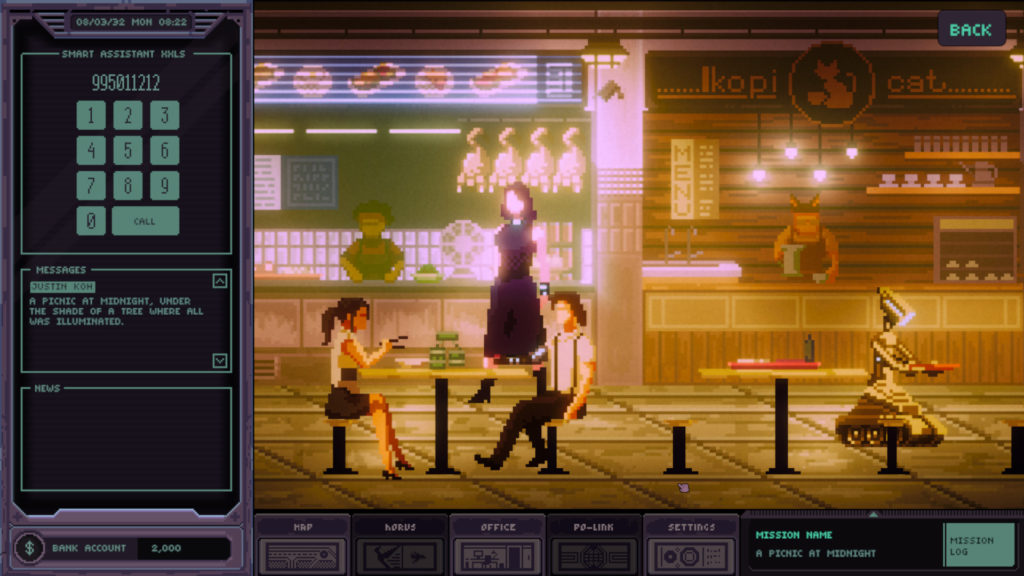 There’s so much going on in Chinatown Detective Agency, and reasons to keep multiple save files. What’s more, it makes you think. The most important thing in a detective game is that it makes you feel like you’ve achieved something clever. While some of the cases are easy enough to solve, the fact that you have to put in the legwork makes a massive difference. It also helps that the writing is good. Characters feel like they existed before the narrative began, and the central plot revolving around futuristic terrorism keeps the story moving forward even as you tackle less interesting cases.

Add to this some great pixel art and there’s a very compelling title here. The biggest issue I have is with the save system. While you can save your game at any time outside cases, once you take one you can’t save again until it’s over. This is incredibly counterintuitive, as it means if you’re half an hour or more into a case you can’t take a break and come back later. Some cases have multiple stages so stopping halfway and having to restart is downright bad design. It also crashed on more than one occasion, necessitating restarts that weren’t my fault at all.

If you can work around this, though, Chinatown Detective Agency is a great game. It’s pretty enough to catch your eye and smart enough to keep your attention, with multiple critical paths to encourage repeat playthroughs. It’s sometimes a little too clever for its own good, but it’s well written and charming with it. If you can overlook the issues with the save system, it’s well worth a look.

Chinatown Detective Agency is sometimes a little too clever for its own good, but it's well written and charming with it. If you can overlook the issues with the save system, it's well worth a look.