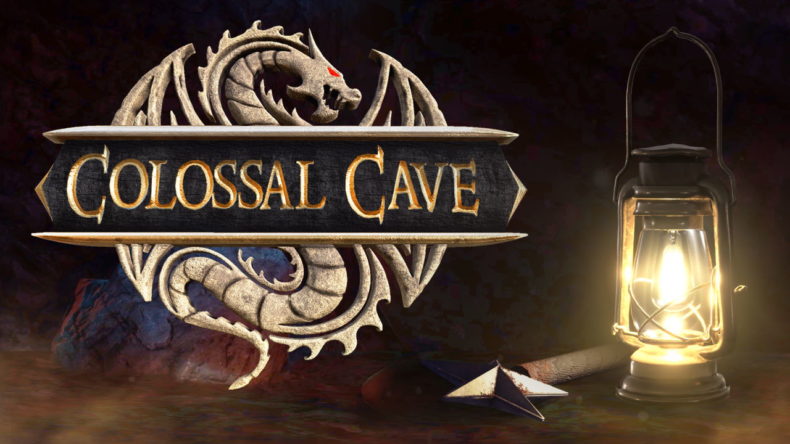 Nostalgia is often a devilishly beguiling mistress. Games we poured hours into in years gone by often hold a particular fondness in our hearts with our experience often recalled through a distinctly rose-tinted lens. That’s not to say those times weren’t enjoyed, but it’s often challenging to compare retro and modern gaming thanks to the constant march of progress. Games are of their time, and that’s my ultimate feeling when playing through Colossal Cave – a remake of Colossal Cave Adventure, a text adventure from 1976. Despite this looking and feeling like a newer game, sticking so close to its source material – warts and all – hampers its ability to find a place in 2023.

The premise of the adventure is to explore the titular Colossal Cave, full of labyrinthine passages and caverns, which are a constant barrier to your progress. There are also enemies you need to be wary of, and items to find and use to help further your quest. Success in your adventure requires you to locate treasures and return them safely to a house at the start of the game. Where to find the treasures isn’t obvious, nor how to get to some of them either. And that, as becomes apparent very early on, is intentional. 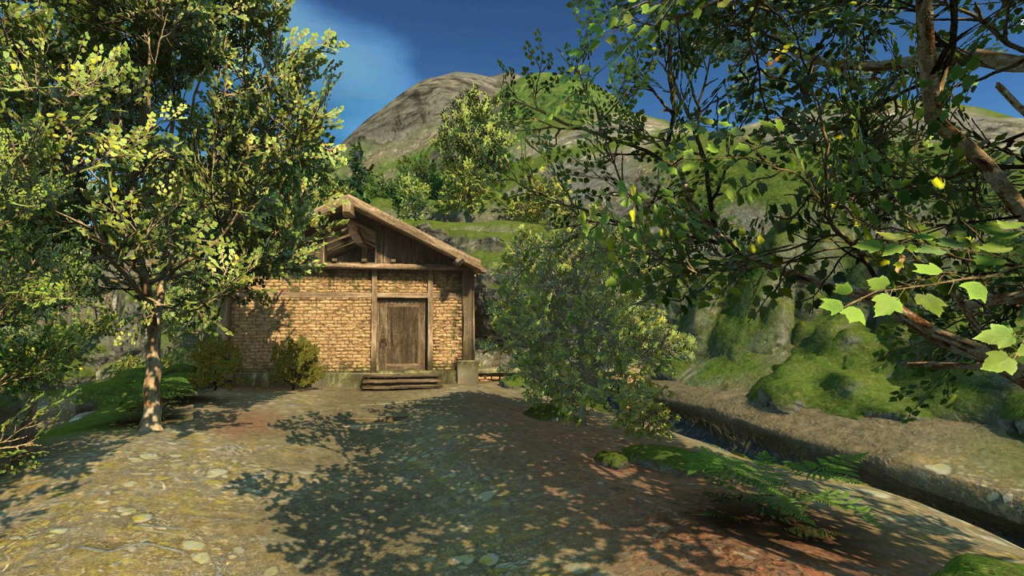 It’s clear that Colossal Cave, and its predecessor, is a game all about discovery. You as a player are left largely on your own to figure things out for yourself. You aren’t told how many treasures there are for example, nor is it necessarily obvious when you have located one – unless you notice a slight increase in your adventure score. The whole premise is you are supposed to delve into the secrets of Colossal Cave and through curiosity and trial and error, try and figure out its intricacies.

Alongside discovery, there are a couple of other facets to Colossal Cave which are, perhaps, less desirable. These are the elements of randomness and deception. Randomness was a quirk of the original, that took a few forms, and the same is true in the remake. There are enemy dwarves in the caves who will appear and can throw a knife at you before you are allowed to react. There’s a chance the knife hits, and you die. You can either quit and start again or choose a resurrection that keeps your progress but puts you at the entrance to the cave, and reduces your adventure score. Neither is desirable, and neither is your fault, you’re simply in the hands of the random-Gods. I went for over an hour without a death, and then got stabbed four times in ten minutes, after reloading my save a few times. Infuriating, to say the least. 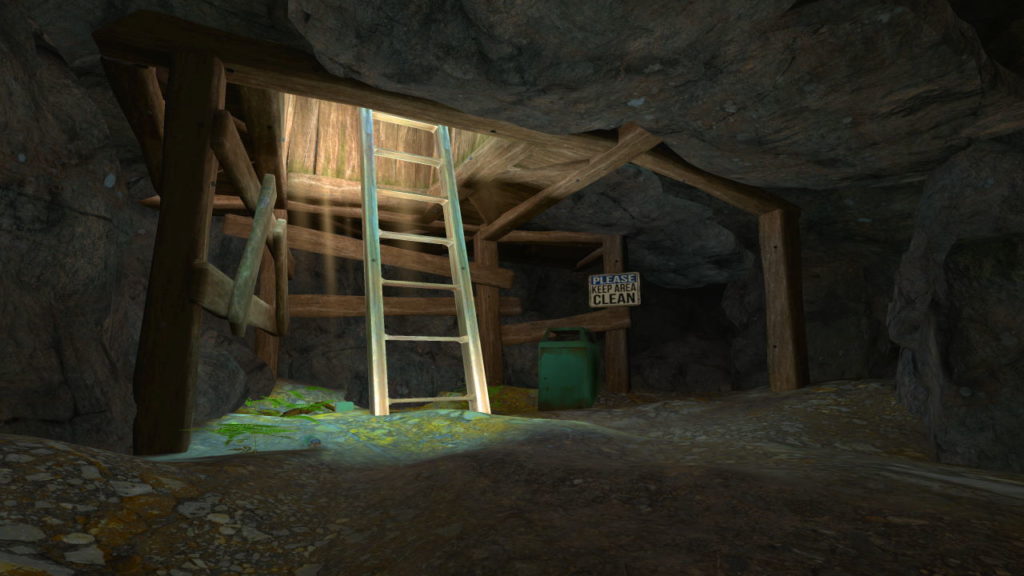 A map can be drawn for you as you progress through the cave – perhaps the only quality-of-life tweak made in the game. It means you can put the graph paper down and let the game assist you through the twists and turns ahead. But even this can be confusing thanks to random-nature again, as some rooms only have a percentage chance of leading you to where they should, or otherwise lead you back to the room you tried to leave. No indicator to differentiate these are made on the map, and so when I was backtracking one time, I thought I was going mad, and in the end falsely deduced my map must be displaying a one-way system. But no, it is the game being discreetly random, purely to deceive you for its own amusement.

And some will argue – particularly fans of the original – that it is these quirks that make Colossal Cave what it is, and there is some truth in that. But even the changes made to this remake hamper the experience. The switch from text adventure to first-person movement makes exploring the cave take longer than back in 1976. It’s obviously slower to trudge through a physical cave than simply enter the compass direction into a computer. So when you don’t know where you’re supposed to be going – and that’s very much intended – you can spend time wandering around quite slowly. There’s also the weird decision to not automatically attach to ladders. You have to approach them and then change to your interact prompt to actually initiate the climb or descent. It’s clunky, and made worse by the fact you can only do it if you are close enough to the ladder, without any visible indication when this is the case. The game has a recorded line of dialogue informing you that you need to be closer to use the ladder, as though even it knows itself the limitation of the interaction and the clunkiness of the design. 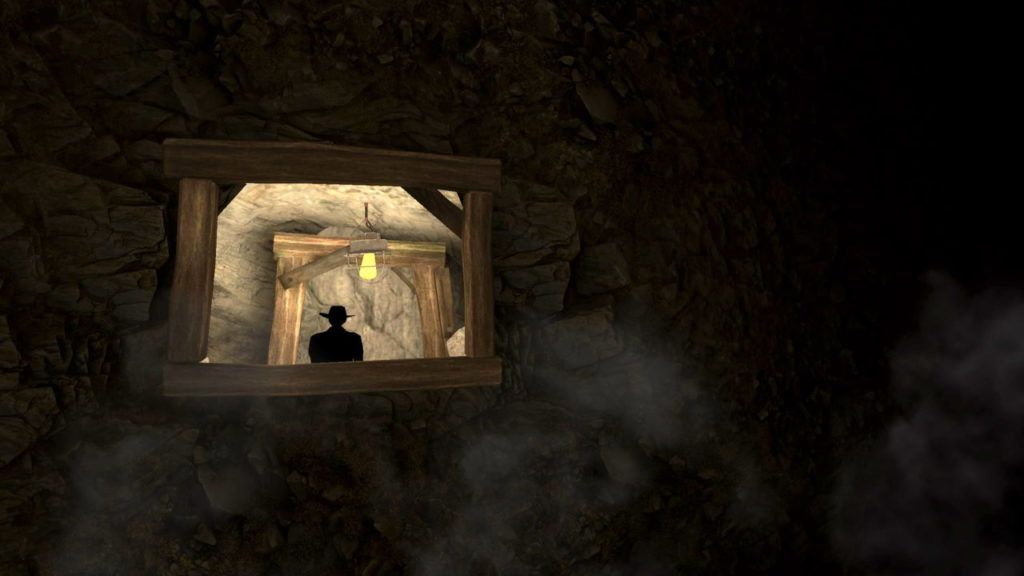 It might not be immediately apparent, but I really wanted to love Colossal Cave. I grew up with the Zork games and even loved them when they transitioned to visually designed worlds you explored. But Colossal Cave is clearly a game of its time, and this is a remake that is as faithful as you will find. The choices in design made nearly 50 years ago, wouldn’t be made today, as the userbase would be frustrated long before they were intrigued enough to put the time and effort into mastering the quirky challenges in front of them.

Colossal Cave does more to highlight how far games have come in terms of design and quality-of-life additions due to their omission here. That said this does feel like those adventure games of yore, with the humour and style intact, and fans of the original or similar titles will welcome this revival into the modern era. And this niche audience will get a lot from it, but others will be left bemused and a bit disappointed.

Colossal Cave is a love letter to the 1976 original which fans will enjoy, but newcomers will likely be confused, intimidated, and frustrated by its design.