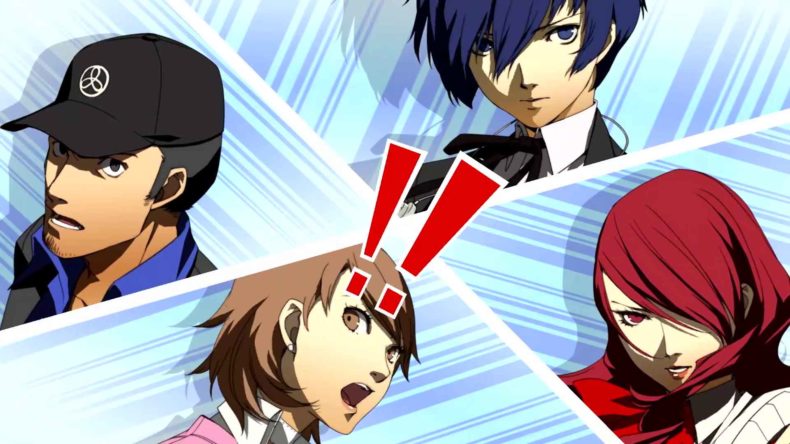 There have been multiple versions of Persona 3 over the years. The blinding original for PlayStation 2 had an improved FES version, the game was then slimmed down and squished onto the underrated PSP console with intuitive handheld alterations. But Persona 3 Portable is a remastered version of the portable release – which is fine for Switch gamers, and still a very, very good game – but may leave some feeling a bit short changed for reasons I will explain as we go.

On the plus side, Persona 3 Portable allows you to choose either a male or female protagonist. The time-honoured storyline of a transfer student turning up in a new town stays the same – but the gameplay experience is markedly different depending on your chosen gender, with a completely new set of social links and potential relationships to be explored, most obviously the ability to enjoy romantic dalliances from a female perspective. The story remains the same, but this new twist gives seasoned fans a new way to play, and gives the whole package extra replay value. 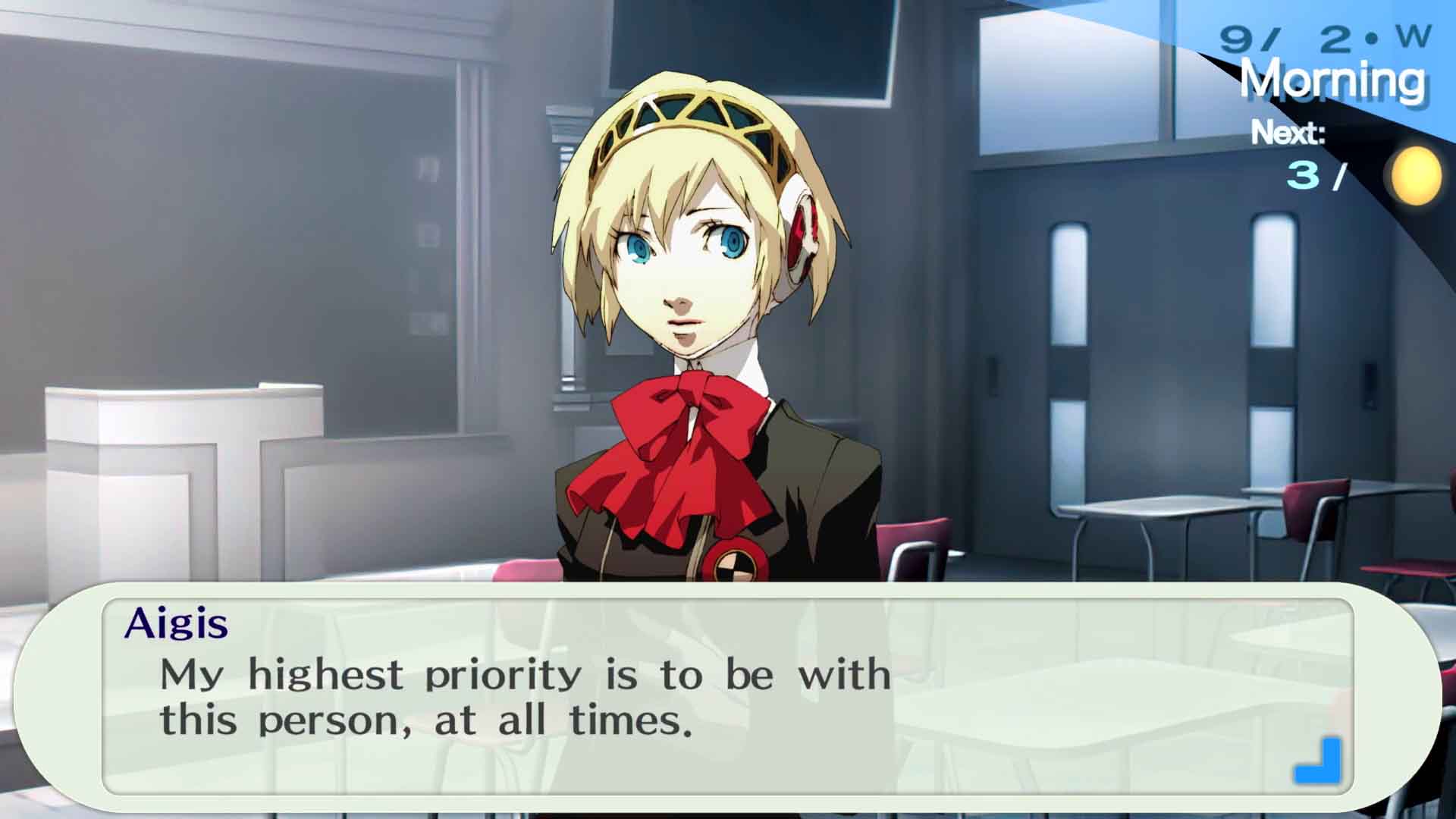 Much like the excellent fourth and fifth entries in the core series, Persona 3 Portable sees you balance the travails of day to day life as an adolescent high-schooler with a twilight supernatural world where kids with burgeoning psychic powers enter randomly generated dungeons – in this case a huge, sprawling tower known as Tartarus – to battle a horrific menagerie of creepy monsters known as Shadows. Forming relationships in school and around the town of Iwatodai sees your avatar developing Social Links – a concept now intrinsically linked to the series, which debuted here.

The strength of your bonds allows you to better harness the creation and evolution of your tarot-based Persona – supernatural beings who you can rely upon in battle to deliver myriad elemental and physical attacks and status-altering spells. Persona cards are collected in battle and can be combined and fused together in the Velvet Room depending on the current experience level of your character. The hugely varied arcana of mythical companions lend the game a Pokemon-esque level of collectible compulsion, and it is always a real thrill discovering and creating new entities in Igor’s spooky alchemic gaff. 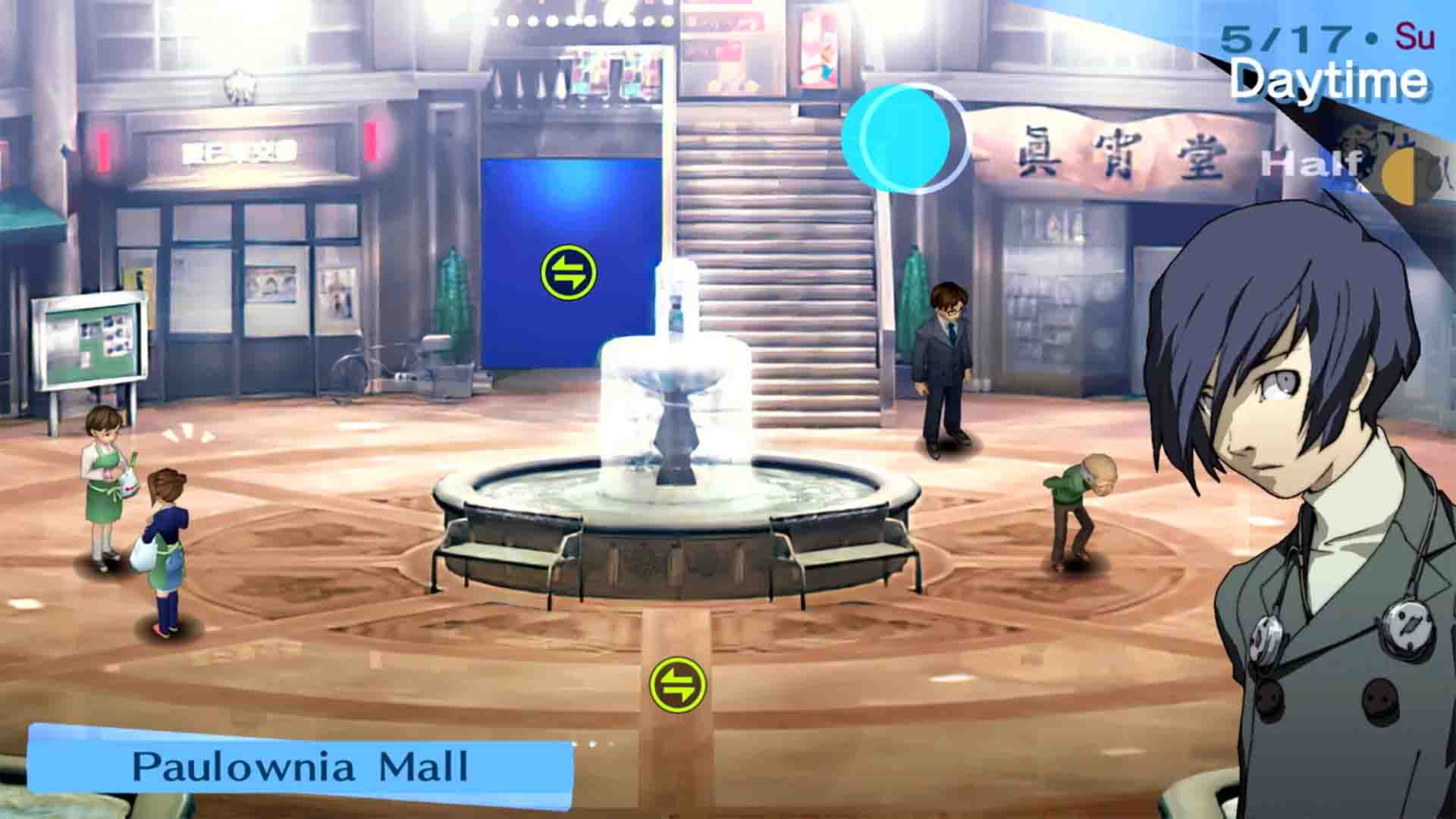 As with other games in the franchise, the experience is a terrific balance of well-written, often humorous day to day life, underpinned with a sense of danger, mystery and genuine melancholic teen-angst. More so than any other game I have played, it also features an unnerving, shocking motif in that the teenage sees team literally trigger the innate abilities of their Persona in combat by pulling out a supernatural firearm known as an “evoker”, and literally shooting themselves in the head. Although the gunshot and subsequent animation is a stylised, magical blast, it remains jarring and even shocking every time you see it. There is a reason for the mature content warning, and you wonder whether this would fly in today’s gaming landscape if it were a brand new, original release.

Running through the many floors of Tartarus in Persona 3 Portable never gets too boring or repetitive thanks to the random nature of the procedurally generated dungeon, the vast array of incredibly disturbing Shadows you meet, and the way things are regularly mixed up, throwing different variables into the mix like floors with increased enemy counts, boosted XP potential, extra treasure to find and rare monsters who drop special bounties or bumper stacks of Yen. 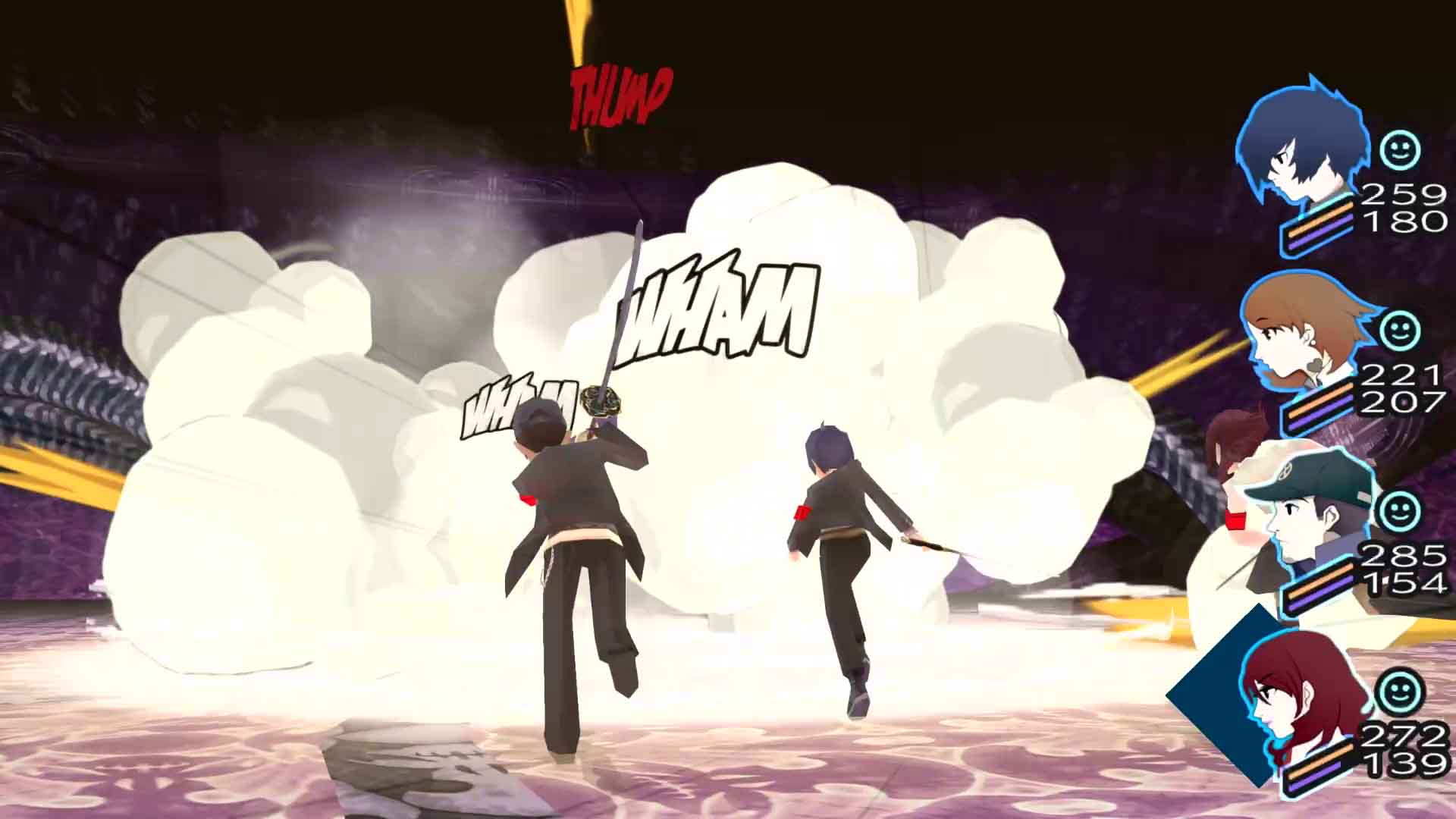 Combat is fun and can be handled manually, or with degrees of automation, with mechanics ripped from Persona 4. It is possible to just hit the X button and handle easier battles with automatic physical attacks; you can also give characters in your party instructions to attack, defend or heal. Finding out enemy weaknesses is key – as hitting a Shadow with something it is vulnerable to will allow you an additional and often crucial follow up attack.

Outside of Tartarus the game allows you to explore the town, go about your educational activities and the many extracurricular pursuits that come with it, develop hobbies, and even work part time in a variety of locales. Unlike the PS2 original and indeed Persona 4, away from the towering dungeon, P3P eschews 3D exploration with character models in favour of a point and click/visual novel style which actually makes sense on the Switch, even if Atlus have annoyingly opted out of employing the touch screen. It makes travel faster and moving between key areas a cinch, and it is a joy beholding the wonderful 2D artwork and classic cutscenes and character portraits. There are also some excellent anime cutscenes, top notch Japanese voice acting and a terrific soundtrack. 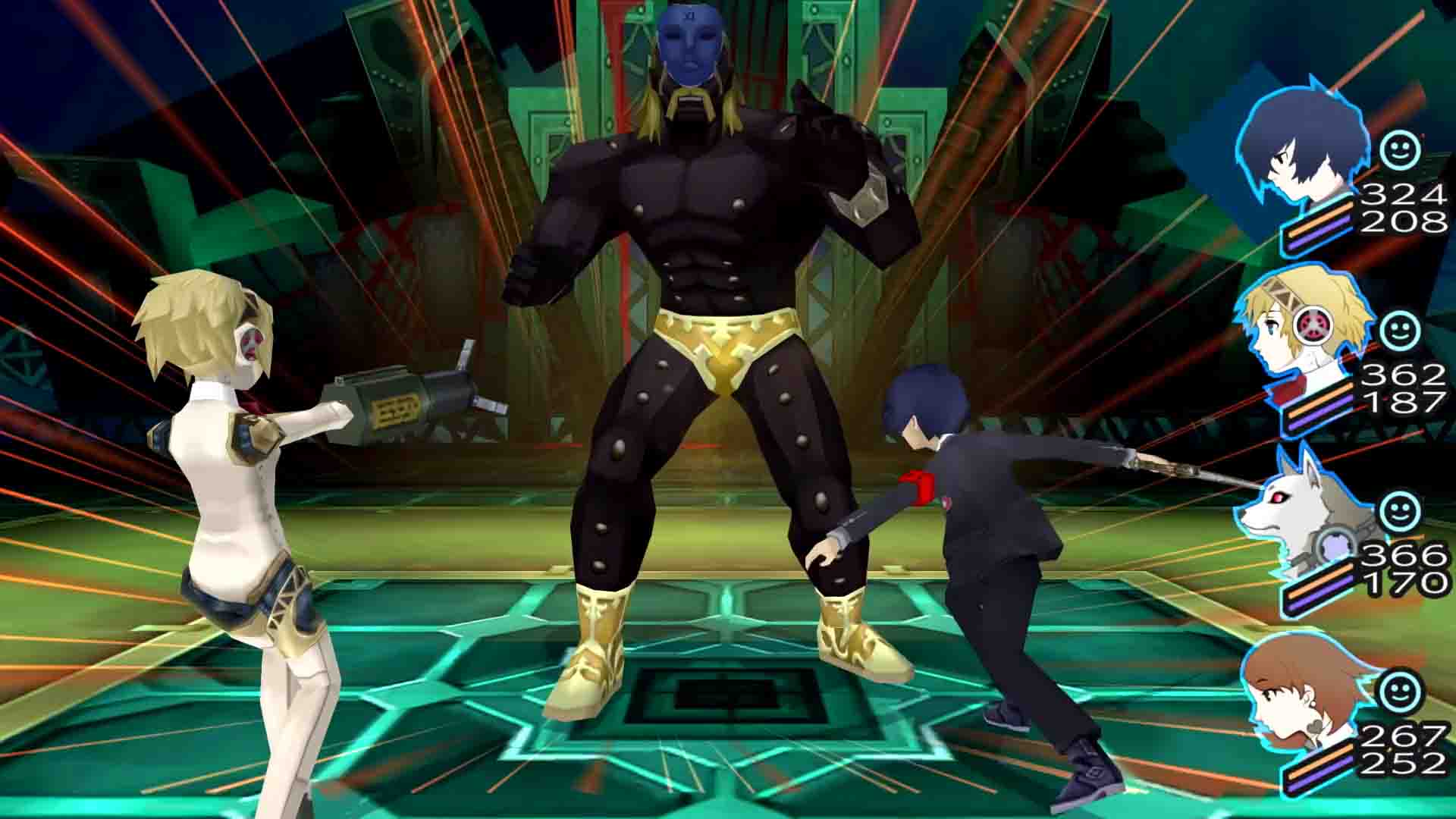 Just like it’s PSP forebear, Persona 3 Portable for modern consoles still lacks some of the epilogue content from the PS2 originals. Some may argue that they prefer the 3D models over the wholly 2D direction chosen here – however it does lend the game a breezier feel especially in handheld mode, and it is a lot less likely you will find yourself getting lost or struggle to find certain areas thanks to the easy menus and maps. As well as the choice of gender, like the accompanying Persona 4 Golden re-release this one also allows you to choose a difficulty level from the start, including the mind bending Maniac mode, which will see all but the best have their asses handed to them in Tartarus until they have done some serious Persona grinding.

Ultimately Atlus would go on to eclipse this release with the larger, deeper and more satisfying sequel, but do not let that put you off. This is still very much one of the finest role-players of its time, and a game that I managed to sink 30 hours into in worryingly quick time. Like Persona 4, the localisation is superb, the script sharp as a tack; and one which makes you identify and fall in love with the quirky cast of characters that you interact with, as well as feeling very much in control of your protagonist. There is talk of Atlus fully remaking Persona 3 using similar aesthetics to Persona 5. There is certainly a lot of potential to expand and tinker with its universe, and the strength of characterisation and story to warrant such a release. Until then, this is more than worthy of your time and comes thoroughly recommended.

Touchscreen support would have been nice

Persona 3 Portable has a script that's sharp as a tack, and one which makes you identify and fall in love with the quirky cast of characters that you interact with, as well as feeling very much in control of your protagonist.