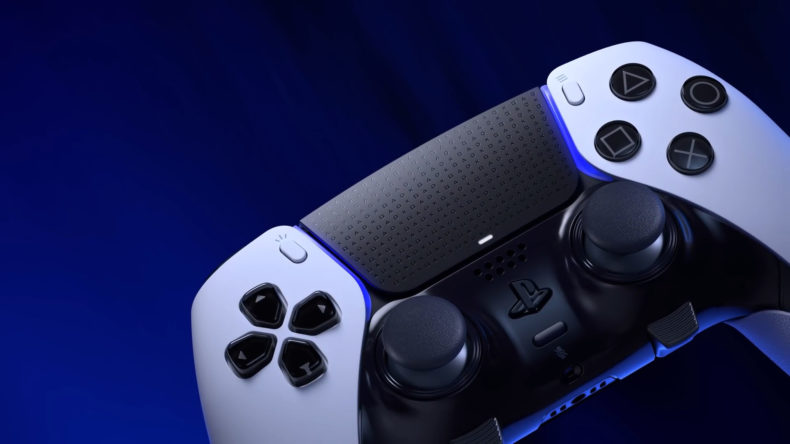 Let’s get the elephant in the room out of the way early doors with the PlayStation 5 DualSense Edge, shall we? I can’t tell you if it’s worth the money. I don’t know your financial situation, but I’d bet that like everyone else you’re struggling right now. Is it tone deaf to release a £209 premium controller? Maybe? Is this the best controller I’ve ever used? It just might be.

For starters, it’s worth remembering this is a premium controller. You’re not missing out, as such, sticking with the already phenomenal DualSense controller that comes with every PS5. But much like the Xbox Elite controller, what you’re getting is value added features, a higher quality finish on the DualSense Edge itself, and options to change how you play games, which will vary in use depending on how seriously you take your gaming.

The package itself comes in a nice hard-shell case, and there are long and short throw sticks included. These are easily swappable thanks to the bottom part of the controller now being removable. It’s important to note that while this is different to the normal DualSense, it doesn’t ever feel loose due to being removable. The point to having these stick options is that you can tailor your experience on a per-game basis. 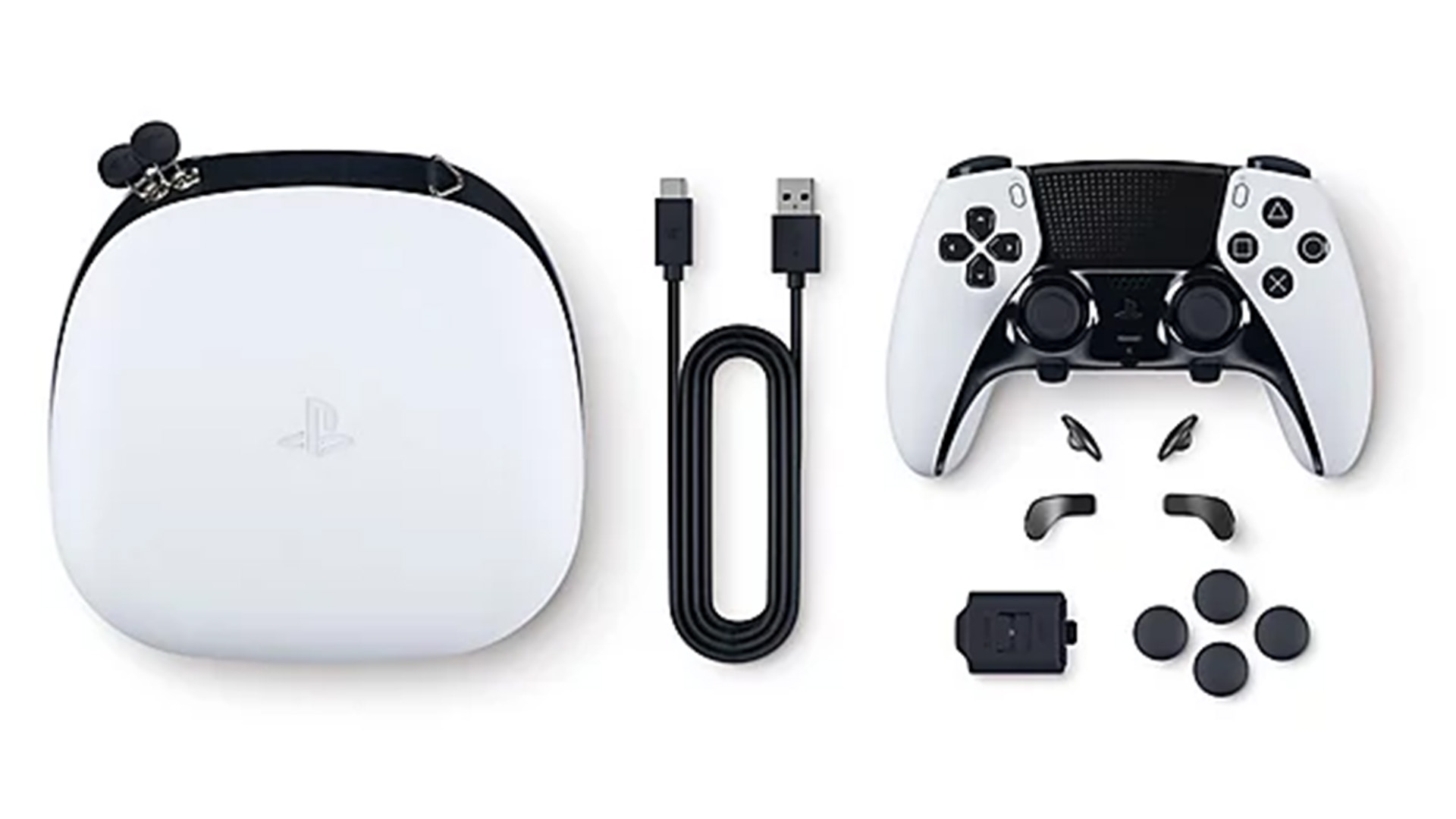 FPS players might like the fact you can add a longer throw stick to the right side for more precision in movement, though you could also prefer a shorter throw to make for quicker and more accurate camera controls. The point being: the choice is yours. There are two new buttons on the rear that are usable by adding either the included paddles, or the mini versions (also included).

I was surprised by this option, because the smaller ones soon made me feel a “where have you been all my life” moment. While the Xbox pad comes with paddles, I eventually removed them due to them being too large overall, and sometimes feeling like I’d hit them by mistake. Superb for driving games, offering a throttle like paddle, of course, but just a bit big for your standard FPS. However, the mini-paddles with the DualSense Edge are superb, and sat in my hands just perfectly.

The idea is that with the software included on the PS5, you can create custom profiles for games you’re playing. There are two “function” switches now underneath the sticks that you hold to bring up a menu. Holding function and tapping a face button will switch profiles instantly, allowing you to set three custom profiles up, and have the fourth as a “default” controller, meaning you can turn those rear buttons off quickly and easily. 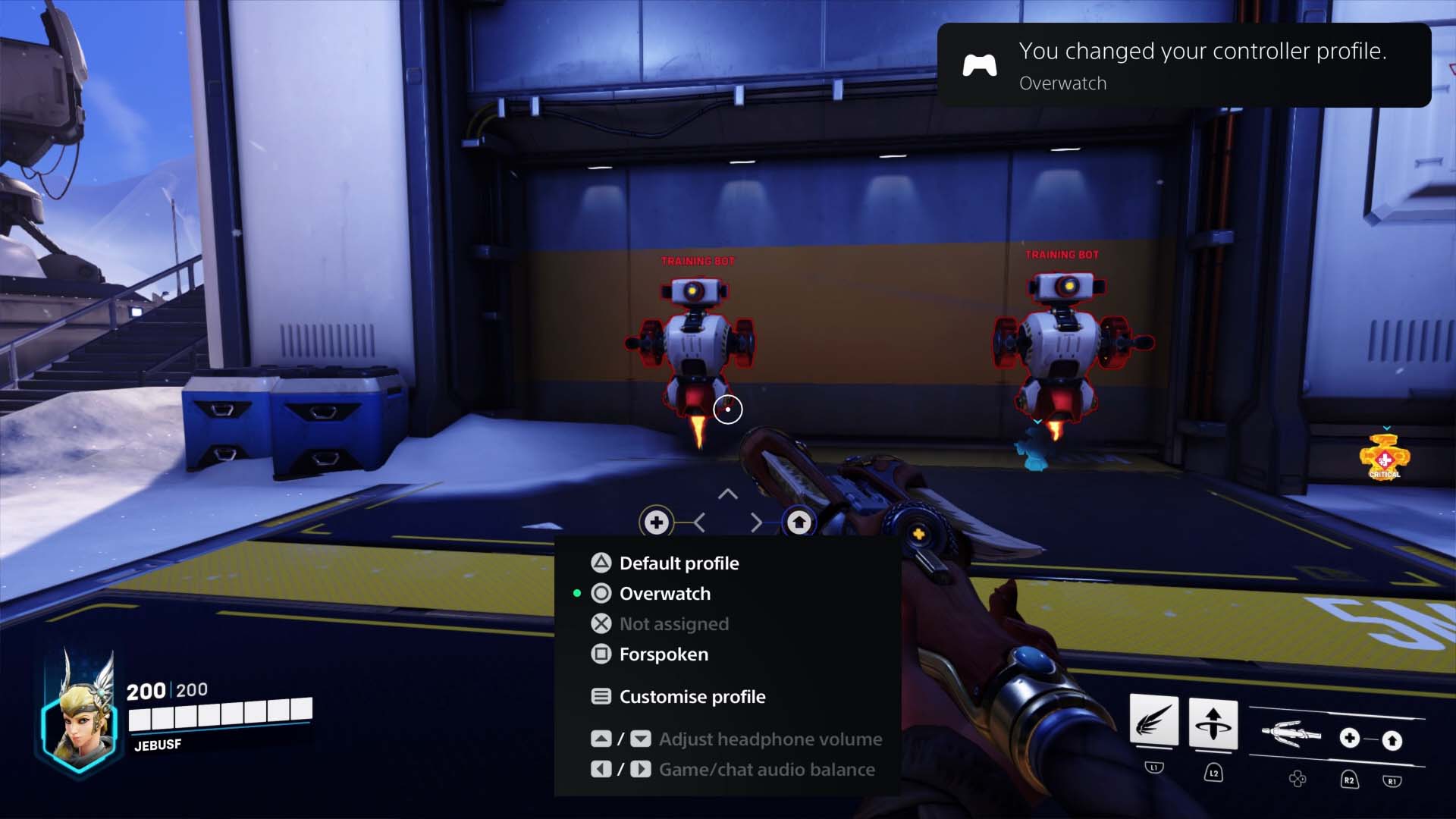 In practice, I set up two profiles: one for Overwatch 2, and another for Forspoken. In that latest PS5 console exclusive, you spend a lot of time holding down circle and parkouring across the environment, and I mapped this to the back right rear switch, allowing me to really comfortably run for ages. On top of that, I mapped the left one to the jump button, which made the bounding across the ground options better, and easier to time, meaning I instantly gained a trophy I hadn’t got in the previous ten hours.

Switching games, and profiles to Overwatch 2, I play as Mercy quite often, so it made sense to have the right D-Pad mapped to a rear button to switch to her gun quickly. Doing this means you can carry on fighting without removing your thumb from the camera stick. The spare button I mapped to jump, for the same reason. While it takes a little bit of time to get used to breaking your muscle memory, it’s a superb use of the controller’s multiple profiles. Even better, you can hold function and press options to jump right to the controller menu, and switch out which face buttons enable which profiles.

In among the menus you can switch up the sensitivity of the sticks themselves, and even the triggers can be tweaked to your individual preferences. It all works incredibly smoothly, and I have to commend how well this has all been integrated at a system level. If there’s a tiny complaint it’s that I’d like to have been able to bind the rear switch to combination presses. Back to Forspoken, to switch spell types you have to hold the R1+L1 buttons. It’d have been nice to have this as an option on the rear buttons, and thinking ahead to the likes of Street Fighter 6, I’m sure there will be combinations I’d like to apply there, too. 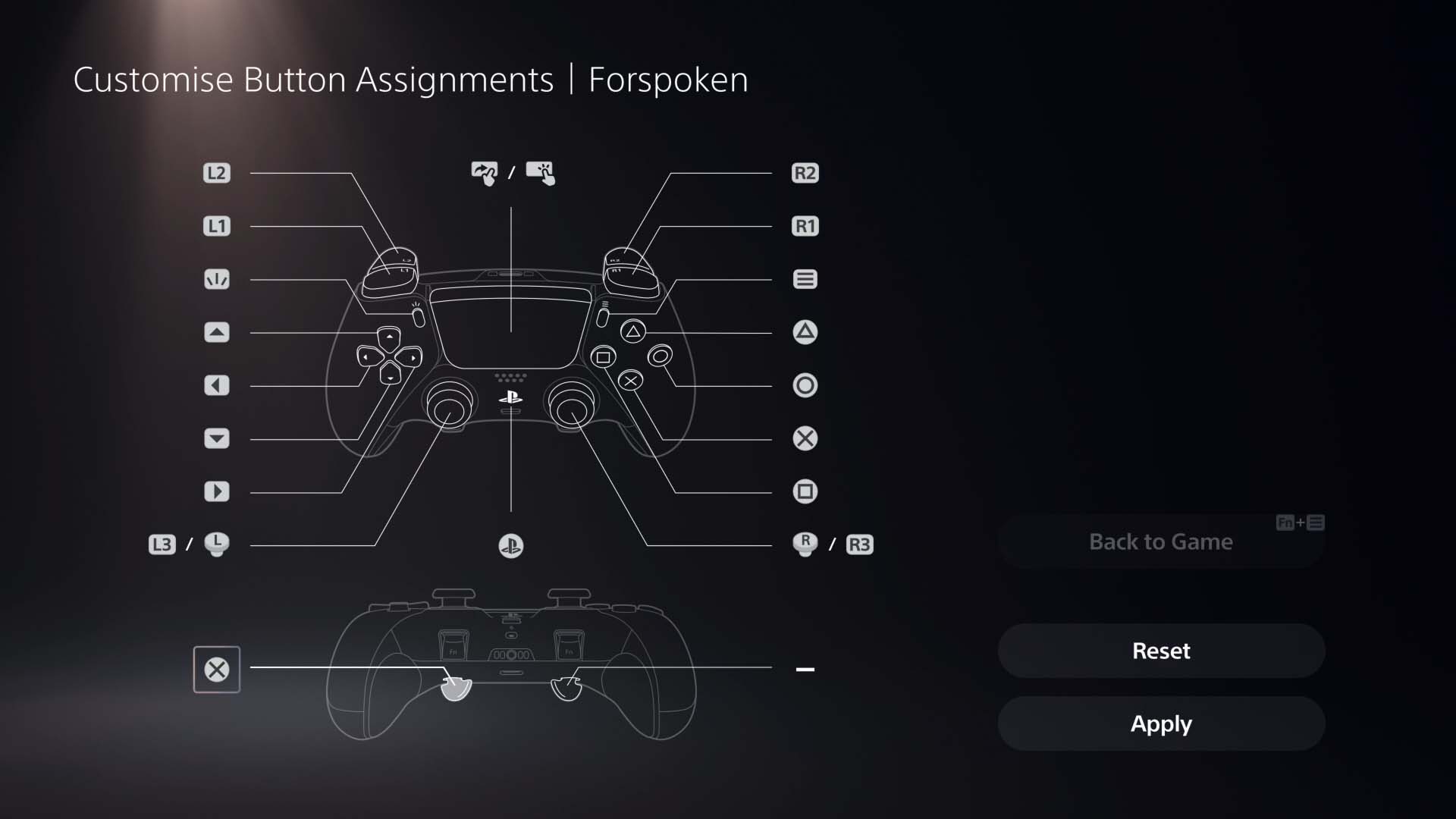 While we’re on the functionality, there is another thing I’d like to see Sony add. When holding function, you can adjust game volume, and the balance between game chat and game sound, all with the D-Pad movements. However, this only works with a headset that’s plugged into the controller itself. Now, it may be asking too much, but given I use the official PS5 Pulse 3D Wireless Headset, it’s very strange you can’t control that headset with these controls. It’s not the end of the world, but it’d be really neat to have complete control over everything with this new controller, for sure.

Aesthetically it’s got a shiny finish, and where the standard DualSense is clear white with a white touchpad, the DualSense Edge has a black touchpad, buttons, and D-Pad. I like how it looks, and frankly the whole thing feels premium and well made. Much has been made of the battery life being worse, but in practice I drained the DualSense Edge about the same speed, if not slightly quicker than a standard one, but I think Sony knows this, as the included braided charging cable is way longer than you usually get with these types of products. 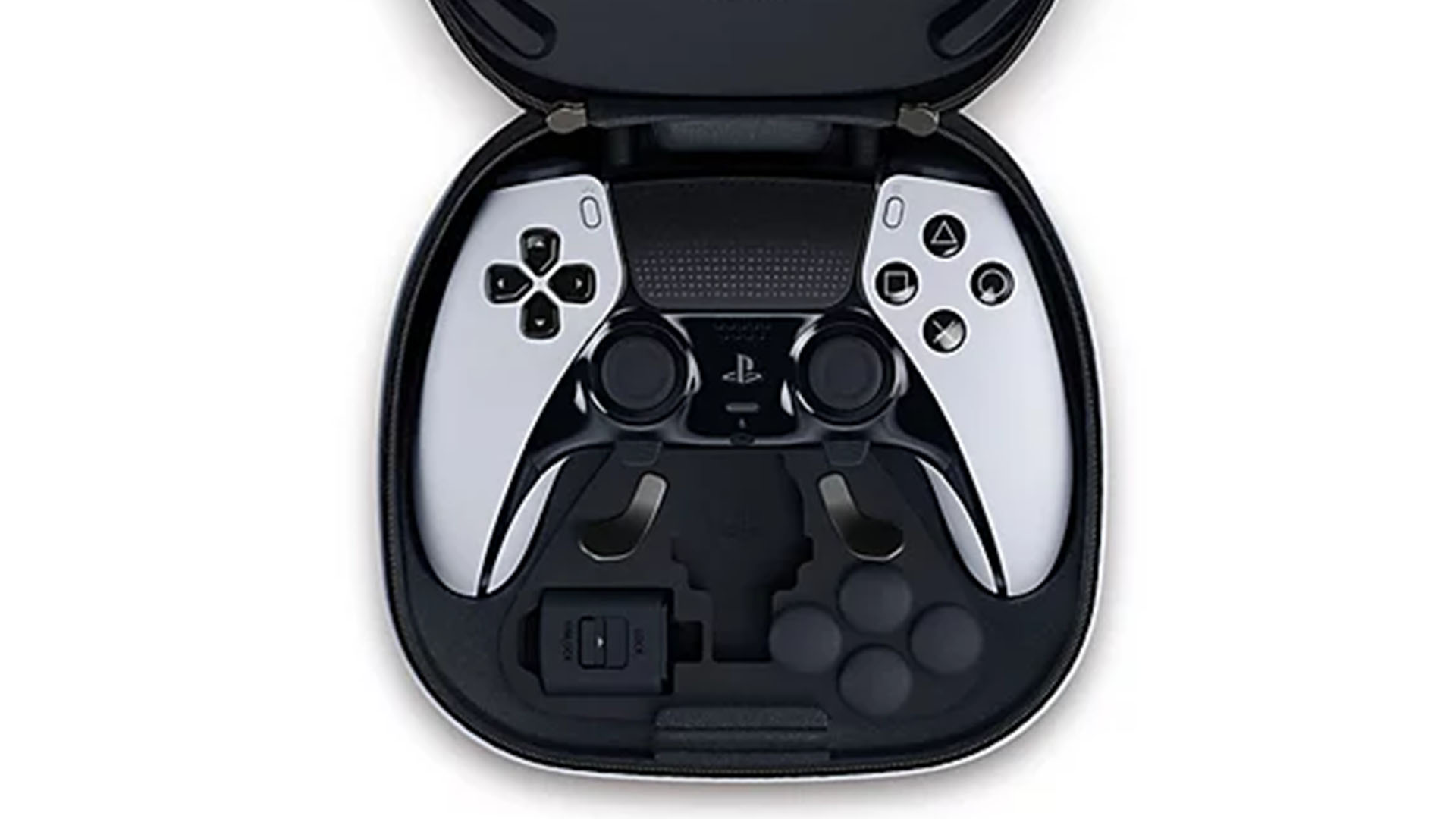 Finishing off the main feature set there are stroke adjustment switches on the back that control the L2 and R2 triggers. You can flip the switch to make it go from long, to medium, to short, and when it’s not set to long the trigger effects won’t be available, as they’re essentially digital triggers, allowing you to fire a gun, for example, in an FPS really quickly. Of note, you can also attach an included lock to the USB cable when plugged in to ensure it isn’t pulled out by mistake, and you can even charge the controller while it’s in a case, thanks to a little flap on the back of the shell case.

Make no bones about it, the DualSense Edge is the best controller I’ve used in a long time. If you hate the way the standard DualSense feels, this won’t change your mind as it’s built upon the technology and feel, only made at a premium. I can’t tell you to go spend the money on it, because I don’t know your gaming habits, nor how you play full stop, I can only tell you that it’s a well made, highly customisable piece of kit that feels expensive in your hands, and aside some things I feel can be improved with software, I’m not sure there’s anything I’d change about the DualSense Edge, aside the price.

Software can still get better
Price is very high

Aside some things I feel can be improved with software, I'm not sure there's anything I'd change about the DualSense Edge, aside the price.