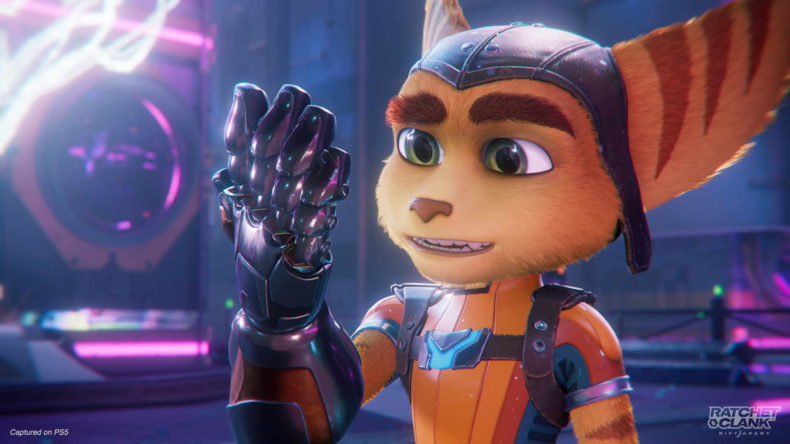 featRatchet & Clank: Rift Apart uses the PS5’s DualSense Haptics, as you’d imagine. But nothing prepared us for quite how it works. We’ve already had Returnal, which was next-level in how it used the functionality of the new PS5 controller.

But the thing is, how we spotted the Ratchet & Clank: Rift Apart DualSense haptics was a little odd. It was during my second playthrough, and I was capturing footage for the site. I popped the controller down on my desk when a cut-scene played out, because you can’t skip them even second time around. Then the scene finished, and the controller was… making music. I actually held it up to my ear thinking something was playing from the speaker. The DualSense speaker is very active in Rift Apart, so I needed to be sure. But no, this was just haptic vibration and feedback.

Putting the mic up against it, you could almost think someone was playing the bass through a small speaker. So I had to show it off, and that’s what this video is. There’s no fancy production here. Nope, just a bit of footage and a phone camera held by my shaky hands. But I think you’ll agree it’s very impressive.

Headphones recommended to catch the full level of vibration!

We’ll have masses of coverage of Rift Apart on the site, as you’d expect and hope. We’ve got guides to certain awkward trophies. There’s a lengthy discussion about the game on our podcast.