Crisis of the Planet of the Apes VR Review 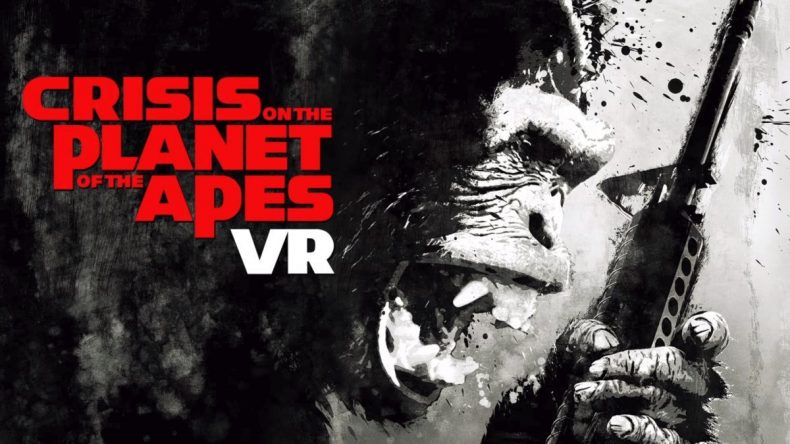 The recent Planet of the Apes movies have been some of the finest movies released in the past 10 years, especially with how they tell the story from the side of the apes. Caesar is a wonderful character, with Andy Serkis once again providing solid performances as the conflicted monkey. It’s a great shame we haven’t seen more games come out centred around the franchise, but thankfully, FOXNET Games has released Crisis of the Planet of the Apes VR. Set between two movies (Rise of, and Dawn of), the story follows 139 and his escape from a facility where some of the seldom surviving humans of the Simian Flu are testing on the apes to try and find a cure. It’s not rich in narrative, but it does a lot with virtual reality, and it has some of the best movement I’ve witnessed since picking up a PSVR recently.

Although it lasts little more than an hour or so, COTPOTA is full of neat ideas, giving you the chance to move like an ape, outwit the guards trying to protect the facility, as well as allowing you to feel the prejudice and resentment the humans have for them right from the get go. The climbing mechanic is very responsive, having you move your arms across drain pipes, walls – grabbing onto anything you can in order to sneak past the humans. You move your monkey hands to a highlighted platform or object to grab it and pull the trigger, then move your other arm to grab the next one in front. Walls are easy to climb too: you scale it as though you would in real life, which gives you a great sense of freedom. The only issue with movement comes when you walk or run. A white outline of 139 appears in front of you, and you have to click it to move towards it, followed by moving the left and right move controllers to run towards it too. It’s not awkward, as such, but it does take away the freedom that offered when you’re not on the ground. VR is still finding its feet as a medium, however, so in time this could possibly be eradicated for future releases.

New mechanics are offered the further you play, such as when you beat your chest to attract a guard, taking out guards from behind, and picking up a gun and firing it like a monkey Rambo, but beyond the actual segments you are introduced to them, rarely do you get to try them out again. It feels like a great starting point to make more VR, but I wish there was a bit more, especially shooting. There’s still plenty of enjoyment to be had, mind you. Having knowledge of the films helps you to enjoy it more, but you can still take away a lot with the smart mechanics and controls of it all. The visuals are pretty good, too, even if it’s only really based in the dank facility. The animations of the apes is excellent, and meeting up with Bone and Spear is a particular highlight, as you feel like you’re there with them, going through this great escape together (or ape escape, if you will, ahem). The human characters aren’t that fleshed out, but given the short run-time, you’re not really playing for a deep story, you’re playing it for the experience.

Crisis of the Planet of the Apes VR is great, and I thoroughly enjoyed it. It has the best movement (and some of the most realistic) I’ve seen in my fledgling VR journey, with some lovely little touches to make you feel as though you’re doing it for Caesar, for the apes, and the survival of life itself. The need to reach the end is made more necessary due to Sergeant Richter being such a douche, and the friends you make along the way make this one well worth playing, even if it is on the short side.

Impressive movement off the ground
Some interesting mechanics

If you love the Apes movies, this is a lovely little VR tie-in, and if you're looking for your next VR kick, I'd definitely give this a go.