The Witch and the Hundred Knight 2 Review 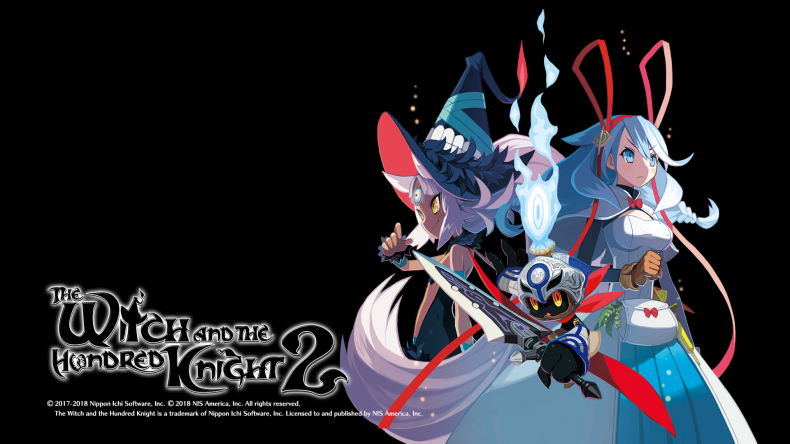 The Witch and the Hundred Knight on PS3 was pretty mediocre. I didn’t really enjoy anything in my time with it and dropped it pretty quickly. When NIS did an enhanced release for the PS4, I spent a bit more time with it, but it still wasn’t as good as it could’ve been. I was pretty surprised that they made a sequel for PS4, but having played it now the team is definitely moving in the right direction and there is quite a bit to like here even with a lot of bad design choices. Since this is a numbered entry, you’re probably wondering if you need to have played the original game to enjoy The Witch and the Hundred Knight 2. As with the previous game, this is an action RPG and it has an isometric view which will remind you a tad of Diablo III. I was reminded of that a few times for the gameplay here. It has been over a year since this released in Japan on the PS4 and NIS America has done a great job with the release.

You begin seeing what looks like a budget visual novel style story with lovely art that has been taken over by Witch Disease. As the name suggests, this causes people to turn into witches. Amalie’s sister Milm gets infected and to ensure she is safe, they move out of town. A little while after that, Milm begins treatment for Witch Disease as Amalie joins a new organization to combat this and Milm transforms into a witch. Chelka is a witch who has taken over Milm’s body. You play as the Hundred Knight that is born from a lucky charm doll and still sadly has an annoying voice. Outside of the story, combat is basically the focus here and it has many systems to keep track of. Basic attacks and your combo has you mashing square and there are special skills you unlock that are mapped to face button combos with R1. The combos here depend on the weapons you equip from drops or chests into each of the five slots. This lets you tweak your combo as you like. The special skills consume AP that you gain during combat and in addition to your HP, you have to keep track of Giga Calories. These go down slowly in a dungeon and more so when you take damage. Once they hit 0 your stats are reduced quite a bit. You can gain them back with items or by successfully executing the L1 skill Depletura to take down an enemy. The checkpoint system is quite lenient here and you don’t really need to worry about dying often until mid game where the difficulty spikes a bit.

Dungeons look very nice and I’m overall impressed with the art given how fluid combat and movement are here. The area that is disappointing is enemy design and variety. The repetitive structure is worsened by boring enemy design and similar designs. The big surprise for me is the visual or graphics options. You can play with graphics at low or medium that result in a much smoother frame rate or ultra which sees the frame rate noticeably drop for no real advantage on 1080p displays. I spent my time in the medium option that looked nice on a 1080p display and ran very smooth. NIS games usually have good music and the soundtrack here did not disappoint. I was surprised by the fact that this game was getting a full English dub as well. Usually publishers skip dubbing games like this to save money but NIS America delivered in spades with a nice dub. The only problem with the audio or dub is the annoying Hundred Knight voice and sounds that are still grating like the previous game.

While the gameplay features loads of systems together like the items in stomache slots and giga calories, they feel kind of disjointed and sometimes unnecessary. The combat is fun but enemy designs and patterns are quite boring after the first few hours. This is a solid base to build on, but quite a flawed one when it comes to design decisions. Characters are good, but the story could’ve been a lot better given the setting. This didn’t sell well at all in Japan so a sequel isn’t likely anytime soon. The improvements from the first entry for combat make this worth playing for fans for sure and I’d like to see the team take lessons from this one to a new game if that ever happens. If you’re looking for a quirky story driven action RPG with a fun combat system, this is worth looking it. It still has many issues holding it back from being an easy recommendation for all though.

Story is mediocre
Gets repetitive early on

The Witch and the Hundred Knight 2 improves on the original in many ways but still suffers from poor design decision.

The Witch and the Hundred Knight 2 releases on March 30

Yomawari: Midnight Shadows will release in Europe this Fall