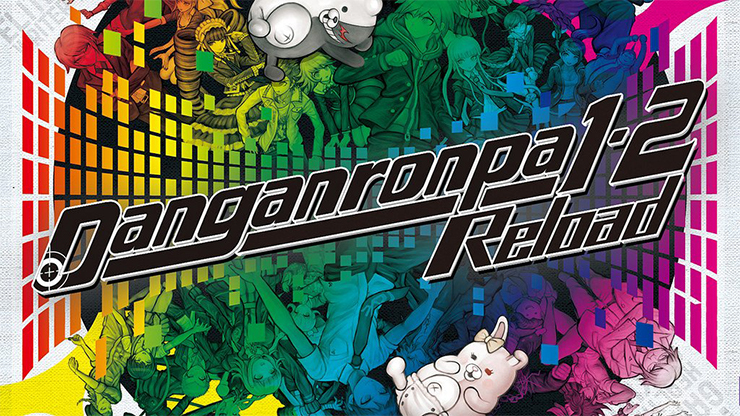 The Danganronpa franchise has gone from its humble origins on the PSP in Japan to seeing multiplatform releases recently. Danganronpa: Trigger Happy Havoc and Danganronpa 2: Goodbye Despair are the two best games in the franchise so far and NIS America has taken them and released them in a single package for PlayStation 4 owners. Danganronpa 1.2 Reload is two fantastic experiences packed together with very few flaws.

When you take the best of Ace Attorney, some bits of Persona’s social elements, add in murder mystery, lots of charm, and some of the most memorable characters in gaming, you get these two Danganronpa games. Adam reviewed Trigger Happy Havoc and loved it back when it released on PlayStation Vita 3 years ago. Goodbye Despair impressed me even more when I reviewed it. So how good is a collection of two unique and excellent games? Well, there’s more to this release than just the two stories.

You play as Makoto Naegi, a high school student in Danganronpa: Trigger Happy Havoc. Hope’s Peak Academy will house the Ultimate student talents across various fields. When you arrive at the Academy, you suddenly awake into the same school building, but things are different. Everyone is locked inside and the only way to escape is to murder. A murder will lead to a class trial where students must vote, and a wrong vote could cause an execution for everyone but the culprit who is now free. Goodbye Despair that is a sequel to the original has you play as Hajime Hinata. This time Hope’s Peak Academy opens up into a tropical island. The class trials are the real gameplay sections of these multi genre blending releases. Both games feature a ton of murders and exploration for evidence in various areas. Each game has its own set of minigames in the trials and I strongly recommend not searching for any information on YouTube as these experiences get spoiled shockingly quick. There are also various twists in the story that will make you question everything you know about the characters.

Speaking of the characters, I can’t imagine anyone plays through Danganronpa without having a few favourite characters in each game. Regardless of the ultimate talents each character possesses or Monokuma or Monomi, everyone is unique and memorable. Ibuki Mioda is still my favourite character having played through 3 Danganronpa games so far with Monokuma being a close second. Monokuma and Monomi are the mascot bears for each game and they will torment your nightmares in your playthroughs. Seeing characters you grow attached to getting executed is part of the experience so get used to it from the get go.

I played both games on Steam when they released last year and liked what Abstraction Games did for the most part. They improved on the framerate by making it 60fps and redid a lot of the environments in the school and island you explore. One thing they did not work on is pre-rendered art. Character portraits are noticeably low resolution along with some of the backgrounds and objects. The PlayStation 4 version features slightly less Anti Aliasing than the maximum setting on PC from my testing, but the fonts are no longer blurry on PS4 like they are on PC. If you’re about to enjoy this sitting back on your couch and not staring at a monitor from up close, the portraits and other low resolution images might not bother you much. But they definitely could have been improved a little. I noticed some screen tearing in some areas as well. One major audio bug is the main menu title music that seems to just stop and not loop after a minute. I love to gush about music in games and Masafumi Takada’s score across both Danganronpa games is superb. Beautiful Death from Trigger Happy Havoc and Welcome to Dangan Island! from Goodbye Despair are highlights for me. The music complements the visual style really well and I almost expect Danganronpa like plot twists and characters to show up when I hear Kodaka’s music in other games.

The PlayStation 4 release has me experiencing the same story for the fourth time across other platforms and replays and I still think the best way to experience Danganronpa is on a handheld. While Danganronpa V3 is made for PS4 and Vita from the get go, these older games have not transitioned perfectly to big screens. If you’ve held out on getting the Vita or Steam releases, 1.2 Reload is immense value.

Danganronpa 1.2 Reload is a superb collection for newcomers to the franchise on PlayStation 4. It has two experiences unlike any others in gaming with characters and music that will stay with you for a long time. If you already own and have played these two games, this collection isn’t really worth getting.

Danganronpa 1.2 Reload on PlayStation 4 collects two of my favourite games in a long time into a single package that is immense value but the port could’ve been a bit better.