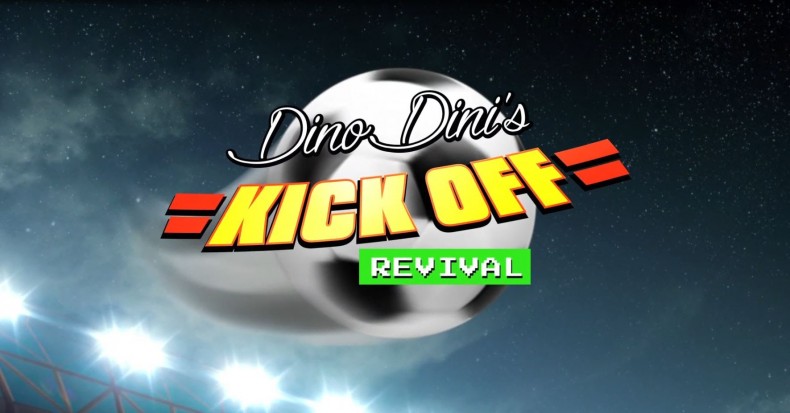 There have been so many football games over the years we’ve grown to love; whether for their deep simulation or fun arcade approach, games like FIFA, PES, Actua Soccer, and Sensible Soccer have found a special place in our hearts. Kick Off was one of the first we embraced and back in the day of joysticks and its one button for everything controls, this was one of the best kickabouts you were likely going to have. Skip forward 27 years and Dino Dini has brought Kick Off back, sharing it with a world that now has fully 3D football player models, dynamic gameplay and incredibly accurate controls and visuals. To say Kick Off Revival doesn’t really work is a massive understatement.

The controls are faithful to the original, with the cross button being used to pass, shoot and head the ball as well as triggering a slide tackle that sees you slide halfway across the pitch; Italia 90’s slide tackles sounded like gliding an iron across a shirt, but at least they felt controlled – this doesn’t. Every kick you make never feels like you are in full control of the ball and quite often you’ll kick the ball into the crowd as opposed to shooting at the goal. Dribbling is arbitrary, and when you make a turn on the pitch, the ball flies off in a different direction. The only way to hold onto the ball is by holding in X as you move, but this slows you right down and makes the game even more unrealistic. Due to the static over-the-top camera angle and the speed at which everything is happening, opposing players in front of you can intercept or take the ball off you before you even know they’re there.

Yes, the high definition does make the game look better than the original and we’re grateful for it, but in every other area this game falls flat on its face. It’s actually quite shocking how bad this game is. I understand Dino Dini is bringing back the retro feel of the original and it does indeed have that aesthetic – even the music is built in the chiptune stylings of the original. It’s the complete lack of any depth; not only does the gameplay become embarrassing and lazy, the inclusion of even the option of changing tactics or making a substitution is absent from this revival. You can’t change formation, nor can you substitute a player, and all the teams seems to be playing a 4-2-4 formation. Players don’t get tired, there are no yellow or red cards – no real rules in place to even warrant the need to change your managerial approach. There isn’t even an offside rule so you can spend all your time hanging around the goal posts with absolutely no repercussions whatsoever.

You have a single player mode, two player mode, a practice mode (which is definitely not a tutorial and more like a single player match without the opposing players in the pitch) and online play. There is a tournament mode which basically copies this year’s Euros, but it’s more a match after match affair, with no statistics on top goal scorers, assists etc. No matter whether you’re playing against the computer, a friend or a stranger, the same faults exist in each and you’ll likely get fed up very quickly. I played multiple single player matches before I attempted an online mode and each game I played resulted in me being very annoyed with the outcome. Maybe playing against another pissed off individual from around the world would make me feel a bit better, and knowing I wasn’t the only one trying to get on with this truly awful game would bring me some satisfaction. Unfortunately, no matter how hard I tried, nobody wanted to play and the server kept returning nothing for me. ‘Go back to the main menu and try again later’ it kept saying, but after the tenth time I found no real reason to.

Dino Dini’s Kick Off Revival is such an uninspiring football game that there is no reason why you’d want to spend any time with it; not even the nostalgic joy is there and any good memories of the series you may have will be tarnished forever. The lack of authority you have over your squad is frustrating and the lack of modes, tactics, rules, and freedom makes this game the San Marino of International football, and to be fair, that’s a disservice to them.

A weak football simulation that lacks any real depth, making you wonder what the necessity of trying to bring back was.