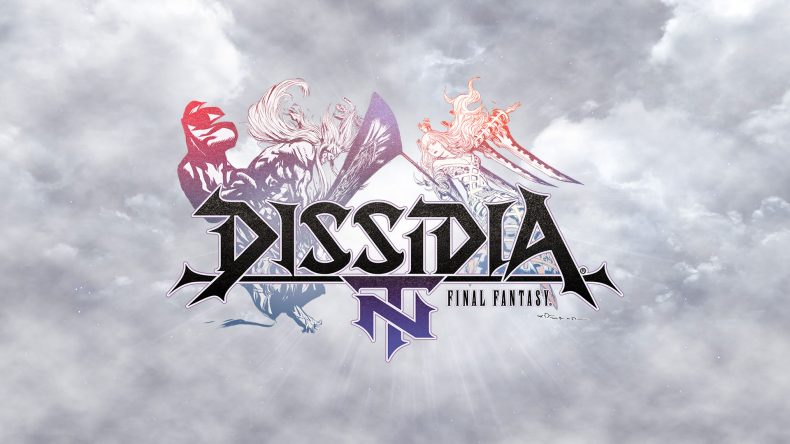 It’s been ten years since the original Dissidia came out on Sony’s PSP handheld, dropping a selection of Final Fantasy’s protagonists and antagonists into a fighting scenario was a bit odd at first, but it grew on people and had a decent following. Since then gaming has changed a lot, and early indications are that Dissidia has been changed to align itself alongside a relatively new genre – The Hero Shooter.

Now, it seems an odd comparison to make, but Dissidia NT’s roster is made up of close range fighters that are either strong and heavy, middling, or fast and nimble, and then you have your ranged attackers on top of them. Each character can be equipped with a range of extra abilities, from damaging spells, buffs and debuffs and healing to name but a few, once preparations are complete you’re dropped into an arena to do battle. Chasing the world of online has its drawbacks, and it’s plainly obvious that Dissidia NT has been built for the sole purpose of a competitive online scene. All battles are 3v3 affairs (either a straight out fight to rob the opposing team of their three lives, or a fight to destroy a crystal each team is protecting), even playing solo will see you teamed with a group of AI bots to back you up, and the story mode…let’s come back to that in a little while.

The battles in Dissidia NT are fast paced affairs, with plenty of whizz-bangs and special effects. Your primary attack is done by pressing circle and doesn’t actually damage the enemy. What this attack does instead is build up your ‘bravery’. The goal is the build up enough so that when you commit a HP attack using square, you will take HP equal to your bravery off of your target. So the risk/reward element here asks you whether you’re ‘brave’ (sorry) enough to keep upping your bravery so you can go for a one hit incapacitation. If you don’t successfully land a HP attack before you yourself are hit, then your opponent can rob you of your bravery and you’ll be left having to build it up again. If it seems overly complex, it is, to begin with, but once you’ve worked it out it’s actually a pretty good system. You can equip your character with abilities which are then assigned to triangle, and performed by either pressing the button alone, or when you are pushing the left analogue stick forwards or backwards at the same time, it’s a bit fiddly asking people to hit two buttons would have been a better solution. As you successfully land attacks you will fill a summon gauge, and at times a crystal will appear on the battlefield which can be destroyed and bestow your party with more summon energy, once you’ve filled this then you can summon whichever Eidolon to the arena to attack on your behalf. Some of these apocalyptic attacks are easily telegraphed and avoided, while others like Shiva seemed to hit me no matter where I was in the arena, so there’s a balancing issue in their usage.

The UI is a mess of bars as a result of all these systems; your triangle abilities have circular bars around them that charge after use, above your team’s life bar is another bar to monitor how much energy you have before you can call forth your summon, and at the bottom of the screen is your health, to the left of that is your party’s health, to the right is your enemy’s. The enemy health bars taking up space on the UI is annoying, because they’re also displayed above each character in the arena as well, which is much handier as they always carry an indication of how much damage a successful HP attack will do to them.

Now, we need to address the elephant in the room, the game’s story mode. The campaign is made up of a map of nodes each of which plays host to a cutscene or a fight. Now, these nodes are unlocked, one at a time and you either watch, or take part. Thing is, they’re not unlocked by your participation, instead you have to pay one of the game’s consumable currencies ‘memoria’. What this means is that you cannot just experience the story, you have to earn memoria, then use that to purchase a node. Raising your fighting level is how you earn memoria, and there’s only two ways of doing this, either by fighting online or taking part in the offline gauntlet mode. Early signs are good, and a successful run in Gauntlet will see your fighting level go up exponentially, and reward you with a few memoria, but diminishing returns very quickly set in, and eventually the idea of one for forty minutes of play seems like way too much effort. In single player this is the only way to earn memoria, because the other offline mode – sparring – earns you nothing, it’s just a practice mode where the enemy fights back.

What this means is that if you cannot get an online game then gauntlet is your only option for earning the means to experience the campaign, and as a result it can be hours before you even take part in your first campaign fight. It’s a ridiculous way to artificially extend the lifetime of your title, and with the game itself being so niche, multiplayer lobbies run the risk of being barren, and with little in the way of playmode offerings Dissidia NT runs the risk of being forgotten and fast.

Looks-wise, the character models are detailed and sharp, but arenas are barren, boring and lacking in character. It’s nice to go to Midgar, but it’s dark and the level geometry is a pain. You can go to Besaid beach, and Pandemonia, but overall the levels don’t feel different enough, and lack any sort of factor that makes any of them memorable aside from the fact that series fans can say ‘I recognise that place!’. Music is nice, and there’s a lot of voice work in here. The game even starts with a choice to choose between Japanese and English voices and subtitles, which is a nice nod to purists and shows the work they’ve put in to make fans old and new feel welcome. But there’s no real WOW factor to absolutely anything Dissidia NT does.

The thing is, what Dissidia NT does do well is hamstring itself from actually being good. A good fighting mechanic can only carry a game so far, outfitting the game with so little in the way of modes to actually experience is bad enough, but to then completely lock away a staple mode of fighting games to force people to repeat play stagnant modes is practically unforgivable, especially for a story based franchise like Final Fantasy.

It’s entirely possible that the grind for memoria is improved immensely through playing online, but, at the time of writing I have been unable to play a single match. Because of this, I do not feel I am in a place to pass a score. The online component is the main brunt of the game, and may mean that progress through the story can be improved. Once I’ve managed to properly test playing online I’ll update the review accordingly.