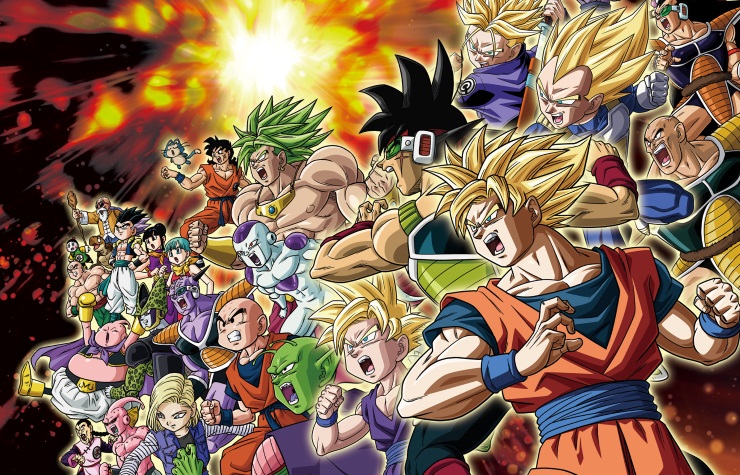 There are certain matches made in gaming heaven, and Dragon Ball Z falls easily into that category. It must be almost impossible to make a bad game based on the source material. With Arc System Works at the helm (whose back catalogue includes the likes of Blazblue and Guilty Gear), and a franchise so adored by fans, it has to really make some major mistakes in order to go wrong. What you get in Extreme Butoden is a game that plays a lot of lip service to the fans who will no doubt pick this up, but with game mechanics so safe it will make everyone else wonder what the fuss is about.

I must admit, the presentation and graphics are a strong point, and one of the things that Butoden does very well. You’ll be itching to get started as soon as you boot it up, and with a number of game modes on offer, you’ll have plenty to get your teeth into, whether it be a simple single fight with a chosen character, or a more in-depth adventure where you will collect items and battle to complete your quest. This is the most interesting of everything on offer, with the rewards changing based on how you perform. You also have the option to choose who you fight in a simpler VS mode. Arc has included a streetpass element as well, that will activate when you are taking your usual walk up the high street. There is enough to keep you entertained for some time. For those unfamiliar with the DragonBall universe, there’s even a gallery that will give you more information on the individual characters. I found this interesting as it does give the impression that Arc are trying to attract new fans to the franchise.

Every match and mode starts with some kind of interaction between the cast of players and is represented by pictures and subtitled dialogue you will have come to expect from this type of title. Every character from the massive roster makes an appearance at some point, be that as a playable character or a simpler assist character, though it seems a genuine missed opportunity to have left out the chance to make every single character playable. This would have obviously increased the amount of work required for the design of Extreme Butoden, but some inclusion of the more unusual characters would have been welcome. It’s one of the first indications the game has taken the safe route, ensuring that the most popular characters are covered.

The other indication is the gameplay itself. It’s a shame to say, but by keeping the control scheme as basic as it could be, it has taken away a lot of the potential challenge in playing most of the game modes except for the adventure mode. Your rush and main attacks are the same across every character, and the charging and projectile attacks are all mapped to the same buttons no matter which character you select. This is of course not unusual in fighting games. What is strange is that there are no individual special inputs for any of the characters, so no real skill is required to pick up anyone and play. To some this will be a benefit, though it is surprising coming from the same team that brought us Guilty Gear and its need for multiple inputs. It’s also not difficult to beat either. There isn’t a huge sense of challenge to be had from any of the combatants you’ll encounter. It’s only when you need to reach certain conditions in the adventure mode that you will really need to focus on what you are doing, but for the rest of the time with Butoden, you’ll end up tiring of the over-simplistic gameplay and lack of achievement. Even when you are meant to be facing some kind of major character from DragonBall, the rush you would expect from defeating and end character doesn’t seem to be there.

In trying to develop something to interest the fans but also give new players that all important accessibility, Extreme Butoden has ended up feeling very neutered and safe. It leaves you wondering who the game was intended for, as there are a raft of previous titles for DragonBall fans, while fighting fans would be no doubt used to something a lot more complicated in their gameplay. It left me wanting more of a challenge. Dragon Ball Z: Extreme Butoden isn’t a terrible game, but it isn’t a great game either. It’s rather well achieved middleware that won’t be played for too long.

The definition of average, Dragon Ball Z: Extreme Butoden isn’t good enough to delight you with the subject matter, but nor is it terrible enough to incite your rage over how bad it is. It’s simultaneously very competent and very unspectacular.

Lacking Real Challenge.
There are better games in the series.
Gets dull after a while.

A pretty fighter that plays it far too safe to really please either newcomers or franchise fans.

You may also like
Bandai NamcoDRAGON BALL Z EXTREME BUTODEN3DS