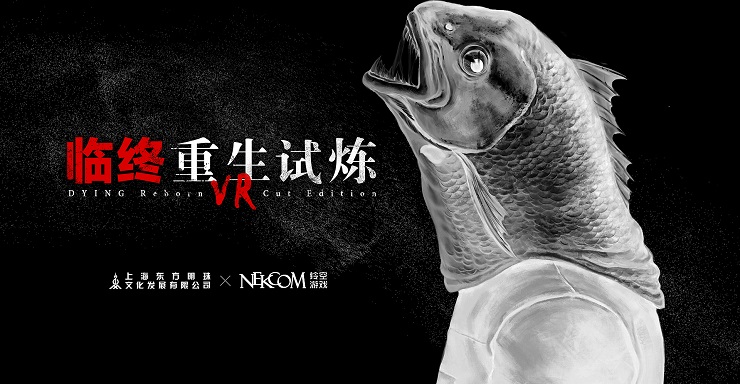 If ever there should be an unspoken rule when it comes to horror, my vote would go to this particular guideline: if you’re going to create an experience that mines the genre’s tropes and traditions for all it’s worth, make it scary or make it fun. The likes of Resident Evil 7 and PT have succeeded by keeping their tales (mostly) simple, and creating an oppressive environment that made you feel constantly unsafe, and on the other side of the spectrum, Dead Rising pretty much has the market cornered when it comes to imaginatively slaying zombies with your tongue firmly welded into your cheek. DYING: Reborn is a game that could dearly benefit from this piece of advice, as its first person puzzling is guilty of taking itself far too seriously given its massively contrived plot, terrible characterisation and alarming lack of scares.

The narrative is thus: protagonist Matthew has travelled to a formerly bustling tourist town that has fallen on hard times in search of his sister Sophie, but, as is often the case, something happens, and he wakes up trapped in a decaying, decrepit hotel with no obvious exit and a headache (this is something that Matthew is all-too keen to point out. Frequently). It becomes clear rather quickly that our whiny hero is at the mercy of some twisted game concocted by the hotel’s manager, and it’s up to you to solve puzzles in six different rooms to find your sister and get the hell out of dodge. The puzzles themselves are easily DYING: Reborn’s strongest aspect. The game is frequently happy to tell you nothing, other than a few poorly written sentences on loading screens, simply dropping you into a room and letting you have at it. Nigh-on every problem can be solved by some combination of exploration, combining items in your inventory or some gentle prodding at your environment, which generally stops any of these stages becoming too laborious or time consuming. As such, you’ll probably be looking at 2/3 hours to see all that this game has to offer.

Assuming you wish to, of course, because DYING: Reborn is a particularly hard sell. Sure, the hotel that you’re attempting to escape looks suitably disgusting, with its filthy walls, an army of eerie mannequins scattered liberally about the place and bloodstains aplenty, but its narrative and storytelling are, quite simply, appalling. It’s seemingly a horror tale told by someone who’s never seen a horror story before, with a ludicrous and utterly non-threatening antagonist replete with ludicrous headwear, a by-the-numbers plot and a main character whose dialogue and delivery is so alarmingly serious that they seemingly don’t understand just how ridiculous they sound. “Holy shit, that TV just turned on by itself!” exclaims Matthew, Captain of the HMS Exposition. This wouldn’t be such a big problem if the delivery emphasised the joke, or the game’s recycled narrative wasn’t so trite, but DYING: Reborn is so focused on maintaining its serious façade that it comes across as po-faced, unaware of the comedy that it’s inadvertently creating. It’s not that DYING: Reborn is a veritable stinker all the way through, either, even if its title definitely doesn’t do it any favours; a couple of well-placed jump scares in the game’s early offing and some decent sound design create an atmosphere that suggests that your safety isn’t guaranteed. But once it becomes clear that nothing can or will significantly harm Matthew, the game runs out of things to frighten you with, and subsequently loses its ability to hold your interest.

If you can get past the generic plot and the poor voice acting, then there’s a solid enough puzzle game on offer here. But when a story and its characters are crafted as poorly as this, and with a short running time to take into account, it’s tough to recommend it in a sea of superior horror experiences.

Despite its interesting puzzles, DYING: Reborn struggles to be much more than a poor example of horror; the scares are few and far between, the plot and its characters are horribly played out and given how generic it can frequently be, it’s alarming how seriously it takes itself.