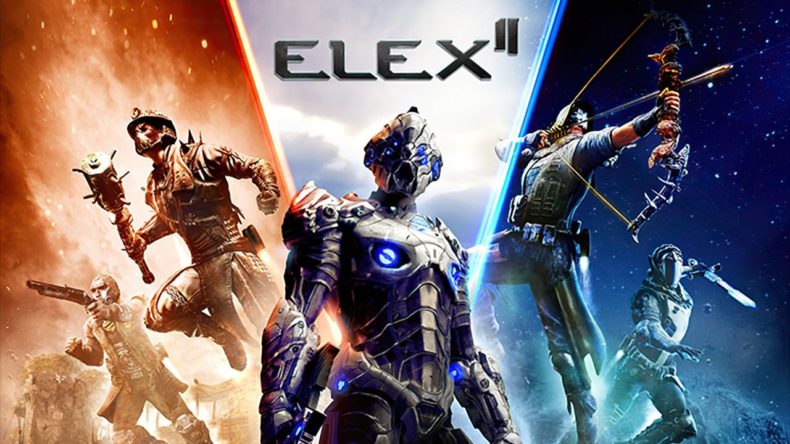 Once upon a time, long before Elex 2 was announced, I’d have put Piranha Bytes in the same category as Spiders. Both mid-tier studios with ambition that overshadowed their budget, but enough heart to somehow make their affectionately-nicknamed “Eurojank” titles endearing.

But with the release of Spiders’ Greedfall, and this offering from Piranha Bytes, the gulf has grown considerably. And I suspect it’s that ambition that’s the problem. When the space between what you want to do and what you’re capable of doing is so vast, you need to address that. Lower one or raise the other. Sadly, Piranha Bytes never seem to learn this lesson.

After Risen 3 failed to set the world alight, Piranha turned their attention to science fiction with Elex. It improved a lot on their existing systems, delivering a large-scale RPG that won them a few new fans thanks to the change of setting. Unfortunately though, despite the sci-fi leanings, Elex 2 follows Piranha Bytes’ established pattern of being stuck firmly in the past. 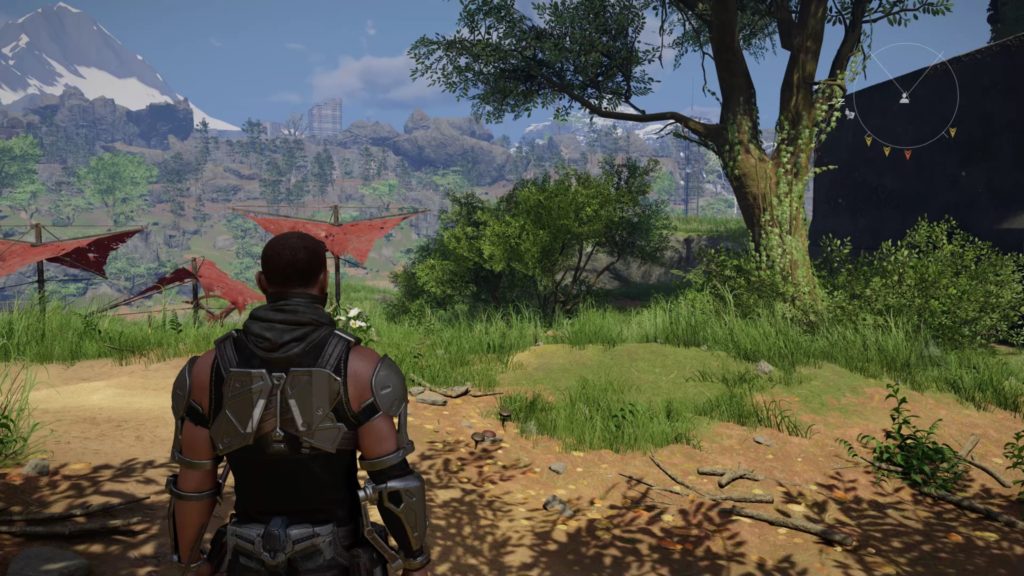 You play Jax, protagonist of the first game, living a very basic life out in the wilderness. Anyone expecting to pick up where you left off, progression-wise, will be disappointed. You begin with nothing. No special abilities and no gear, just a stick and some cloth clothes. Presumably after the first game Jax should have a John Wick-style basement under his house with enough ordnance and body armour to outfit a small army, but no. And it’s not even explained.

When aliens invade the planet of Magalan and bring with them a new, dangerous, purple version of the magical Elex compound, dubbed “Dark Elex”, Jax’s house gets flattened and he must make the long, arduous, five-minute journey to where Caja, his estranged ex-wife is leader of a convenient faction to throw in with. Companions will join you throughout the game, reacting to your actions in ways that will inform their opinion of you and certain elements of the narrative similar to, say, Fallout 4.

The writing in Elex 2 is very uneven. While the world-building remains some of Piranha Bytes’ best work, the characters within and their interactions are often maddening. Everyone is an arsehole to everyone else. There are no characters to like in this game, because every one of them has the same wry, sarcastic, embittered personality. It doesn’t help that Jax looks like a football hooligan who’s lost his team strip, and has about the same level of charisma. 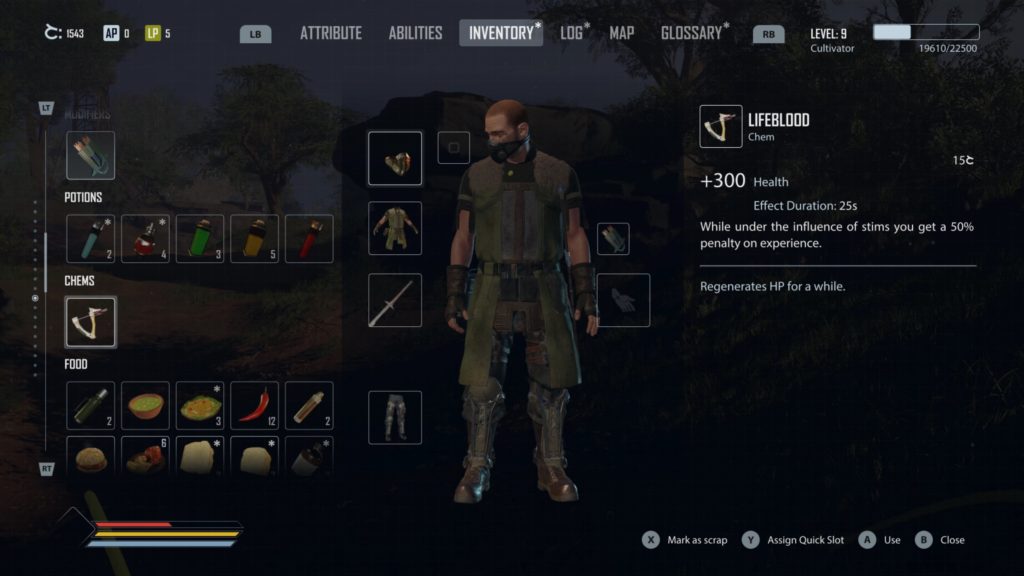 There’s a bit where Jax and his grizzled ex decide that he should spend more time with their son. And so he literally accompanies you out of the enclave – you, armed with a rusty sword and two-thirds of a breastplate. As I fought off monsters with no discernible science to their level banding, at one point I got separated from him. I backtracked and found him just standing in a bit of wasteland with three huge monsters wandering about. I dutifully “rescued” him, and then when I fast travelled back to the Enclave that was it. He just stayed there.

What’s worse is I feel this little episode was a clumsy attempt to make us care about Jax’s life and character, but it was awful. Later, when Jax’s wife became a tag-along companion, we happened to visit the place I’d left the kid 6 odd hours before. I expected a tearful family reunion and instead they all just stared blankly at each other. There wasn’t even a dialogue where the parents greeted their child after a week in the wildlands.

My point is that for all the world-building and roaming enemies, Magalan is a lifeless husk of a game world. Elex 2 is classified as “vintage”, but that seems to mean “based on Fallout 3”. There are nice ideas, like the jetpack you’re given at the start. A world where everyone is in medieval castles probably needs jetpacks more than, say, adequate plumbing, so I guess it makes sense somewhere. 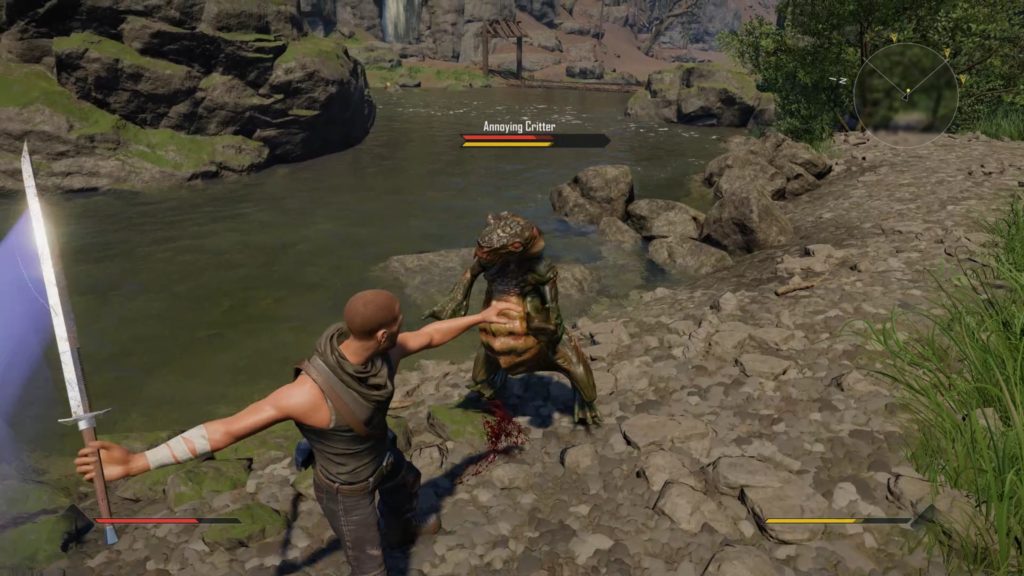 But Elex 2 is held back by its creators’ ambition. You’ll need to recruit merchants and soldiers and warriors, and create a die-hard army to fight off the “Skyands” from your developing headquarters. The questing that facilitates this, though, is a slow, ponderous mix of fetch quests and kill quests. There’s a counter that registers how many fast-travel teleporters you’ve found, but not how many there are in total – so why count them at all?

You can stealth around, but the jetpack means you’re never locked out of anywhere. Guards turn you away, completely oblivious to the fact that even a non-upgraded jetpack could clear their perimeter fence twice over. So you will abuse it, and that coupled with roaming monsters means you’ll get into scrapes.

Combat in Elex 2 is horrendous. Weapons have no impact and no accuracy. The engine strains under the weight of fast movement and bleeds frames everywhere. Jax slides around angry monsters as barely-existent hitboxes clumsily collide. There’s a mix of melee, magic and ranged weaponry, and a variety of armour to suit your style. But because monster levelling has the delicate balance of a trifle resting on a pneumatic drill you can’t tell when you’re going to be ganked by some wandering dog monster you just killed five off with as much difficulty as blowing your nose. 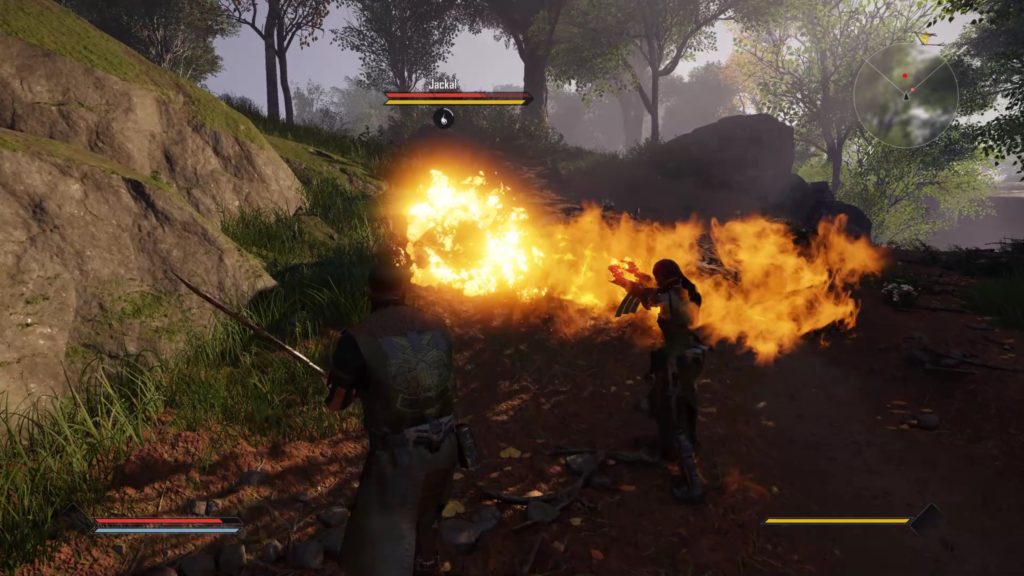 Levelling Jax’s various skills is also more arduous than it needs to be. You can’t just level up and learn skills; you need to find a trainer to teach them to you. But that means you need money, which is hardly in abundance, and the right level of assigned attributes. But the entry points for even basic skills seem far too high, especially as this same character learned all this shit in the last game.

While Piranha Bytes don’t have the budget of some developers, they’re not an indie studio. They’ve been doing this for decades and at some point there has to be a reining in of ambitions. Because there are good ideas behind these systems, but they’re stretched to breaking point over an engine that sorely needs an overhaul. Some of Elex 2 looks very nice, when you’re out exploring the world, running erands for different factions on a bid to build up your bastion of anti-alien defenders. But the character models aren’t great and the animations are distracting.

While it has a fan base and enough janky charm to satisfy those who enjoy Piranha Bytes brand of sprawling, complex RPGs, releasing Elex 2 right now feels brave at best. 2022 has already seen the coming of several open world behemoths, and Elex II is tottering into the midst of them like a cute little lamb onto a room full of out-of-control combine harvesters.

It’s not without its old-school charms, but again I’m left wondering what Piranha Bytes could achieve if they worked within their means instead of always trying to include a bit of everything. Fans will get a kick out of Elex 2, but there’s little here to pull in newcomers or win over anyone who isn’t already a follower.

Elex II is another example of Piranha Bytes aiming far too high. It's a plodding, often clunky adventure with few bright spots.