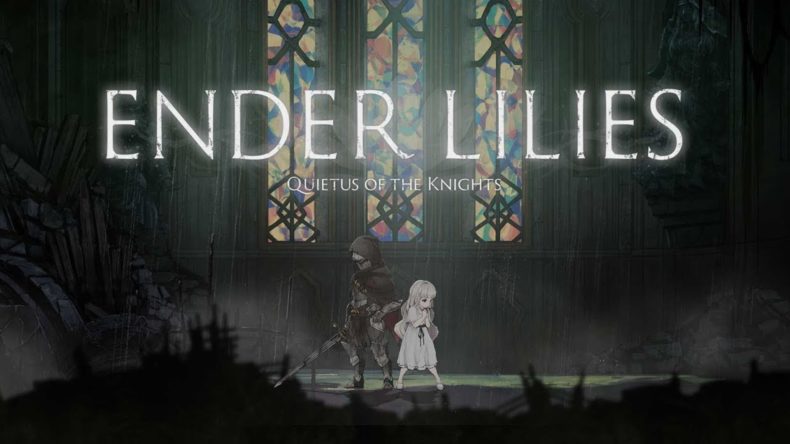 I played Ender Lilies: Quietus of the Knights when it entered Early Access some time ago, and was pretty impressed by it. A Metroidvania adventure with a hint of Salt & Sanctuary’s grim and grey aesthetic, it somehow manages to also be utterly charming.

Part of the reason is Lily herself. Your protagonist is a young Priestess who has awoken to a world on the brink of oblivion. A devastating phenomenon known as the “Rain of Death” has swept Land’s End. As a result the world is now blighted, people and beasts transformed into abominations. Only Lily is immune, but she’s the last of her kind and no warrior. Alone, she can’t hope to survive, but thankfully she’s not all on her own.

Ender Lilies: Quietus of the Knights – A grimdark adventure

A spirit known as the Umbral Knight both haunts and protects her. When you press “attack”, it’s his blade that tears through foes, as Lily herself clutches her hands together and winces with the impact. She’s adorable, and despite not being a fighter, her determination is somehow evident as she drags herself up ledges, and picks herself off the ground, over and over. 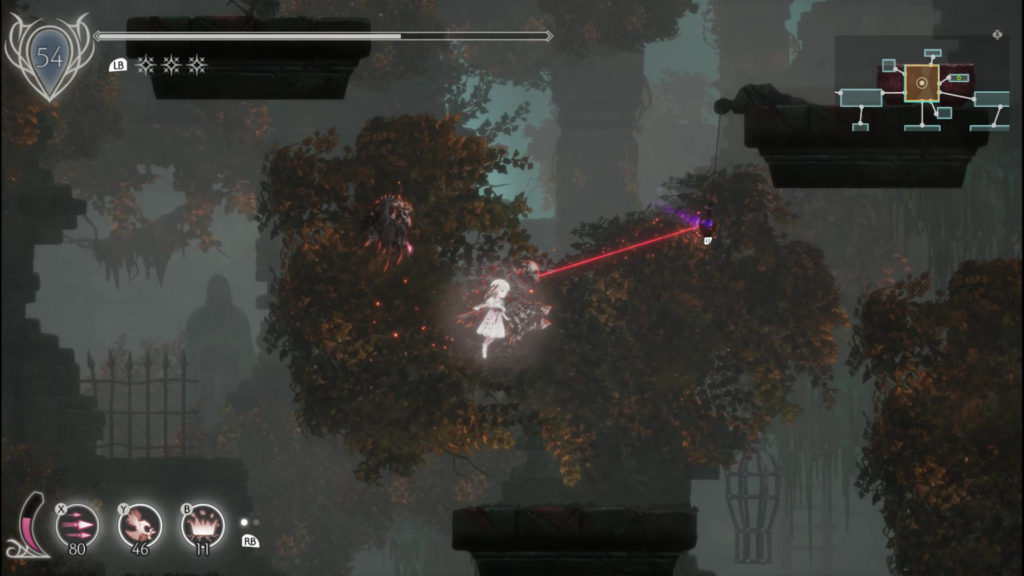 The Gothic architecture may be shadow-haunted and foreboding, but Lily’s quest is one of hope. If she fails, the Blight will claim every last soul in the world. To succeed, she must defeat zombie knights, undead crossbowmen, mutated beasts, hounds from hell, and a cadre of bosses who were once great heroes.

Bosses in Ender Lilies take the form of an assortment of twisted and corrupted warriors. Defeating them allows Lily to cleanse their souls, and recruit them into her ghostly entourage. You can have any six with you at any given time, allowing for a variety of attacks and abilities. Simply cleansing them will often add their skills to Lily’s repertoire. For example, defeating a hulking, hammer-wielding berserker gives Lily the ability to not only deal massive damage, but to smash through certain floors.

As a Metroidvania, there’s a large amount of backtracking and exploration. Rest spots such as benches and beds allow Lily to swap out her spirits and equip trinkets for buffs and power-ups. You can also fast travel between areas using a spectral horse and carriage. You’ll explore abandoned villages, ruined castles, dark forests, strewn with the bodies of Lily’s former sisters. It’s grim at every turn, and yet there’s an element of beauty, too. 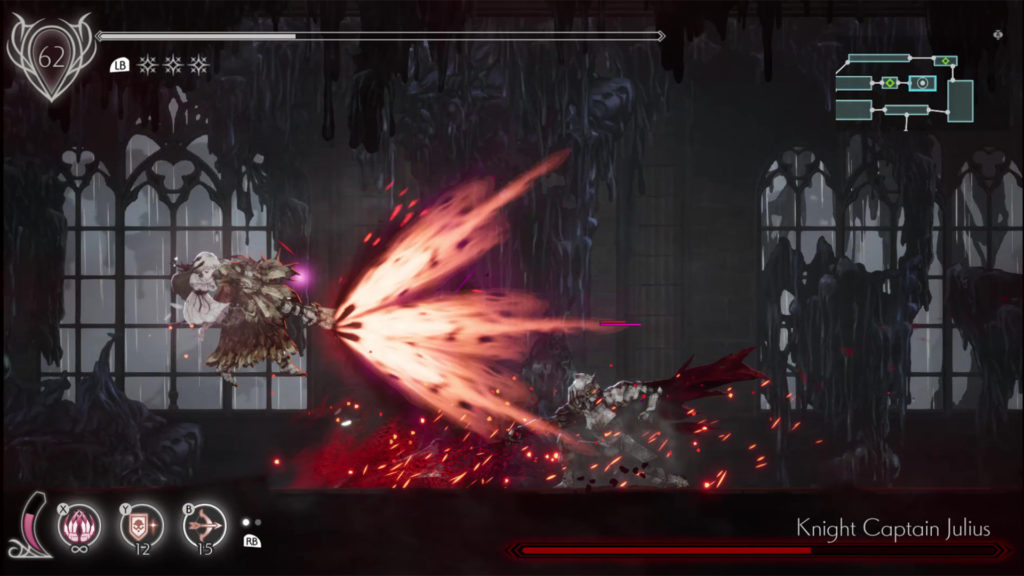 The aesthetic is gorgeous, Lily’s stark white dress a constant beacon of light in the dark. And the character and enemy designs evoke Dark Souls or games of its ilk. Backdrops are macabre, skulls and bodies litter the environs, magic effects spark against the ruddy shadows. Lily and her spirits have a diverse array of spells and abilities, and each animation is brimming with personality.

Lore is scattered everywhere throughout Ender Lilies: Quietus of the Knights, too. From diary entries and dusty journals to the occasional grim mumblings of the Umbral Knight himself, flavour text fleshes out the world. It’s not as deep or subtext-filled as a From Software game, but it paints of a believable picture of a once-proud fantasy kingdom gone to ruin.

Occasional difficulty spikes can frustrate, but don’t really mar the experience. There’s always a different tactic to try, often a different route to attempt. Lily’s dodge and double jump help her evade trouble, and you can heal up three times per life. Finding white orchids refills these heals, making for a balanced challenge. At no point did I feel like rage-quitting, even during the tough boss battles. Again, changing your loadout can often make a big difference.

Ender Lilies: Quietus of the Knights is a compelling, surprisingly charming little adventure. It may look dark and oppressive, but Lily is a likeable heroine. Her entourage of fallen heroes offers variety and tactical diversity, while the world has enough depth and colour that you won’t mind backtracking through it. It’s closer to Hollow Knight than Dead Cells in terms of atmosphere and gameplay, but quickly establishes its own identity. Fans of Metroidvania titles would do well to seek this one out.

Occasional difficulty spikes
Not much to the story

Ender Lilies: Quietus of the Knights is a compelling, surprisingly charming little adventure. It may look dark and oppressive, but Lily is a likeable heroine.

Ender Lilies: Quietus of the Knights arrives on PlayStation