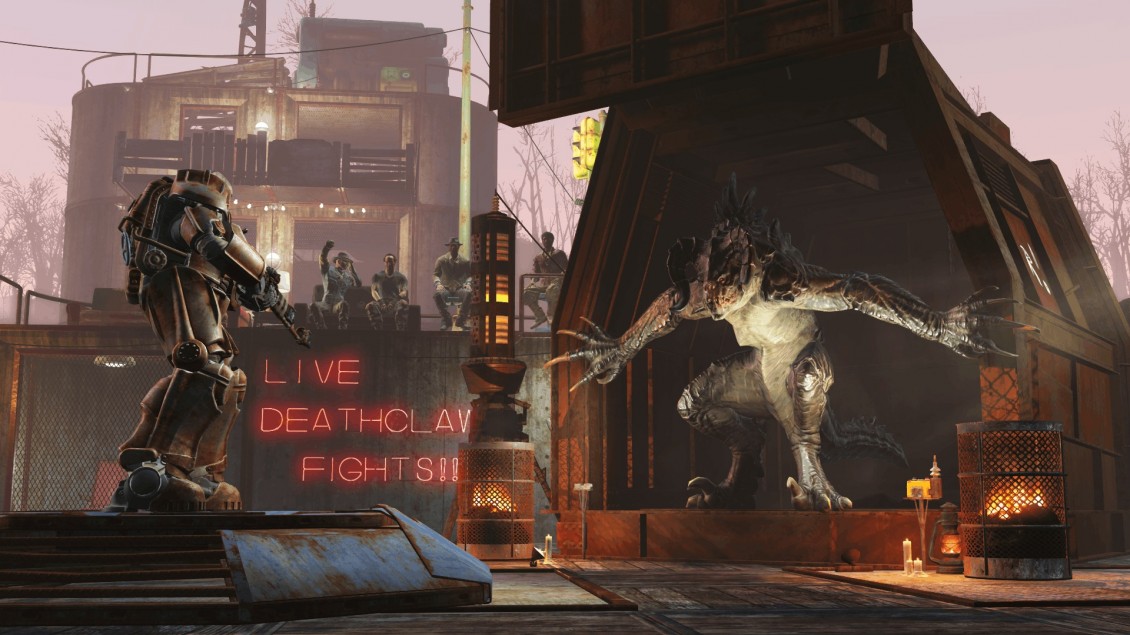 The second DLC pack for Bethesda’s post-apocalyptic powerhouse Fallout 4 is really more of an add-on than an expansion, giving you more to see and do in the decaying Commonwealth but not bringing with it any new missions or objectives. There’s no distress call to answer, no radio signal to intercept, no quest-line to follow. Instead, it brings to the table a wealth of new customisation and construction options to adapt and personalise your settlements.

For example, there are now neon letters in a variety of colours, new streetlamps, decorations and furniture, and more ways to create your dream dwelling in the heart of post-war America. Most importantly, it allows you to build your own fully functional arena.

You can now construct cages using materials and bait which, when powered up and left alone for a few in-game days, will trap almost any living creature in the Commonwealth. You can catch anything from Yao-Guais to bandits, from Gunners and Molerats to Mirelurks and Deathclaws, and as long as the cages are powered up, they can’t get out.

If you position, say, a Yao Guai cage opposite a Deathclaw, you can deactivate the power and get the hell out, then watch them tear each other apart. You could potentially trap a whole band of Gunners and let them loose against a pack of Mirelurks, or each other. You can even assign your settlers and companions to either a red or blue arena corner and have them duke it out – although a life taken to satisfy nothing but your own sick appetites won’t win you any friends

The downside to keeping hostages is that occasionally their friends, offsprings or mates will descend upon the settlement to free them, which can cost the lives of your settlers, not to mention resources to repair the damage. At least you can really pretty a place up now with animal head wall trophies, a fire-pit and creepy candles. I look forward to seeing what the greater community come up with thanks to the new options.

Wasteland Workshop is a nice little addition to Fallout, even though it only really amounts to a bunch of cosmetic stuff for the build menu and a customarily buggy, yet hilariously entertaining, DIY arena.

No new missions.
Little more than a distraction.

Wasteland Workshop is a nice little addition to Fallout 4, even though it only really amounts to a bunch of cosmetic stuff for the build menu and a customarily buggy, yet hilariously entertaining, DIY arena.