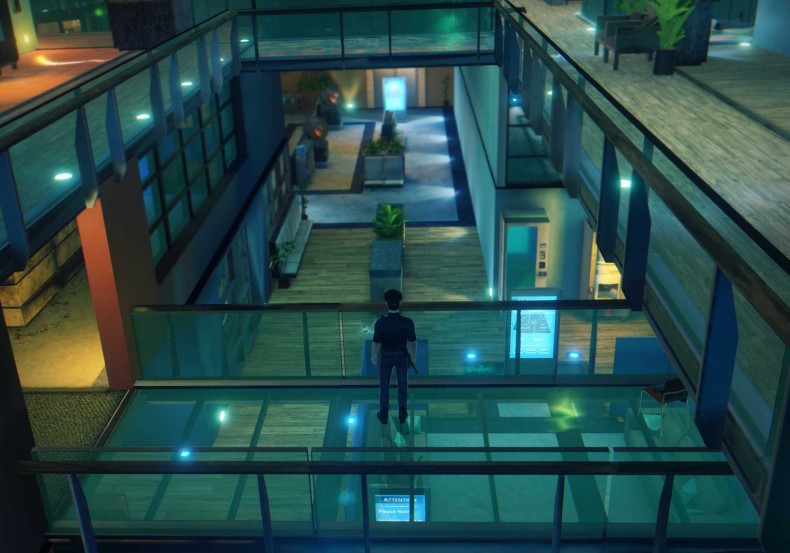 Remember when London gangster movies were all the rage, back in the late 90s and early 2000s? It certainly seems like new Manchester-based developer Fabrik does. The team’s debut title, Filthy Lucre, is essentially a game about burglary with excessive force. You work for an old London gangster, who tasks you with retrieving things a rival boss has stolen from him, all told via so much cockney rhyming slang that it borders on parody. Except there’s no comedy here.

From an isometric viewpoint, you’ll begin the game in your surprisingly high-tech hideout. Emerging from a stereotypical white van, you can check out a basic tutorial and fiddle with a few settings, then change your loadout and character before heading out on your first job. There are eight characters to choose from, four of each sex, affecting nothing but your appearance. There are no character/gender-specific traits or stats in Filthy Lucre, it’s all about the simplicity of the gameplay.

Inspiration is taken from several games, such as Metal Gear Solid, Hitman, and Monaco, as you sneak around various different locales, stealing valuables and murdering the hired security. The problem with pulling elements from so many others though, especially such good ones, is that it removes any real sense of identity from this game. If it wants to ape MGS, it needs far better AI and level design; if it wants to be Hitman, it needs to give the player more freedom and, importantly, allow the player to hide bodies instead of locking that ability until your character reaches level 7, or are lucky enough to stumble upon the body hiding item during a mission; and perhaps the biggest problem Filthy Lucre faces, is that Monaco simply already exists, and does the whole thing with far more quality and character, and a whole heap more fun. Still, that’s not to say that Fabrik’s game is devoid of entertainment. Sneaking around can be genuinely tense, especially when you’ve committed to taking down a guard, then his mate rounds the corner to catch you in the act. You have the briefest of moments to take the other guy out, otherwise he’ll raise the alarm and things can go south real fast. The first time the alarm was raised during my initial attempt at the Warehouse level, I was woefully unprepared and found myself quickly overwhelmed, dying in a hail of gunfire. You can, if you’re feeling particularly violent and murdery, forego the stealth altogether, but it’s likely that your early attempts will fail spectacularly due to most weapons being locked until you’ve levelled up a fair bit. That said, the AI is practically deaf, so you can gun down anyone you like, safe in the knowledge that barely anyone will hear anything.

However, this kind of style will cost you money. If you’re spotted at any point, even if it isn’t called in, you’ll miss out on the bonus for completing the mission unseen. Filthy Lucre does at least make things interesting with secondary objectives, offering extra money for stealing certain items. There’s a risk/reward factor involved, as the longer you spend in a location, murdering as you go (there’s no real option to just sneak by), the greater the chance of a body being discovered at random. However, you can leave a level at any point and be rewarded for any completed objectives, regardless of whether the primary is completed or not. If/when a body is discovered and the guard is given the opportunity to call for back-up, that’s when things can become dicey. You have a GTA-like wanted level (though it goes up much slower than in Rockstar’s games), and as it increases, so does the likelihood of a heavily armed security team arriving on the scene. These men pack assault rifles and full body armour (which somehow stops you being able to snap their neck or choke them out), making any attempts to continue sneaking very difficult. But taking them head-on in a firefight is near impossible too, due to your extreme vulnerability, so any real chance of you completing your mission goes out of the window. This becomes much more of an issue as you progress to later levels, as these armoured goons appear more often to ruin your day.

Although there is a decent amount of content in Filthy Lucre, with five locations boasting three levels apiece, once you’ve finished a mission at each place it starts to become repetitive. You have to finish the first mission of the four standard locations in order to unlock a bank mission, which is essentially the same but with higher stakes, and then it repeats – finish the second mission of each area to unlock the second bank mission, etc. Once you’ve finished the first bank mission, you’ve essentially seen all the game has to offer, and the only reason to continue is if you’re into ‘hi-score’ gaming and want to top the leaderboards. Or if you’re a trophy hunter. The game’s repetitive nature is mirrored in its visual style too, with no variety to the locations other than a bit of a pallette change. The textures aren’t particularly sharp or detailed, the characters all look very similar, and the only real plus point is some nice lighting at times. At best, Filthy Lucre looks like a mediocre Xbox Live Arcade game from last generation, at worst it’s a PS2 game with a higher resolution. Considering the London gangster aesthetic, perhaps The Getaway offered some inspiration to the Fabrik team, only they forgot to move beyond the quality of Team Soho’s game in the visual department.

Filthy Lucre does have potential, but its failings far outweigh its triumphs. The AI’s stupidity means that a lot of the challenge only comes from the armoured enemies, but they feel like an artificial means of raising the difficulty instead of making the regular guards more intelligent. As a hi-score game it could offer some cheap thrills (especially in co-op) but as it stands, you’re better off looking elsewhere for your stealth needs.

Simple controls
Stealth can be quite tense
Online leaderboards

From its late 90s cockney gangster routine to its poor visuals and AI, Filthy Lucre is a game out-of-time.