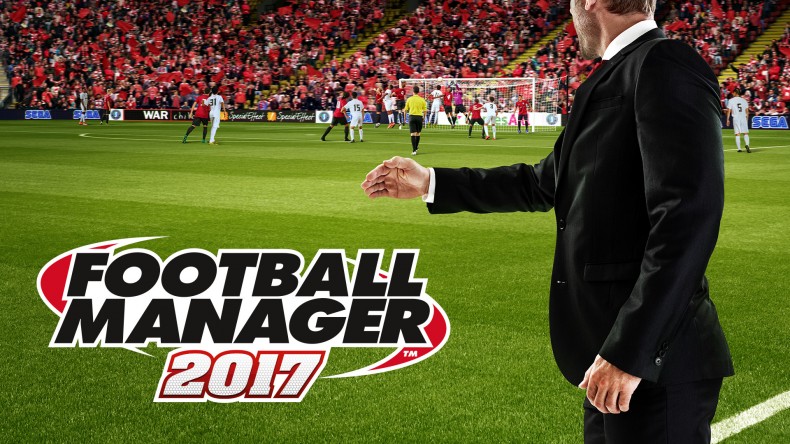 It’s been a phenomenal year for football games, with PES 2017 introducing adaptive AI with a whole truckload of improvements, and FIFA 17 breaking the mould and including something completely new in the form of The Journey. No matter how much you love these two wonderful franchises, you can’t deny that Football Manager offers the most realistic and detailed simulation out there, and provides a very different way to enjoy the beautiful game. This year’s outing improves on many of last year’s shortcomings, and succeeds in making club management more accurate than ever before.

It’s hard to improve something that’s already at a high standard, especially at the risk of either over-complicating or over-simplifying, but once again, Football Manager 2017 makes sure you can delve as deeply as you want to, with new features and tweaks on what already makes the manager simulation great. There’s a new social feed, and significant improvements to player AI, manager creation, and how matches look and feel when underway.

There has clearly been some work put into the matches themselves. Visually, the lighting is better, as is the stadium design. Players also walk out of the tunnels and line-up next to each other which helps add to the build-up of each match. Watching matches is the best it’s ever been, due to improvements to player AI; right from the first pre-season match I had, players were moving like they should, making smarter runs, playing smarter passes and shooting when there’s an opening. They are more intuitive this year and they listen to the tactics you set out for them at the start of the match, and any changes you make throughout the game will be implemented by them.

One of the matches I had with Derby County saw a massive shift in possession and opportunities because I chose to change tactics after around 20 minutes. They were playing quite openly with no real drive or structure. I passed on the instructions to clear the ball to the flanks, whip some crosses in and shoot on sight. Shackell, Vydra, and Forsyth all got goals for me after showing some assertiveness on the touchline and you get to see the changes you make unfold quite obviously before your eyes. Games are much more interesting to watch, and every change makes an impact, whether it’s the right one or the wrong one.

Off the pitch, there have been some changes made to dealing with upcoming matches and player interactions, along with media interviews. Your personal assistant helps to highlight important information, giving you a clearer picture of what’s going on. There’s more information in the magazine or website interviews being conducted around the league, and your PA lets you know about them. Streamlined team info about opponents and injuries is concise, giving you a clear picture of what’s going on at your club.

Player interactions are more varied this year, especially if you have players coming to you about leaving. Alex Pearce came to me and asked me why I’d left him out of the last match, so I told him I didn’t really have a spot for him at this time. He threw his toys out of the pram and said he was going to look elsewhere, threatening to leave the club or give him his position back. I said he wasn’t going to bully me into putting him back in the squad, and he wasn’t going anywhere. He threatened mutiny and told me to watch myself. It was a completely unexpected conversation, but a lovely scenario to unfold in my office, and a nice touch on Sport Interactive’s part.

This year sees the inclusion of a social feed where you can see what the public, the media and other football associates are saying about you and your players. It acts like Twitter, with a feed populated with mentions and opinions as the season progresses. You get to read about transfer rumours, or whether your fans disagree with your decisions, like when I decided to hold Jamie Hanson back from a year-long loan because in my eyes, he had more potential at Derby with me. There’s also the occasional link to a great goal scored by another team, and you can view it whenever you want. You can change what gets put in your feed by editing tags, and you can also choose to follow clubs or players based on the needs of your club. It’s a brilliant way for the game to feel modern, and it helps it to move along with the time as well.

One of my main issues with last year was the shoddy manager creation, which basically amounted to selecting an awfully designed avatar to go through a career with. Thankfully, there are more options this time, allowing you to change hair style and colour, facial hair, and face type. You can even upload a photo of yourself and have it mapped onto your creation. It may not be the most important feature in a football management simulation, but it’s nice to know SI has listened to the fans and has made dramatic improvements to this aspect of the game.

Football Manager 2017 has so many tweaks that it would take me forever to mention them all, and I’m sure there are some I’ve missed or haven’t even discovered for myself yet. Transfers can go on for longer, with players holding out for better clubs, and agents playing more of a role in the decision making. There are new camera angles, like the behind the goal camera, letting you see the game from a fans perspective, and the referee will now use spray to mark where free kicks must be taken from or where the defence must stay behind. Football Manager continues to improve, and this year’s entry adds plenty of new features, even if some of them are a little too subtle to notice.

Note: there are still changes to be made to this version of the game prior to November 3rd, and we’ll update our score accordingly if necessary.

Even if the changes outside player AI and the social feed feel more like tiny improvements than anything substantial. it's still a remarkable simulation and the best on the market.