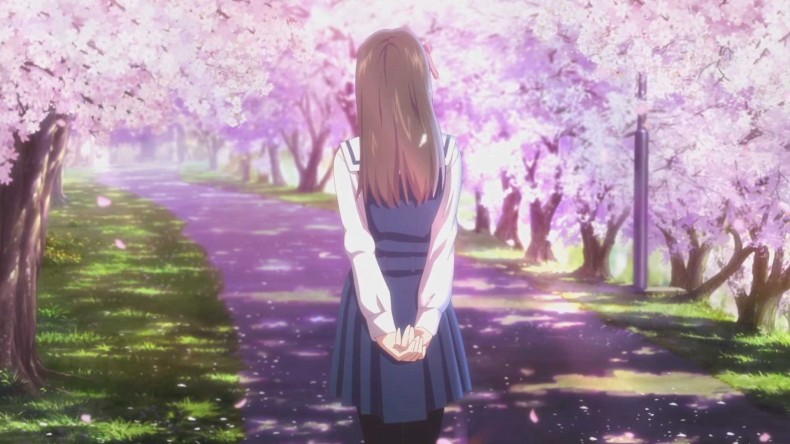 √Letter or Root Letter is the first entry in a new series from Kadokawa Games entitled “Kadokawa Game Mystery”. If you’re familiar with the likes of Steins;Gate and Ace Attorney, √Letter plays out in a similar manner. It is a visual novel with some adventure and investigation mechanics added in that happens to look absolutely fantastic.

I usually download the newest Japanese game demos from other PSN regions to check out new games even though I don’t know Japanese (yet). Ever since Kadokawa announced Root Letter for global release, PQube teasing a localisation got me really excited for it. Fast forward to today and I’ve completed every route the visual novel has to offer and really enjoyed my time with it.

Aya Fumino was your pen pal 15 years ago. She went missing and you discover her final letter to you confessing to a murder. This leads to you going to the gorgeous Shimane Prefecture location in Japan to discover what happened. While many pure visual novels just have you following a story and making a few decisions, you will be able to explore various locations, move around multiple parts of town, and go full Phoenix Wright. Root Letter combines some adventure and exploration with investigation and intertwines all those things with a lovely story in visual novel form resulting in a compelling package for fans of various genres. There are multiple endings and once you complete a single one, there’s a nifty chapter skip feature that lets you just skip to the important decisions in each chapter. When you begin each chapter you have a letter from Aya and you recollect how you responded to her back then. This is where your story changes. With each response being different, something else will be uncovered and I love how varied the endings are. I’m a little disappointed with the true ending because the setup in the previous endings had me build up something really great in my head that wasn’t what I saw with the true ending. It’s good, but feels a little safe.

As you progress and meet various people, including Aya’s classmates, and get accustomed to eating the most delicious food I’ve seen in gaming in restaurants, you may find yourself stuck. This is where the “Think” option in the menu comes in handy. While this is an important part of the experience, selecting “Think” will give you a prod in the right direction. This is useful during investigations where you question and cross question people with items and information. While there is a fixed number of mistakes you can make, there’s no fail state in Root Letter. You can keep replaying the investigation until you get it right. The investigation is a nice addition but I wish the implementation was more cohesive with the rest of the game. While I really enjoy the detailing put into static environments and locations in some visual novels, Root Letter goes above and beyond. It reminded me of Clannad and the animated movie 5 Centimetres Per Second very often and that is really high praise. The main cast looks great, with multiple portraits and expressions and the only place I was let down was in the design of some of the less important characters. Even with static backgrounds, there’s subtle animation and particles floating around making things feel a bit more lively. The environments also represent real locations in Japan.

Root Letter’s voice acting and music are amazing. The atmosphere created with the ambient tracks playing and the art make the experience unforgettable. The menu chime and interface sounds fit perfectly and I can hear them playing in my head as I write this now. Unfortunately the translation and dialogue in some areas feels too literal. There are even times where I’ve had the same thing said to me in different ways. Imagine walking into a hotel and the inner monologue saying “I should walk into the hotel” followed by the game indicating your new location “He walked into the hotel” and then you telling yourself “I made it to the hotel”. I’m really glad PQube is localising some games I’d never get to play in English, but they really need more QA and better editing. I also managed to glitch a trophy somehow. There’s one that requires you to have done all possible replies and I can’t seem to trigger it even though I’ve seen every ending and all the choices are done.

Root Letter is a great, albeit short, experience. I say short because you can complete every ending in a little over 20 hours and for a visual novel this is a bit low. There’s no filler at all though. I enjoyed my time in Shimane Prefecture and look forward to the next entry in Kadokawa Games’ new series.

Localisation has some problems
Investigation mode could have been better

Root Letter is a great visual novel with superb production values that’s only held back by some localisation issues but excels in atmosphere and one that will remain with you for a long time.