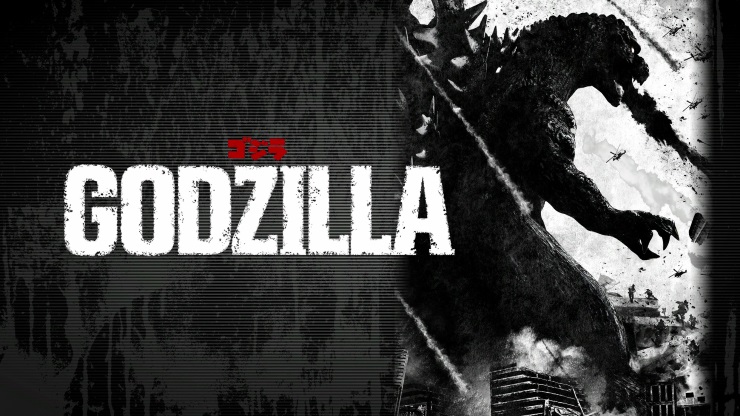 The awkwardly named Godzilla is a surprisingly enjoyable affair; enjoyable in the same way as a schlocky disaster movie: you know it’s bad and the fact that you’re wasting time watching it is just gnawing away at your brain, but ultimately, you like seeing shit get blown up so you don’t really care.

However, that enjoyment lasts for roughly forty-five minutes before the unnecessary obtuse, clunky controls and repetitive objections just become a little too much to handle.

Despite a promising start, Godzilla quickly descends into painstaking dullness. Which was a little disappointing for me, as someone who has very fond memories of one of the old Godzilla fighting games back on the PS2. My little brother and I used to have a lovely time settling any of our disagreements with massive Kaiju fights that always felt, at least in my memory, epic and spectacular. This title never manages to capture that same ambience; it’s never as captivating as playing as massive monsters should be. That’s really not helped by the fact that this modern iteration of Godzilla probably looks exactly like the one that came out on the PS2. While the designs of Godzilla, King Ghidorah, Rodan, Battra, Gigan and all the other countless Kaiju are all excellent and do seem faithful to the old Godzilla films – which is at least a little something for Godzilla fans – the arenas in which they fight are all dull, bland and uninspired.

Taking that into consideration, you’d have thought that the highlight of Godzilla would be the Kaiju fights, but you’d be wrong. The combat is limited to about five moves per monster which, as I’m sure you can imagine, leads to fights not being very varied at all. I found it easiest to just use Godzilla’s quickest possible attack while I waited for the Atomic Breath to recharge, which rendered the other three attacks in my arsenal useless.

But that’s not the combat’s only issue, oh no. It takes around four different buttons to actually move Big G, as you have to use the left analogue stick to move, the bumper buttons to make him turn and then the right analogue stick to make sure you’re looking in the right direction. This makes Godzilla achingly slow. I wasn’t expecting him to be Rey Mysterio or anything, but it wouldn’t half make the game a tad more exciting if he moved with a bit more vigour than a person being dragged to go and watch Bolton Wanderers. With the creatures moving so slowly it takes an age for the fights to begin, and when they finally do it’s nothing but a disappointment. The awkward controls are reminiscent of when the two quiet kids at high school randomly had a fight, and just stood at a distance trying to slap one another.

Despite all that, as I said, I did enjoy Godzilla for about forty-five minutes before it just got too much for me. The reason for that is that storming into a densely constructed city and levelling it to the ground is very satisfying.

Oh, and there’s also some very funny writing in the main “God of Destruction’” mode. Basically, while you’re wrecking shop as an ever-growing posh dinosaur, you’re also kind of playing as a government institution that are studying/trying to stop him. Yeah, it’s a bit weird. Every so often, in the top right corner of the screen, a picture of a character will pop up as they talk to you about what Godzilla is doing. The leaders of the defence force, which are often swapped, are written in silly, varying ways and they capture the vibe of a cheap B movie. The second boss that comes in is convinced that Godzilla is “nothing more than the family dog”, that “if he’s fed he’ll leave us alone”, which did make me chuckle, I must say. There are a fair few game modes, but all of them involve doing the same things as the main mode, and then to play as other Kaiju you have to embark on a repeated slog to unlock them, which isn’t really worth it.

Dedicated Godzilla fans may find a lot more to like in this than just your average Joe: there’s plenty of homage to the older films and the bios of the Kaiju are genuinely insightful, but you’d be a better man than me if you can abide by the core game to get to them all.

This isn’t a poorly made game. I believe Bandai Namco achieved exactly what they set out to make, it’s just a shame they didn’t aim a lot higher, because this is a real missed opportunity.

You can find fun in causing destruction in Godzilla for about forty-five minutes, before the repetitive game play, awkward controls and disappointing Kaiju fights take their toll. Godzilla deserved better.