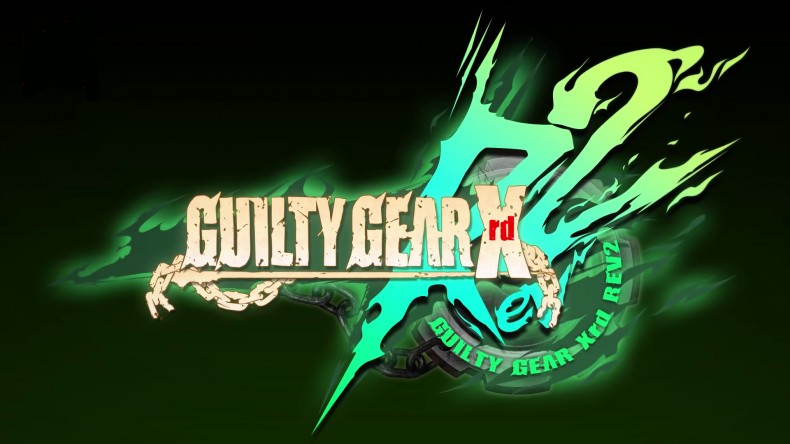 Arc System Works first got on my radar when I played Persona 4 Arena. I was completely oblivious to the world of anime fighters before that game and while the story in both Persona fighting games makes me want to use an evoker in real life, they did get me to check out Arc’s other releases. Guilty Gear Xrd Sign in particular was on my radar thanks to the limited edition that Aksys Games released in North America. I literally had no intention of properly playing it, but just wanted the limited edition. I ended up opening it and trying out Xrd Sign only to fall in love with it. I was blown away by how stylish it was and just how much content the release had. I ended up even trying some Blazblue games after that only to be disappointed. Nothing could top Guilty Gear Xrd Sign for me. Fast forward to the present day and we have the third release in the Guilty Gear Xrd franchise in the form of Rev 2.

Rev 2 is a very interesting release because there are two ways to look at the release. There’s a standalone release that is perfect for newcomers to Guilty Gear Xrd. Owners of Revelator have the option to upgrade to Rev 2 for half price. While Revelator for a full priced release for owners of Sign, Arc System Works seems to be changing their upgrade model here. It will be interesting to see how things play out in the future, but for now Rev 2 can be experienced in two ways.

Contrary to a certain FGC focused fighting game, Rev 2 has enough content to please veterans and newcomers. You have the option of playing a traditional arcade mode that has each fighter play out a story that takes place before the cinematic story mode. The cinematic story mode is more of a movie that plays out through various cutscenes split up into chapters. I’m still impressed with the story mode here and where the storyline is headed. It is always great to see developers actually cater to different kinds of audiences and nail the implementation.

You have your usual versus modes, but what really blew me away in both Revelator and Rev 2 is the tutorial and mission mode. The tutorial relies on various mini-games and objectives for you to accomplish in a stage. You aren’t just shown an attack or combo and told to execute it on an opponent. There are balloons, moving mini opponents (Jack O servants), and multiple obstacles here. I love the way the tutorial is more interactive and the inputs are colour coded getting you used to the buttons slowly if you aren’t familiar with Guilty Gear Xrd. I’d recommend doing the tutorial even if you’ve played Sign just to see how well done it is. I wish more fighting games had tutorials this good. The next step is the mission mode. This goes above and beyond the tutorial and teaches you how to respond to certain attacks and how to execute advanced moves. This helps you learn how to react when you play against a real person. I can’t believe Arc System Works actually put in a mode that helps you learn to react to various things you might experience online or offline.

You’re probably wondering how online mode is for a game that already packs so much single player content at this stage. Well, the online mode allows for massive 64 player lobbies and has ranked matches as well. What really stands out is the lobby system that has you moving around as a small figure in a garden that is surrounded by various game system setups where other people’s online avatars are playing. There’s a fish pond in the middle that lets you use in game currency you have earned to unlock various unlocks for media, colours, and more. In my time pre-release and post-release I had no problem finding lobbies filled with players and even tried playing people far away from me. The netcode is really great just like it was in Revelator. The world of 2.5D anime fighters is pretty crowded and the move to Unreal Engine has allowed for some super stylish character models to be complemented with some really great effects starting with Xrd Sign. It may not be Injustice 2, but I adore the look and performance of Rev 2. Everything from the varied instant kills to the basic idle animations feels polished and looks great.

Daisuke Ishiwatari also composed some of the best fighting game music ever with the Xrd games. The soundtrack for Rev 2 is by far the best I’ve heard in a fighting game even above the awesome Persona 4 Arena soundtracks. I may dislike those games, but the music is superb. The new opening “Break A Spell” is also a welcome addition. My main problem with Rev 2 is something that has remained from Revelator. Xrd Sign has a very nice English dub and both releases since then have dropped English voice acting and only retained the Japanese voice acting. This isn’t bad if you’ve always used that, but I got used to characters with the English voice acting and still will not forgive Arc System Works and the publisher for this. I am yet to find another flaw with Rev 2 for newcomers. One small interface related complaint is I found no way to disable the player two text on the top right of the screen while playing single player against the CPU. I wish I could disable this from ruining my screenshots and captured footage. After three games you’d think they would let you do this.

If you own Revelator already though, you’re probably wondering if this is worth an upgrade. Not only do you get a few new stages and two new characters in the form of Baiken and Answer who play amazing, but you also have various balance changes made to the complete roster. Many characters play very differently and you also get a superb new opening theme. The subtle changes to working with your meter encourage a more offensive play style which I really like. The real value in the budget standalone release is for new players though. They are getting far too much quality content for the asking price.  If you missed out on the Revelator DLC characters, you get them when you upgrade to Rev 2 as well. The asking price isn’t much for a rebalance, new stages, and new characters.

Guilty Gear Xrd Rev 2 is one of the best fighting games available today and one that is brilliant for both newcomers and veterans alike.