previous
Drawn to Death Review
random
next
Guardians of the Galaxy: The Telltale Series - Episode 1: Tangled Up in Blue Review
0 likes 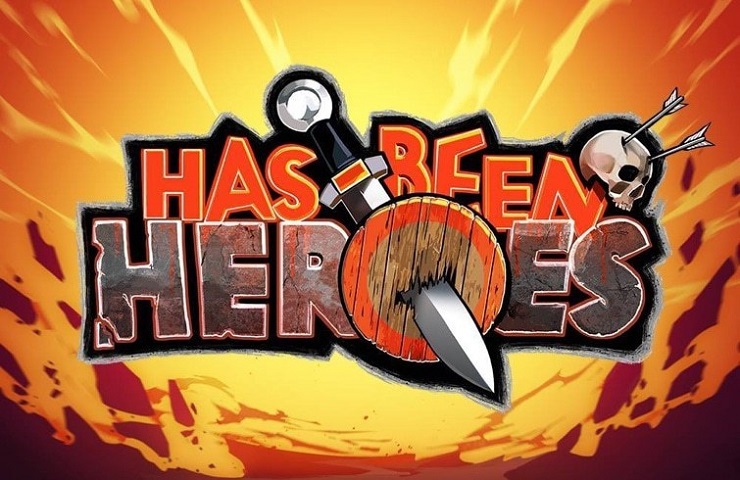 There’s a difference between hard and unfair; a hard game will see you win through with enough grit and determination, and a hard game will make you feel rewarded for coming out on the other side of a challenge battered, bruised, but all the more wiser for it. An unfair game? They’ll hit you over and over to the point where the £50 item in your hand seems like a good candidate for smashing to smithereens.

Has-Been Heroes is in the latter category – a title that hits you hard right from the off, then when you cry uncle and try to push them off, grabs your hands and slaps you with them yelling ‘Stop hitting yourself, stop hitting yourself’. Roguelikes are supposed to be hard, but at least they allow you a chance to get used to things before they start really dealing the pain. Ten minutes into Has-Been Heroes the tutorials are gone and you’re left to remember everything with no refresher course. Frozenbyte brought us the Trine games, a series where the characters interacted in a natural and charming way. In Has-Been Heroes you take control of a duo of elderly heroes of yesteryear, a fan girl and two princesses you’re charged with protecting, who all communicate with the eloquence of Chef from the Muppets.

The battle system is at least different, your heroes take up lanes and march ever onward; as you press Y, X or B to select a lane then press A to attack, that character then has to wait until they can attack again, in the meantime you’ll have the choice of moving a character to that lane to initiate a follow up attack on the enemy that was just hit, or to attack on their own lane. As the constant push forward is relentless you’ll be juggling characters up, down forward and back to make the most of whatever attacks you can get in before an enemy makes it to the front line.

This works fine for the most part, as the idea is to chain these attacks together, but it can fall apart in three ways: if you attack too late the lane isn’t classed as free, meaning you can’t shift a separate person to it; the sheer number of enemies means you can’t afford to switch lanes or you’ll get a lucky attack, which knocks back the enemy, switching lanes then attacking results in the new character’s attack going under the last enemy and hitting one further back, wasting the attack and any wasted attack is basically a death sentence. This is exacerbated further with the fact that if a single character dies then your run ends. Any items or spells gained are given up and the only thing you keep is the gold you accumulated and the seething resentment at the idea of having another go, seriously, this is the least fun I’ve ever had playing a game and I’ve played the original Assassin’s Creed.

It’s good of Frozenbyte to not rest on their laurels and to try different things, but the charm of Trine is completely missing here, and while there is a market for balls hard games at the moment no one seems to have turned around and asked “Is this too much?”. What’s left here is a game that asks you to let it hate you and offers nothing in return, it’s nice to look at at least, but that’s about it.

Hard and unforgiving, Has Been Heroes has the potential to create the videogame equivalent of Jack Torrance in anyone who plays it.