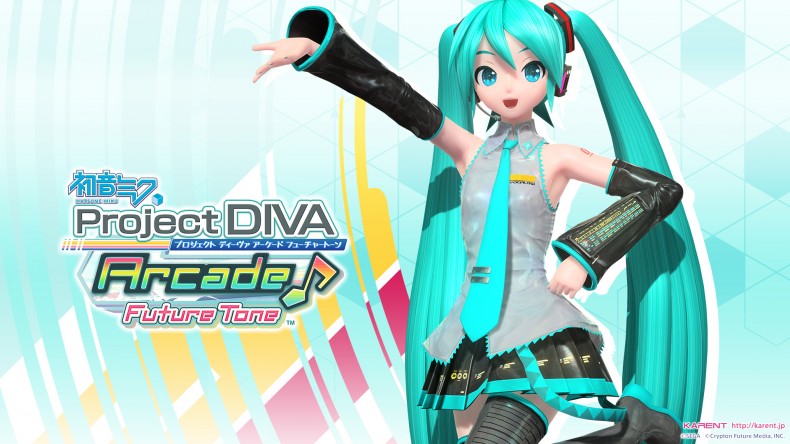 When I heard the news that Hatsune Miku: Project DIVA Future Tone was heading west, I couldn’t quite believe it. In Japan, Project DIVA arcade machines have been an integral part of the gaming scene and dominate the rhythm cabinet market along with other brands such as Maimai. Future Tone, the PS4 port of the arcade software, was released in Japan in the summer of last year and now, finally, it is hitting European shores to the same fanfare it received in its home country.

Future Tone boasts the highest number of songs ever compiled into a Project DIVA game—over 220 to be precise. It brings together all the tracks featured in the Project DIVA f and Project Mirai series into one enormous collection, while adding a couple of new songs in the process. The songs are divided into two packs: Future Sound, which adds songs from Project DIVA f series and Colorful Tone, which brings in the tracks from the 3DS’ Project Mirai series. Without a doubt, Future Tone is the completest collection of Hatsune Miku songs to date, with all music videos now rendered in 1080p/60fps—a very noticeable improvement if you’ve played the previous games on PS Vita. Retailing at around £44.99 for both packages, Future Tone offers incredible value for new or returning players. You have no idea how difficult it was trying to capure Miku in a flattering pose AND still kill the song.

If the last title you played was Project DIVA X, released at the end of August last year, you’ll notice a stark difference in how the game develops. There is no real goal in Future Tone, except to ace the songs and advance through the difficulty levels. This is not a complaint, it is still copious amounts of fun to unlock costumes and get new high scores, but you should not expect to see the visual novel style conversations with Miku and friends found in the last game. Having personally played the arcade cabinets in Japan, Future Tone provides a sense of nostalgia—the software has such a parity with the original, and it feels great that SEGA have found a way to let Western players experience this arcade phenomenon on PS4.

Being an old hand at these sorts of rhythm games, I was struck by how tough some of the harder difficulties feel. That sounds like an obvious statement, but a change in the control scheme means that arrow keys can now be pressed with only one button. If you’re new here, this is how you’ll learn to play, but if you’ve played before, it is a striking change that takes a bit of getting used too. There is no need to press both the shape and directional key to land these notes, meaning there are a lot more of them on screen and can really kill your combos if you’re not careful. When double presses do appear, they are far more confusing to land—although an onscreen prompt appears showing which buttons to press, it is almost impossible to look at it during the heat of gameplay. If you’re a fan of dressing Miku up, the 340 modules available to play with will blow your mind. Whereas in handheld Project DIVA titles costumes were locked to certain songs, Future Tone allows players to switch up these modules and create their own music video experience. I preferred to stick with the original—being the style freak that I am, I liked Miku to match her surroundings—but the option is always there for those who feel more adventurous.

With the amount of value for money it provides, it would be obnoxious not to recommend Project DIVA: Future Tone to any fan or newcomer. Green players will be getting their hands on the entire collection of Miku songs featured in previous video games, and diehards can relive the classics on the big screen in glorious remastered videos. The amount of songs and modules available in this single package is staggering, and I cannot praise SEGA enough for the work that has gone into this port. There is no question about whether you should pick this up on release day.

Future Tone is the ultimate collection for any Miku fan, and a great starting point for new players. The number of songs and modules is staggering, and the 1080p/60fps visuals look incredible on PlayStation 4. This truly is a Miku masterpiece.

You may also like
hatsune miku: project diva future toneSega