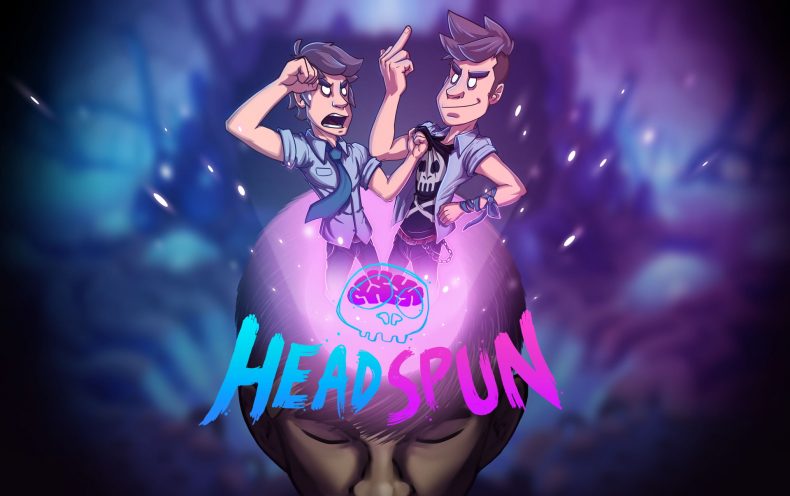 Memories are funny things, often popping up from nowhere thanks to random stimuli. Recollections buried in the dark recesses of your subconscious are unexpectedly brought to the fore. So when Headspun’s brain management gameplay had me recall 80s edutainment TV show Once Upon a Time…Life, I shouldn’t be surprised. We’ll ignore the embarrassment that that’s where my mind first gravitated towards for now. For younger audiences, or those that cooler than me, that spent more time watching Thundercats in the 80s, think Pixar’s Inside Out and you won’t be far off from Headspun.

Memory recollection is fitting for Headspun, as it forms a key part of the gameplay. You control Ted, a sort of general manager for the brain of Theo. Currently, Theo’s brain is a mess after a recent accident and it’s up to Ted to turn things around. He can repair the brain by spending Neuro Currency on various improvements. Generating this cortex wonga is done by Theo performing brain-stimulating activities from his hospital bed. In between this, you’re treated to FMV cutscenes to help piece together the memories of what led up to the accident. Large portions of your time are spent in a daily cycle. You’ll head over to Cortex Control and wake up Theo for a day of Sudoku or whatever. Then you plan on how best to spend your moolah whilst accumulating tasks, managing a team and their needs. You’ll also interact with Teddy, another part of Theo’s conscious, who is the foil to Ted’s organised, focused approach. The gameplay is repetitive because you choose between a small list of activities each day. You complete these with simple button inputs but even as more unlock they never really elevate the experience. The button-mashing, basic maths, or QTE button presses sadly become stale very fast. In one sense it’s genius as it perfectly encapsulates the boredom and repetition of being confined to a hospital bed. But as a medium of entertainment, it does drag after a while.

Therefore, you end up longing for those days where you’ll be treated to specific FMV that progresses the story. Visitors might reveal more about what happened to Theo, or his carer might let some information slip. The acting in the FMV recordings is well done and does a good job of setting the various scenes. And as you would expect, there are FMV conversation trees, resulting in different pre-recorded responses. However, in most instances, your dialogue choices make very little difference. Often all of your speech choices have to be exhausted to progress the plot. All that changes based on your choices is the order of the conversation. Therefore with such little consequence to your decisions, the concept is somewhat undermined. After a hard day of reading and chatting, Theo’s bedtime approaches. This gives Ted an opportunity to explore Cortex before hitting the hay. And to be fair there are plenty of places to explore, and more can be unlocked by paying for repairs. You can unlock Memory Banks, an R&D department and even a fully-stocked bar. You get a sense of Cortex being truly alive, with workers meandering about, and it growing organically each day. Some new areas will feel more cosmetic than others, and a bit underused. However, others serve key purposes to the plot or unlock new tasks and bonuses for you and your staff so are well worth investigating.

At some point, I have to mention the performance of this game. Sadly there are a fair few bugs present and they really hinder your enjoyment due to their number and frequency. This can vary from repetitive dialogue to unskippable text, to unresponsive activities. Also on a few occasions, a button press to speed through text would inadvertently select an FMV response before seeing the options.  Whilst I could usually work out what had been said, it would still have been nice to see my options. The developers are working hard to minimise these errors ahead of launch. However, at present, the amount of them in the game means it is advised to approach this game with caution. And a bit of a thick skin when it comes to these types of niggles wouldn’t go amiss either.

Combining strategic management aspects and a progressive story through FMV is an interesting idea. The mix of genres helps to differentiate the gameplay and keep things fresh. But neither are executed perfectly meaning fans of either genre will likely be left wanting more. Headspun is at its best when progress in one genre is determined by the other. For example, to progress the FMV plot, you need to have repaired certain areas of Cortex with your earned currency. And it’s actually a good thing that the game never explicitly tells you this. It makes progress feel more natural and unique to your decisions rather than simply being prescribed to you. The interactions between Ted and Teddy also deserve a special mention. They help answer what happened before the accident as well as being personifications of the heart and the head. Naturally, they have constant disagreements on what is best for Theo. You’ll find yourself projecting your own life experiences and opinions through them. For instance, would you align with Ted, and be more serious, focused, prioritising money and your career? Or will you side more with Teddy, clearly Theo’s free spirit, and pursue more creative, and emotionally rewarding activities? I certainly found myself switching allegiances a couple of times throughout my time with the game. Headspun does as its name suggests then, making you question your life choices through Theo’s backstory and the run-up to his accident.

Headspun then feels like a few really good ideas merged together, that don’t quite make the grade. It’s mainly let down by its lack of depth and the bugs that mar its execution. Managing Cortex is relatively fun and interesting, with your choices clearly impacting your success. But with it often simply being a case of unlocking tasks and delegating them, it can feel flat and repetitive. The FMV parts are interesting as story beats reveal more about Theo’s backstory, but the linear conversation trees have little impact, even if the responses are acted well. The niggling bugs then just serve to further frustrate the experience for those who are actively engaged in it despite this. Sadly, Headspun will likely put off more people than it would want, which is a shame considering the potential of its core ideas.

Headspun's mix of management sim and FMV narrative is fairly unique. However, repetition and buggy gameplay mar the game's potential.

Wales Interactive bring the horror with Maid of Sker