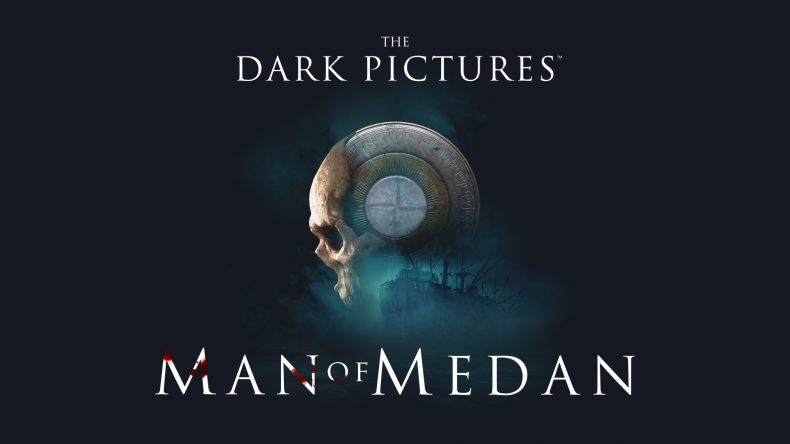 More than most, the horror genre suffers from repeat viewings. Nothing compares to watching a scary film for the first time, not knowing where the next scare is coming from. The unknown is what creates tension and keeps you on the edge of your seat. Rewatching a horror film lets you peep behind the curtain, giving you unabashed knowledge that softens the experience. Enter Supermassive Games (they of Until Dawn fame) with the first of their Dark Pictures Anthology, Man of Medan. Their aim is to make replaying a horror title engaging and rewarding. But how does one achieve this seemingly impossible task?

For veterans of Until Dawn, the way Man of Medan plays will be eerily familiar. A group of young individuals are stuck in a terrible situation that becomes more horrific as the mysterious plot unravels. A mixture of exploration, decisions, and quick time events shoulder the lion’s share of the gameplay. The focus is again put on character relationships and the importance of your decisions, and some are a matter of life and death.

As with Until Dawn, there are hints littered throughout to aid your decision making. The titular Dark Pictures show premonitions of future story beats that could come to pass. Bearings now replace the Butterfly Effects in terms of key decisions you make influencing outcomes in the future. The outcome of these warnings felt less certain in Man of Medan, and that only piqued my curiosity further. There’s no categorization of Premonitions here, so you can’t differentiate between a good or bad outcome. I’ll admit to being fooled by a combination of Bearings and Premonitions that inadvertently killed my entire party on my first playthrough. The game had fed me a very clever set of lines that led me in completely the wrong direction. And you know what, it was incredibly satisfying.

In Man of Medan, gone are the chilly mountains of Until Dawn, swapped instead for the briny depths and a mysterious freighter with a disturbing past. Unearthing these mysteries will be essential if you want to ever see dry land again. The choice of a dark ship to explore generates tension in a similar way to Layers of Fear 2. Narrow corridors restrict your field of vision and create an overbearing sense of claustrophobia. Fixed camera angles and the dark and dreary metallic furnishings create natural unease. Resident Evil-style movement system slows down your exploration, restricting your freedom in just the right way to keep you on edge. The dead bodies strewn about the place don’t exactly help either.

But a different locale only scratches the surface of what makes Man of Medan feel truly different from what we’ve seen elsewhere. Traditionally in narrative-driven titles, the player’s experience builds over time. There’s a gradual crescendo of story beats culminating in a climactic reveal. It creates a satisfying end to proceedings, but to work, it requires a fairly linear story. Certain things have to be seen or experienced and in a specific order to tell the intended tale. Man of Medan chooses to throw that rulebook out of the nearest porthole. Here, the big reveal can be pieced together earlier on – maybe two-thirds through the story. Any blanks will be filled in by exposition from your remaining characters. It’s then you realise this isn’t a story Supermassive Games is looking to tell you, but one that you’re creating for yourself. The spooky setting is almost secondary to your unique experience, and from that very specific direction, all other threads of the game follow.

Firstly, the choices you make can have a big difference in the outcome of events. And I actually mean a heck of a lot more than the life or death of the cast. Sure, lives hang in the balance, but what’s more impressive is the sprawling narrative branches that are at play here. Entire gameplay sections between characters could be missed altogether if you make certain decisions. Not only that, but different characters can also take part in certain events depending on your choices. There’s also very differing third-act scenes depending on who is alive as your story nears the close. This all adds up to a narrative-driven title that can tell different stories each time you play. I tried the three main modes and played the story from beginning to end in each. And I experienced unique scenes and interactions in all three. Strangely, despite having a script, Man of Medan manages to become a “water-cooler” type game where people could be discussing what happened to them in their latest playthrough, even comparing notes.

The second major difference is the focus on multiple playthroughs, and more importantly on different ways to play. In addition to the standard single-player mode, there are two multiplayer modes: Shared Story, and Movie Night. Shared Story is online, where you and a friend take control of different characters throughout the scenes in the story. Some scenes are played simultaneously, and you miss the action the other player is having, and so miss bits of the story. Therefore, Shared Story is better after having played through the game on another mode. At least then you understand the main beats and premise. Also for some reason, this mode doesn’t let you view any Bearings, Premonitions, or relationship statuses of any of the characters. Sure, different online players may have unlocked different secrets, but it seems barmy that someone playing it blind (as my friend was) didn’t have any idea how these mechanics existed at all. It will only be when they play it alone or in Movie Night mode that this new wave of information will become apparent.

Movie Night is a local multiplayer where up to five of you divvy up the characters to play as. You share a single gamepad and take control when your character is on-screen. This mode is a slightly better experience than Shared Story because you see the whole story, it only being broken up by having to swap the controller. Movie Night is much better played blind as a first playthrough, as you can all experience the mystery together. If anything the upper hand of extra knowledge is a curse in these situations. One noticeable gripe is the tutorial section at the beginning is only played by one character. This means up to four newcomers could struggle with their first few time-limited QTEs resulting in unintentional outcomes.

Man of Medan is shorter than Until Dawn, taking anywhere from three to five hours to finish, depending on your mode choice. And that length is just right considering the emphasis on replaying. But those hours feel tight story-wise, with little filler. You’re involved for the majority of that run time, constantly affecting the future of the story. On a standard PS4 there are some noticeably laggy periods during cut-scenes, particularly when there are a lot of characters on screen. That said, their infrequency means they don’t detract from the overall experience. And more importantly, these moments never impede a QTE or other plot-critical moment, which ran smoothly.

Comparisons to until Until Dawn were inevitable for Man of Medan, and totally justifiable. The numerous observations I’ve made between the two are not by accident. In many ways, Medan feels comfortably familiar to the 2015 hit but then elevates the premise far beyond what we’ve accepted a horror title can be. The Curator who weaves your stories is an excellent narrator with well-delivered, thought-provoking lines. He often serves to reinforce the variety of experiences you can encounter and his inclusion in future titles is a welcome one. The scares don’t last on future playthroughs, and they were never going to, but your horror experience certainly does. Searching out different scenes and secrets from the many decisions you can take is half the fun, and realising the different experiences you can have across the different modes makes Man of Medan feel like something almost brand-new. And as the first in a series of games offering a new direction, it sets its stall out perfectly, whetting our appetite for what is yet to come.

Man of Medan builds on the solid foundation of Until Dawn. The decisions you make actively alter your experience, meaning you'll want to replay it over and over.