previous
Mable and the Wood review
random
next
The Dark Pictures: Man of Medan review
0 likes 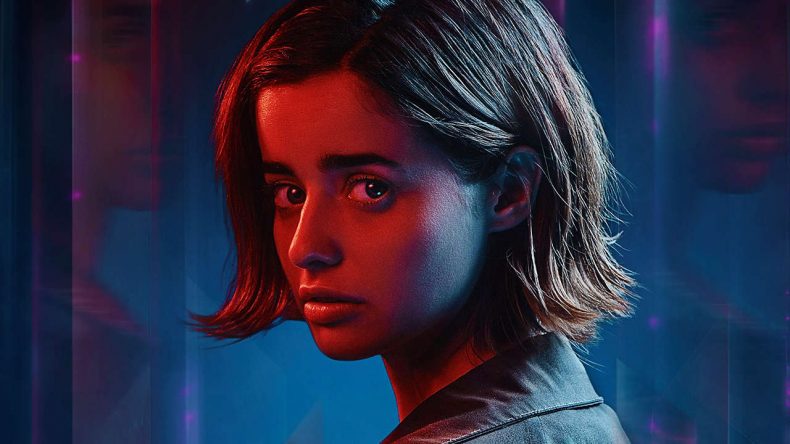 The PlayStation 4’s PlayLink has been a mixed bag of quiz games, murder mysteries, and movie blockbuster adaptions, but they’ve never really taken off. Using your phone to play the games via specialist apps is more novelty than necessity, but the basis is there for that one game to come along and make it a resounding success. Erica is an FMV thriller that makes use of the PlayLink’s interactivity whilst a narrative filled with suspense unfolds in front of your eyes.

If you’ve watched Bandersnatch on Netflix, you’ll have seen how well this kind of thing can be done, and with Erica, Flavourworks has taken it one step further by allowing you to interact with the movie by making choices for Erica, such as how she reacts to other characters and undertaking certain tasks like opening boxes, trimming flowers, lighting lighters, and putting a record on. It’s filled with lots of this, but the problem is how tedious it can be, especially as the control you have is a little loose. Whether you’re playing with your phone or the Touch Pad on the Dualshock 4, finger movements provide little control, and ambiguous directions telling you what you’re supposed to do becomes massively frustrating. When it comes to the branching narrative that Erica offers, you do feel that towards the end of Erica your choices are affecting the story massively. However, for the first 45 minutes to an hour, you’ll just feel a bit like a third wheel. Decisions can sometimes feel forced and far too frequent, and your choices feel forced, however, due to the acting it doesn’t feel like you’re being cheated. Holly Earl plays the role of Erica very well, with subtle flickers of terror in her glances making you believe how vulnerable and scared she is. The supporting cast also do a great job of building the tension, especially Delphi House’s Director Lucien Flowers (played by Terence Maynard), and Chelsea Edge, who plays fellow patient Tobi Neumann.

There’re some moments that catch you off guard and do a good job of unnerving you, especially as the conspiracy builds in the first half of the game, but it never really picks up until later. The fundamental plot is that your father has been murdered, and you are aiding the police into finding out what happened, except you don’t know who is telling the truth and who isn’t. You father was involved in an experimental therapy at Delphi House – a hospital for those with mental difficulties – and he may or may not have been up to something rather naughty. You also find out things about your dead mother, and the interesting cast of characters that make up your fellow patients. At times the plot becomes hard to follow, mainly down to the fact that it doesn’t always explain itself properly. Depending on which choices you make, it feels as though they’re ignoring other options to try and advance the story rather than fleshing out the characters. There’re different endings depending on your choices, but as I’ve said earlier, the story never really gets going until you near the end, so the need to replay it just isn’t there. Although I might not go back to Erica for a while, I thought the tense ending was excellently done, and my final choice was not taken easily. I must have asked my wife about 10 times what she thought I should do, and like me, she wasn’t sure either.

Erica is an enjoyable thriller that stumbles its way through its explanation of some of the character’s motivations, but the final 15 minutes was as good as any thriller released on the silver screen. Much of the mundane tasks take away a lot of enjoyment, but Erica is still a decent purchase if you fancy something different. Austin Wintory’s score is superb, and the acting is really good. If you’ve got a couple of hours to sit and play through Erica, you definitely should just to see what all the fuss is about.

Erica is by far the best game to feature in the PlayLink category, but some of the ideas are unnecessary. The acting is great, but the story never really picks up until the final third of the game.