Mable and the Wood review 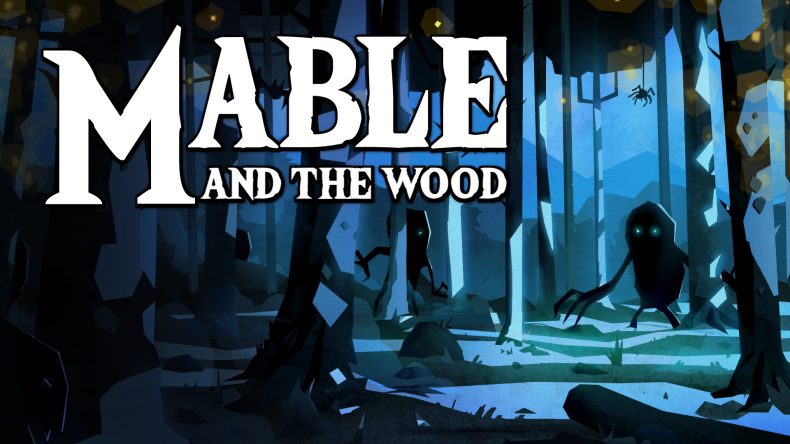 The idea behind Mable and the Wood is a good one. It’s a Metroidvania that tasks you with, well, you aren’t really tasked with anything: you’re just sent out into the world, armed only with an ordinary sword. The thing is, young redhead Mable can’t actually swing the sword she drags around, so combat is a very different affair to the usual genre-fare.

Mable can transform into a fairy, leaving her sword behind to fly short distances. This is done with a simple press of a button. Pressing the button again will recall the sword, bringing it flying Mjolnir-like back into Mable’s hands, cutting right through anything in its path. It makes fighting a bit of a puzzle, as you attempt to avoid damage while finding the right trajectory to cause the most amount of damage with your returning sword. In fact, Mable can turn into all manner of different creatures, once she has stolen their power from bosses. The first is an arachnophobe’s delight, of course, as you battle a giant spider before being able to turn into a smaller version, yourself. This enables you to throw the sword on the end of a web line, climbing and swinging around for short periods, which is all down to our heroine’s limited magical power. In this case, a yellow bar that decreases quickly. It recharges almost instantly though, once you turn back into regular Mable.

Mable and the Wood is as much about exploration and Celeste-like platforming, as it is about combat. Set in a fantasy world and viewed from a side on, 2D perspective. It’s a side-scrolling platform adventure, basically. But you can’t jump, instead you have to rely on the unique abilities taken from boss monsters to move around the environments; with mixed results. Some are quite straight forward, requiring very little work to defeat them. Others are not so simple, requiring you to switch up your form and even react to other enemies that are coming at you, which often feels too awkward with your limited movement. It can make combat annoying sometimes, to the point where sometimes you’ll die and it genuinely doesn’t feel like your fault: things were just too busy for Mable’s limited-time abilities.

That’s not to say that the Mable and the Wood is bad; not at all. Just that its intriguing take on the Metroidvania formula doesn’t automatically translate to it being the best experience. It comes to life slightly more when you’re exploring the various locations of the game world, from towns full of sassy and cynical characters, to caverns and haunted cathedrals. It’s just a little unfortunate that maps aren’t always available, and when they are, they rely solely on your ability to read where you are based on your surroundings, because there is no indication of where you are on the map. Thankfully, when you do get lost, you’ll probably still enjoy using your various abilities to traverse the dungeon or the overworld locations. A lot of that joy comes from the visual design, especially in the outside world. Towns, swamps, treacherous mountain climbs, they’re all beautifully rendered in a 16-bit pixel art style. Although it wasn’t easy to traverse, I especially liked the look of the snowy mountainside as I was forced to climb through the blizzard, periodic winds blowing in and attempting to push little Mable back to the bottom. It looked stunning and it was an early tutorial on how to deal with the game’s platforming challenges.

There’s a surprising amount of humour to Mable and the Wood too, starting with the chanting men who summon Mable in the first place, only to be upset that they have seemingly summoned a little girl by accident. There are others as you progress, like the idiot prince, despised even by his own troops. There’s a rich world behind the game, glimpsed through exploration and through the game’s sparse cutscenes.

I did enjoy Mable and the Wood for a time, but I did find that its unique movement mechanics regularly feel a bit counterintuitive. There was just enough of a fun game beneath its issues, however, to keep me playing. If you’re looking for a Metroidvania with a bit of a twist, you’ll do alright with this one.

An inventive take on the Metroidvania formula, but is let down by some awkward platforming and combat.