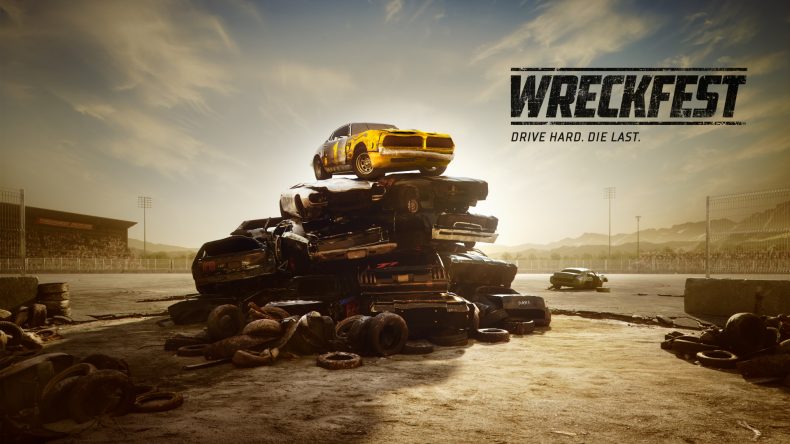 A little over a year ago, I was telling you just how brilliant Wreckfest was when it was released on PC. Since then, developer Bugbear was picked up by THQ Nordic and both have done everything in their power to bring the demolition racer to console. And I have good news and bad news: Wreckfest console is still the great experience it was on PC, albeit with a few flaws.

First and foremost, the AI can be quite inconsistent. One minute, it’s providing some of the most intense and fun racing there is to be had in a game, but the next it’s driving beyond human ability even on the lowest difficulty. This is a game that didn’t employ rubberband AI on PC (indeed, its AI was spectacular) making it doubly strange that it can be a problem in the console version. Thankfully, most of your time in Wreckfest is spent having fun. When the AI is playing fair (well, aside from trying to shunt you into barriers and everything else, this is Wreckfest after all) it’s one of the best racers out there. It takes the decades-old formula of the Psygnosis classic, Destruction Derby, and mixes it with Bugbear’s own FlatOut series, and the end result is wonderfully entertaining. Especially when the destructive nature of the game shows itself.

When you’re put in an arena with nineteen other drivers, with the sole objective of destroying your opponents’ vehicles while attempting to survive, Wreckfest console is glorious in its gleeful destruction. Bonnets and bumpers crumple and splinter, sending shards of metal and carbon fibre flying through the air. The realism of the damage modelling is next level stuff, but it also has fun driving physics to back it up. Things are even more ridiculous when you’re all in combine harvesters, or on ride-on lawnmowers, or V8 sofas. Yes, sofas with massive engines. No, I’m not kidding. It’s as ludicrous as it sounds.

All the impressive damage modelling comes at a cost though, it seems. Even on an Xbox One X, Wreckfest console only runs at 30fps and there are no enhancements to be seen. It looks great still, and the destruction on show is incredibly impressive, but it feels like a game that should run smoother. It also has some tremendously long load times, which I’m assured will be improved in the day one patch – unfortunately not made available during the review period. This resulted in some long waits between races, not to mention several game crashes, which cannot be ignored. Thankfully, the instability issues seemed to be confined to the early hours of the game, but will hopefully be gone altogether by the time the game launches proper. Wreckfest’s gameplay is still top notch; that hasn’t changed in the transition from PC to console. The career mode is filled with a variety of game modes, from standard races to the incredibly destructive demolition derbies, not to mention a few more wacky events that usually involve ridiculous vehicles and lots of flying metal (and ragdolling drivers). Some of the craziest races are actually the demolition races, which usually come with the added objectives of smashing up your opponents or deliberately spinning them out. What sometimes makes them the more mad additions, is the tracks that see you driving both ways on one piece of track, which always make me wince slightly as I drive through oncoming competitors. It’s full of those “woah!” moments when you thread through traffic, only to see your closest rival plough headfirst into an oncoming racer.

Despite its issues, Wreckfest remains a fun racer that recalls memories of the classic Destruction Derby games. It’s almost as good as the PC version (performance issues aside) and the handling is the right mix of arcade and realism, a bit like DiRT 4 was, with enough customisation to keep both casual and hardcore race fans happy. With a patch or two, it could be one of the best driving games on console, but it’s certainly the best demolition racer out there, at the very least.

Long loading times and some instability
AI needs some balancing

The core gameplay is almost as good as it was on PC and deserves to be played, but a few issues hold it back a little.