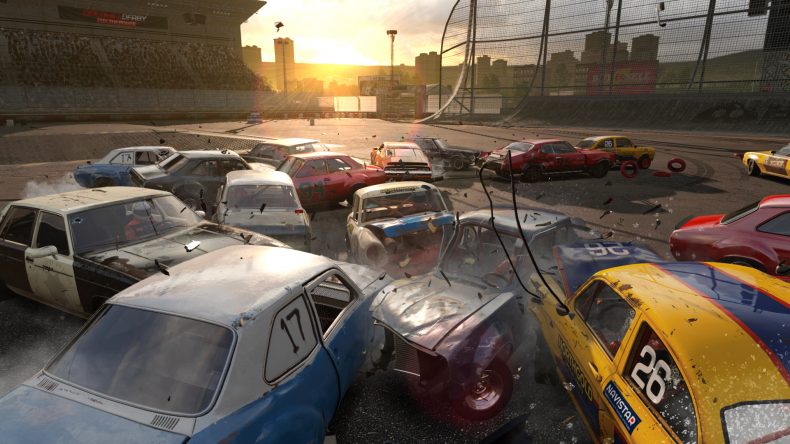 The holiday update has arrived for Wreckfest as well as the Modified Monsters Car Pack.

Firstly let’s have a nosey at the update. The next time you boot up Wreckfest you can expect to see:

If you’d like more in-depth details for any of the above then you can find the patch notes over here.

As for the Car Pack this comes with five backyard built vehicles. You can find a monster truck, military pickup, a dragster, a mini racing car and the pig car. No that’s not a typo. A pig car. The Modified Monsters Car Pack is out today and will cost you $3.99 | €3.99 | £3.29. The Car Pack comes as part of the season pass so if you have that you can pick them up today.

There’s also a trailer for the new cars and you can see them in action in the below trailer.