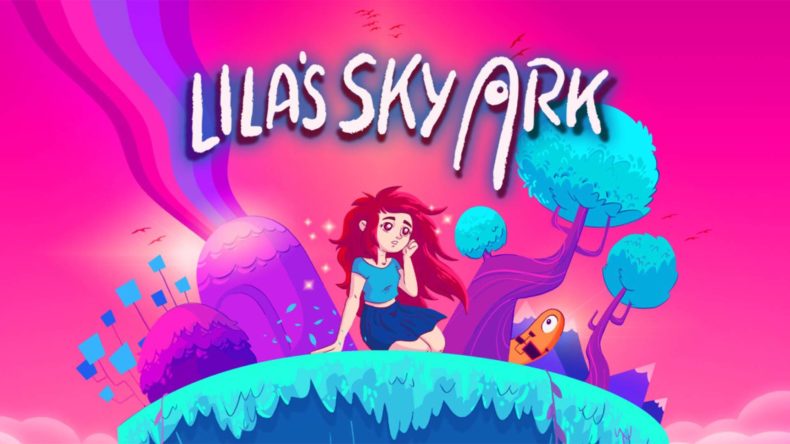 With the vast number of indie Metroidvania titles out there, it takes something a bit unique and special to stand out and warrant your valuable time. Monolith of Minds have produced something that revisits the slightly played out tropes of pixel art aesthetics and incongruent whimsy with Lila’s Sky Ark, but does just about enough to capture the imagination and keep you playing.

For starters, rather than a standard scrolling horizontal platformer, the action takes place in a fantastical top-down Zelda-esque world above the clouds. The music is relaxing, beguiling, and the use of colour and texture give proceedings a dreamlike feel from the off. You play as the titular Lila, who has to explore, puzzle solve and battle her way around the cloud kingdom. Instead of swords, and bows and arrows, the combat in Lila’s Sky Ark involves being able to pick up environmental objects you find and throw them at foes, with different items having different effects. There are bombs, crates and rocks, and many more. 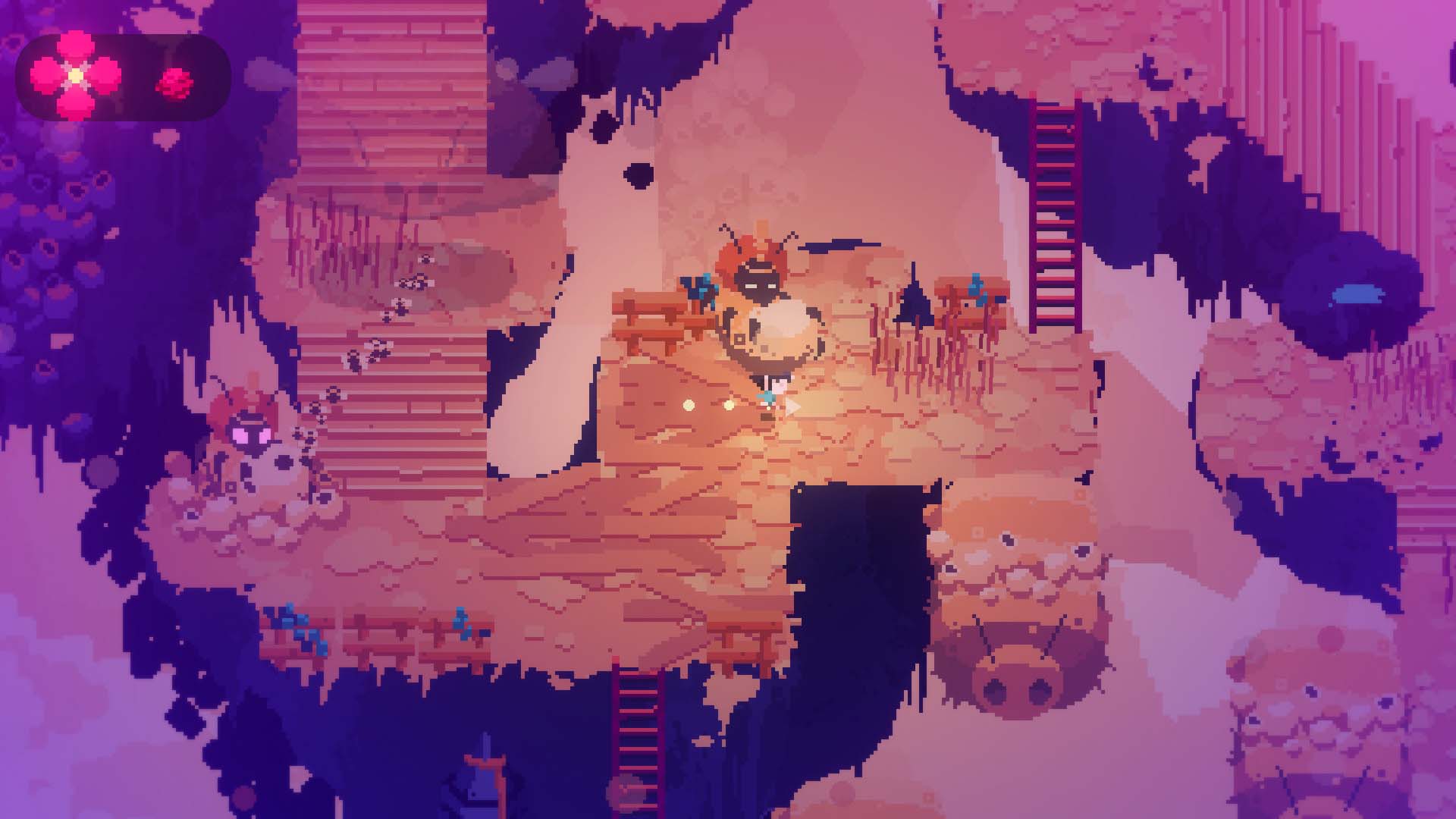 The enemies don’t overwhelm you, and you get an opportunity to experiment with which projectiles work effectively. Unfortunately, the game doesn’t actually tell you how much damage your attacks inflict, and the aiming can be inconsistent and awkward, especially at close quarters, so it can feel a bit like trial and error rather than being able to forge any kind of strategy.

There isn’t actually much of an incentive to battle in Lila’s Sky Ark, either. Unlike most other action-RPG efforts, there is no progression to be made in terms of levelling up, XP or suchlike. This means it makes sense just to avoid most of the standard and somewhat repetitive baddies and save your precious items for the more weighty and meaningful boss encounters.

Whilst there is the time-honoured system of new items enabling what should be the satisfying backtracking that comes with the genre, the rewards don’t have enough oomph or impact to keep the game enjoyable and varied. Another annoyance comes in the way you cannot save the game unless you return to the start. Unlockable warp points in the form of postboxes enable quick travel and drive the story with the letters you receive and can read, but structurally it feels off, and is not helped by a poor world map. 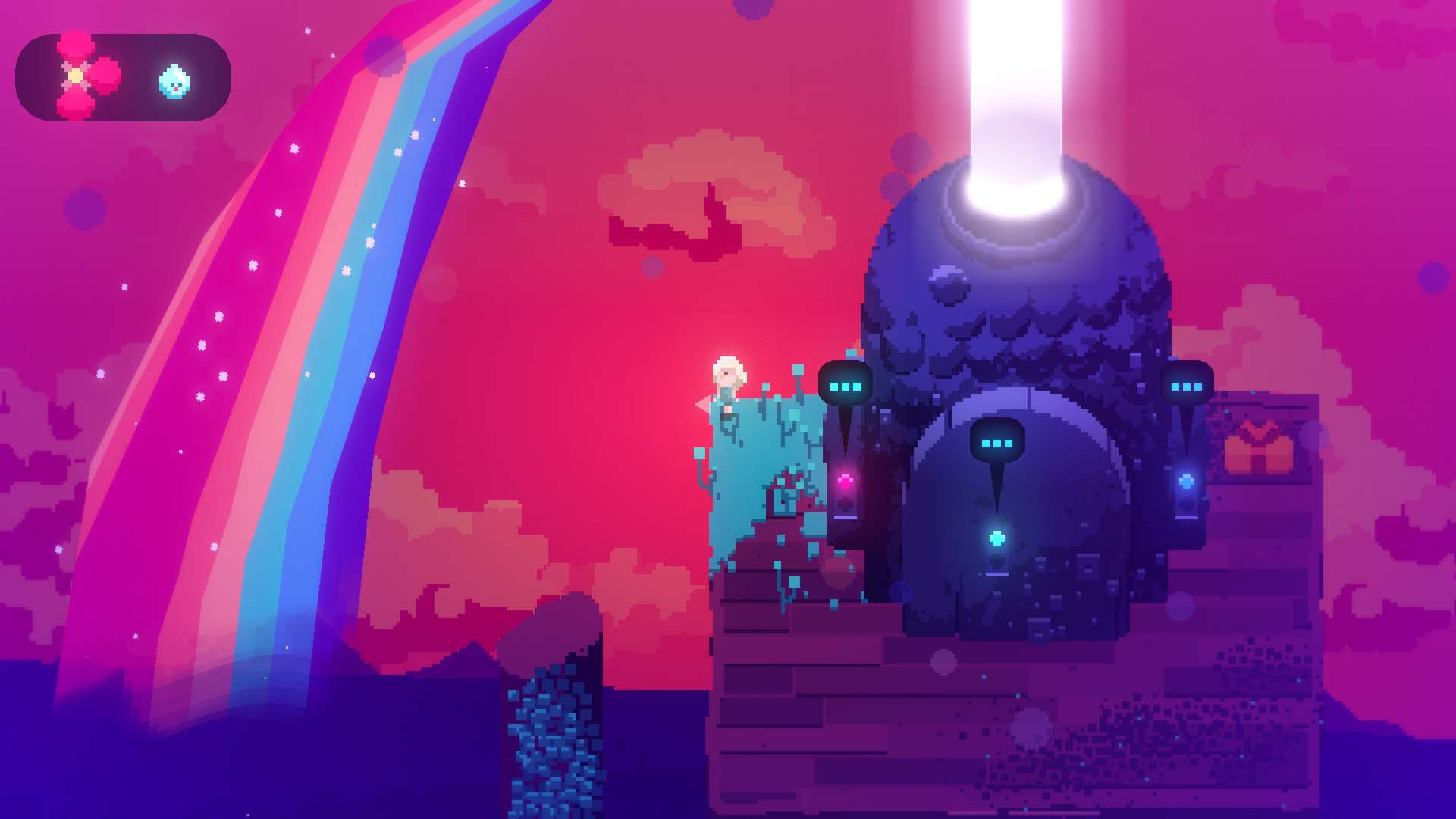 The puzzles and overarching themes of the story in Lila’s Sky Ark are the best part of the game and there are some genuinely funny and heart-wrenching moments that come as a result of each, even if some of the NPCS are completely incongruous to the whole thing. It would have been nice for the story to be pushed along by more traditional means rather than the rather cold letter-opening.

There is not a great deal of variety in the enemies you face, however the environments are diverse and interesting, and the bosses are superb. It looks and sounds terrific, and whilst pretty easy to complete, is a decent little diversion with some unique aspects that will provide a gentle and strange diversion from reality.

Short
Combat feels a little off

Lila's Sky Ark looks and sounds terrific, and whilst pretty easy to complete, is a decent little diversion with some unique aspects that will provide a gentle and strange diversion from reality.