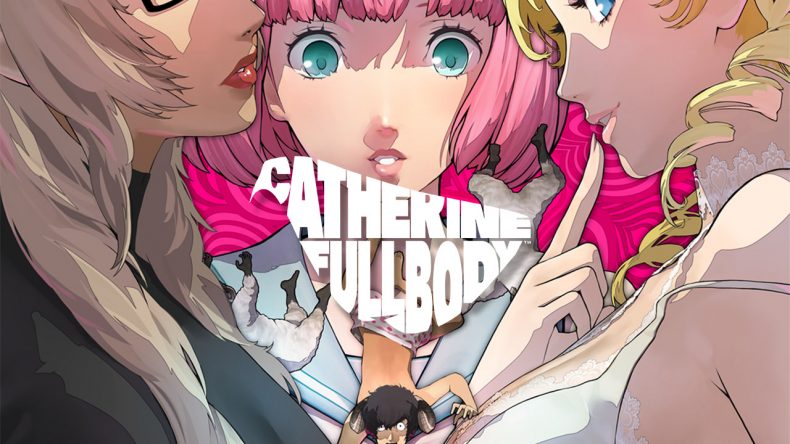 In my mind’s eye, Catherine is a superb story driven puzzler that was criminally underrated around eight years ago when it hit PS3 and Xbox 360. But sometimes we tell ourselves things to make us feel better about some niche entertainment product we loved that nobody talks about, because it’s sitting pretty around 80-82 on Metacritic, so it certainly wasn’t underrated.

What Catherine is, to me, though is a perfect crossover. I love games based heavily on narrative, but I shy away from getting into the full-on visual novel genre. I don’t mind reading in games, but I want some action. Don’t get me wrong, Catherine is massively anime: we’re talking wide mouthed gasps and weirdness off the charts, but the game part is hugely addictive, compelling, and actually a really tricky puzzler. At the risk of retreading our original review, you play as Vincent, a guy who’s age is never entirely clear but appears to be around the atypical area where people get married and have kids. His girlfriend (Katherine with a K) is a career-led person who wants to get married and move from the teenage romance stage, to the married with kids stage. Vincent doesn’t necessarily not want to do that, but the story revolves around him really not knowing what he wants. It’s a story about realising how good your life already is, I think, but there’s so much neurosis instilled throughout that you could take your own story away from it quite easily.

The titular Catherine, then, enters one night when he’s fretting over getting married and settling down. As usual, Vincent is sat at the Stray Sheep bar drowning his sorrows, his friends have long since left for home, and she just waltzes into his life. He wakes up next to her, not remembering a thing. Catherine is portrayed as the lustful version of Katherine, and the story constantly throws up heavy handed moments, as well as ones that make you think. Honestly, you can feel sorry for Vincent one moment and think him an utter asshole the next. The writing is sharp and witty, and your feelings for all the characters move like a whirlwind, which is a great thing. New to Full Body is Qatherine (with a Q), but better known as Rin. A third Catherine has been bled into the story throughout the game. I won’t spoil reveals and story moments, but this doesn’t feel like a lazy addition at all.

The moments involving Qatherine, however, are done in a manner that my ageing mind couldn’t recall if they were entirely new, or there to begin with. Full cut-scenes, story moments, and even within the puzzle sections: again, Qatherine is introduced as though the story was always like this, which made me feel like I was almost playing Catherine again for the first time. Excellent. So while much of the playing is checking your phone, wandering the Stray Sheep, and watching story play out, the rest of the time is spent in your nightmares, puzzling away. Block puzzles might not be new, but Catherine asks you to truly think quickly and react so as not to fail. As Vincent you have to push and pull blocks, climbing your way to the top of the tower and escaping certain death. If you die in a dream, you die in real life – right?

As you play, there are elements introduced that ensure you’re never comfortable. Just as you’re getting the hang of it, suddenly spike traps or ice blocks are introduced. Power-ups let you take some of the pressure off, but when a gargantuan baby is climbing behind you screaming “why are you running, Daddy?” it’s hard not to find your palms sweating. Yes, Vincent is figuratively and literally running from his problems. Perhaps that’s what it’s all about, after all. With Full Body, you can skip the puzzles if you just want the story. Remix mode changes up the puzzles if you somehow remember how to do them all quickly, while there are supposedly improved visuals that I couldn’t really spot. It looks nice, still, but it was only a generation old and is heavily stylised anyway: Catherine looks good, basically.

Getting the original voice actors back for more work is a superb achievement given the status of the likes of Troy Baker (Vincent) and Laura Bailey (Catherine). There’s also twice as many puzzles as the original game, and brilliantly, this time the multiplayer mode has online play included. There’s lots of content here, but really, Catherine: Full Body is a chance for a niche curiosity to be seen and played by a wider audience. Yes it’s anime, but that shouldn’t put you off. When the credits have rolled, what you’re left with is an utterly wonderful, essential puzzle game.

A fantastic puzzle game hides underneath an interesting, engaging story. There’s plenty here to warrant another look, and if you skipped it before, don’t pass it over this time.