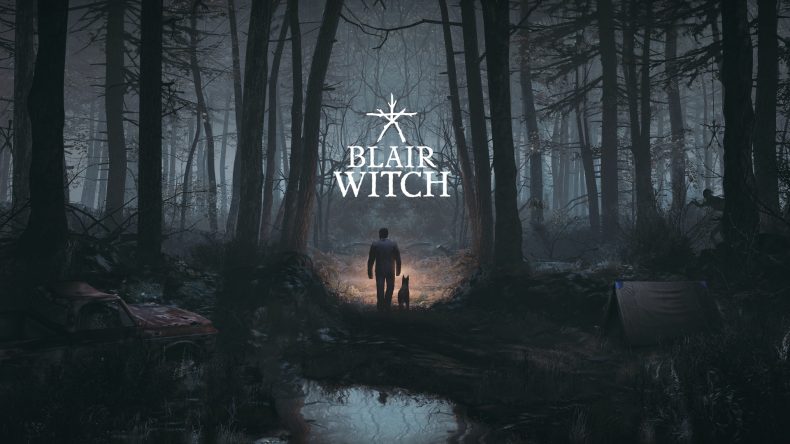 Love it or hate it, there is no doubting the impact The Blair Witch Project had on the movie industry. With simple cameras, no special effects and an antagonist that is never actually seen (trust me, I looked), it created a brand new subgenre of horror. The recent Blair Witch movie tried its best to recapture the magic of the original, but made the mistake of removing a lot of the mystery of the unnatural forces at work in the Black Hills Forest. It’s clear that there is something morbidly fascinating about the lore of this fictional witch, or whatever it is in that forest, because the Blair Witch is back in this new game from the maker of Layers of Fear.

Set in 1996, two years after the events of The Blair Witch Project, you play ex-cop Ellis as he travels to the Black Hills Forest to aid local police in finding a missing child. Arriving late, Ellis decides to head into the woods by himself, to catch up and maybe find something the cops missed. Going into a forest plagued by disappearances, by yourself? I’m sure nothing could go wrong… Thankfully, Ellis does at least have his trusty dog Bullet for company. He’s such a good boy, as he helps seek out evidence and follows the scent from found objects. He’s an integral part of the whole experience, especially when you find yourself getting lost in the darkness of the Black Hills Forest. Holding the left bumper brings up a radial menu of commands too, so you can tell Bullet to search for clues, stick by your side and even pet him. If you don’t pet that good boy, you are a monster. Just saying. Straying from Bullet for too long is also a big no-no in Blair Witch. There’s a real connection between Ellis and his canine friend, to the point that his sanity will decline if he can’t see Bullet. This means panic attacks and blackouts. Not good when you’re in a haunted forest.

Oh yes, like The Blair Witch Project, this game does not stray away from the paranormal shenanigans. This is even before you actually start to see things. Or do you? There are enemies in this game, fought off only by aiming your torch at them, but I don’t know whether I can say you see them or not. Bullet will growl and bark in their direction, you will hear them moving around, but every time the torchlight hits them, there’s a flash and they’re gone. Leaving you none the wiser as to what’s actually hunting you.

This is part of what makes Blair Witch such a potent horror experience, but it’s only the tip of the iceberg. Like the original film, Bloober Team have really captured the feeling of going around in circles, making you question your own sanity as you struggle to piece together what’s going on. This is also helped by the clever puzzle tapes that are found throughout the story. These tapes can be watched through your handheld camera and show events from the past, related to the area you’re in at the time. They’re simple, not sure I can call them puzzles really, but finding the right point in the tape will change your surroundings in the present. It’s impressively done and it really does help sell the psychological angle of the game. You also have a radio, through which you can talk to the sheriff leading the search party, as well as a mobile phone that can be used to receive texts and make calls. Answering the radio and the phone is important, but it isn’t always mandatory, so it’s up to you how much story you see…well, hear, in this case.

Given that you’re in the Black Hills Forest, it should come as no surprise that you’ll be spending an awful lot of time looking at trees and bushes during your time playing Blair Witch. No matter whether you’re in the rare daylight sections of the game or in the deep dark of night, you might be surprised at just how good looking this game is, especially in its lighting. At night though, you’ll only really see a dozen feet ahead of you at the most, but it’s an incredible representation of how little you actually see in the dark, in the middle of a wooded area. It’s incredibly claustrophobic.

Usually I would be telling you now that seeing the same trees, bushes and dirt is repetitive. I might be saying that it feels like lazy design. Not so here, however, as it’s actually part of what makes the game so authentic. In The Blair Witch Project, Heather, Mike and Josh began their descent into madness through simply being led around in circles. Blair Witch does the same thing, cleverly designing its environments so that even when you think you’re going the right way, suddenly you’ll find yourself staring at the same damn tent you’ve been past twice already. Yes, this happened to me – more times than I cared to admit. It is quite easy to get lost in Blair Witch, as even Bullet doesn’t seem to know the way to go now and again. On a few occasions I stumbled upon the way to progress completely by accident, usually after some swearing. Whether Bloober Team always intended to give you that feeling of getting lost or not, there were a few times where I just didn’t know where to go and it started to lose some of the atmosphere after running around an area for the fourth time. A little more direction during those moments would have been appreciated.

That said, Blair Witch is easily one of the best psychological horror games I have ever played. Honestly, I’d love to see what Bloober Team could do with the Silent Hill licence, because there were times during this game that seriously messed with my head. In that strangely good way that only a good horror experience can provide, as weird as that probably makes me sound. Blair Witch’s story is bizarre and sometimes a struggle to follow, but that mystery only adds to the authenticity. This is a game that fans will love, but newcomers can also appreciate as a fantastic slice of psychological terror.

One thing’s for sure: I’m never going into a forest ever again.

Sometimes it’s too easy to get lost

Blair Witch nails the feeling of the original movie, producing the same paranoia and terror as many felt in the cinemas back in 1999. An essential experience for any horror fan.