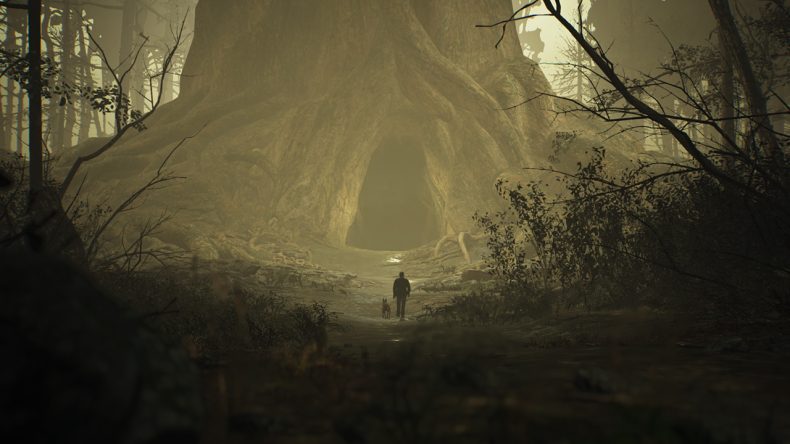 I loved Blair Witch back when it released on Xbox and PC nearly a year ago. It captured the atmosphere of The Blair Witch Project perfectly, with its emphasis on getting lost in the woods and dealing with strange phenomena, and it looked great too. Its lighting effects were terrifying, really capturing the darkness of being deep in the forest at night.

But how does it fare, swapping the power of an Xbox One X and PC for Nintendo’s hybrid console? Bloober Team’s spooky Layers of Fear has already shown that the developer can create an impressive Switch port, so I dived right into Blair Witch with my hopes high.

And for the most part, those hopes were met. Look, we all know that the Switch (although an excellent system) is lacking in power compared to the other consoles. We don’t expect ports to match the 4K visuals or anything, but we do expect them to still be completely playable, even when scaled down to meet the specifications of Nintendo’s console. Again, for the most part, Blair Witch delivers.

We begin with Ellis and his dog, Bullet (AKA the very best boy), as they join the search for a missing boy in the Black Hills forest near Burkittsville. The very same forest in which Heather, Mike, and Josh met their fate in The Blair Witch Project. This new story takes place two years after that original found footage movie, but it does feature some of the same locations and ideas that made the movie such a huge success back in 1999. The game does add its own ideas to the mix, though. Mainly using the camcorder that Ellis finds early on in his search. Certain tapes, when played using the camcorder, reveal clues about the whereabouts of the missing 9-year-old, Peter Shannon, but they can also manipulate Ellis’ surroundings. Whether it’s making objects appear or changing the environment to create new pathways, this mechanic is used to great effect throughout Blair Witch. It’s even used to create tension later on, during a very creepy section of the game.

But how does it cope on the Switch, visually? Well, it’s noticeably downgraded from the PC and Xbox One versions, but still maintains the same look that replicates the Black Hills forest rather well. That said, it has some real issues when it comes to its depth of field effects. A lot of the time, it feels like Ellis is shortsighted and has forgotten his glasses, because things often look out of focus until you’re right on top of them. I suspect this is one of the compromises used to get the game running well, but it’s really quite unpleasant on the eyes while playing on a TV. It’s less of a problem in handheld, where the game performs just as well as when it’s docked. Whether you’re deep in the woods as the sun goes down, pockets of hazy light filtering through the canopy, or in pitch darkness with your torch illuminating the bare minimum, the Switch version doesn’t really struggle at any point. The smaller screen doesn’t cause any problems in seeing things, with the possible exception of seeing your camcorder screen without lifting it up, which isn’t really an issue on a TV screen.

It’s not a perfect port, mind you. Bullet’s AI sometimes runs into problems, with one notable incident leaving him stuck on the scenery and forcing a checkpoint reload. And although the game usually does look impressive, there were a couple of moments where I noticed some low-resolution textures, as well as some strange changes in lighting.

None of this prevented me from really enjoying another run through Blair Witch. The atmosphere is still top notch, encounters are still tense, and it still does a great job of recreating the psychological horror that plagued the characters in The Blair Witch Project. It also still contains one of my favourite moments in any horror game, which loses none of its potency in this Nintendo Switch port.

Depth of field is far too strong
Some lighting/texture issues

An atmospheric horror that remains faithful to the groundbreaking original movie, Blair Witch works well on Switch, though not without one or two technical issues.