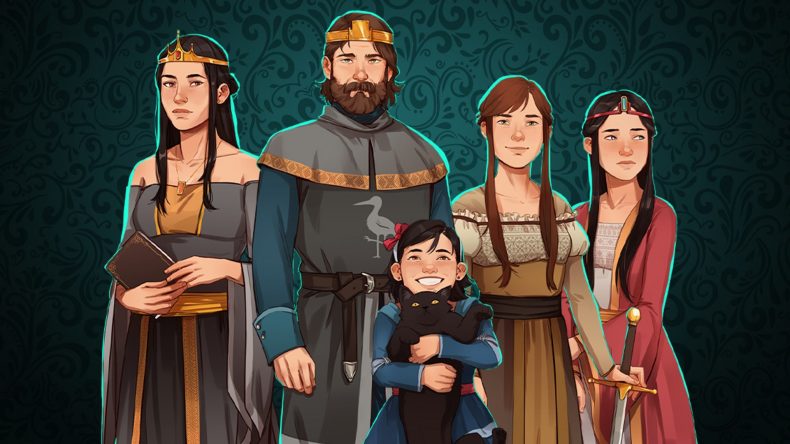 I’d make a pretty bad king. I’m far too nice and giving. I’m so nice and giving, in fact, that my kingdom in Yes, Your Grace in an almost permanent state of poverty. Want some gold to open a tavern? Here you go. Want some supplies to replace yours after a barn fire? No problem. As a result, my line of petitioners is usually happy, but I spend most nights weeping into my velvet pillow and my loan shark bank manager lives like, well, a king.

Because running a kingdom is hard, especially when it’s a kingdom on the verge of war and financial ruin, whichever comes first. As King Eryk you’ll face a list of decisions every day that could doom or save your people, rupture your family, or make or break alliances with the surrounding lands.

Originally released earlier this year on PC, Yes, Your Grace is almost like a Game of Thrones simulator, as you attempt to navigate around political intrigue and arranged marriages, assassinations, coup attempts and drug epidemics. There’s no shortage of stress, as each day you sit your throne and deal with a line of petitioners entreating you for anything from hand-outs to rescue attempts. Weaving it altogether is a central plot involving an army of barbarians to whom you once betrothed your eldest daughter in a bid to save your kingdom. Now they have arrived to force you to make good on your promise, but you’ve no intention of handing her over. It’s a shame that so many of the big decisions are made for you and Eryk’s personality is already more or less decided. You can choose to be firm or fair in certain decisions, and choose which alliances to uphold and which to forsake, but ultimately Eryk is a put-upon everyman who just happens to wear a crown.

That said, the plot is intriguing, and choosing who to help and who to ignore can have far-reaching consequences. You only have so much gold and so many resources, and dishing it out to your subjects, maintaining the army and keeping your straggling economy afloat is a hard task. There’s also the question of raising a force strong enough to defeat the invaders, which relies heavily on which alliances you court. Some are easy: a neighbouring ruler might simply want money or access to Eryk’s library, while others will be in direct conflict over land, entitlement or trade. One pair are at loggerheads over the selling of a narcotic called Oracle Dust. Choosing the one with the biggest army is often the worst choice morally, and while you could argue that the kingdom is all, there are some genuine quandaries. You’ll also deal with your family, the Queen and your three daughters, who each have their own issues, subplots and decisions to foist onto your shoulders. From your youngest and her line of exotic pets to the middle child who wants to learn to fight. There are occasional surprises in the story, and props have to go to the devs for eliciting so much emotion from pixel art characters. There are some truly great moments, despite the fact that everyone communicates in subtitled grunts and groans.

The Switch version looks almost identical to the PC version, but you if you play both you’ll notice increased load times on the console. It’s not a major issue, but can break up the flow when you’re flitting from screen to screen putting out metaphorical fires. One thing I will say is that text sizing options would have been welcome. I didn’t struggle to read or make anything out, but there are those who will find it difficult in handheld mode. If you played on PC I wouldn’t rush out to grab the Switch version, but if you missed it and fancy a bit of court intrigue, I’d highly recommend giving Yes, Your Grace an audience.

If you played Yes, Your Grace on PC I wouldn't rush out to grab the Switch version, but if you missed it and fancy a bit of court intrigue, I'd highly recommend giving it an audience.